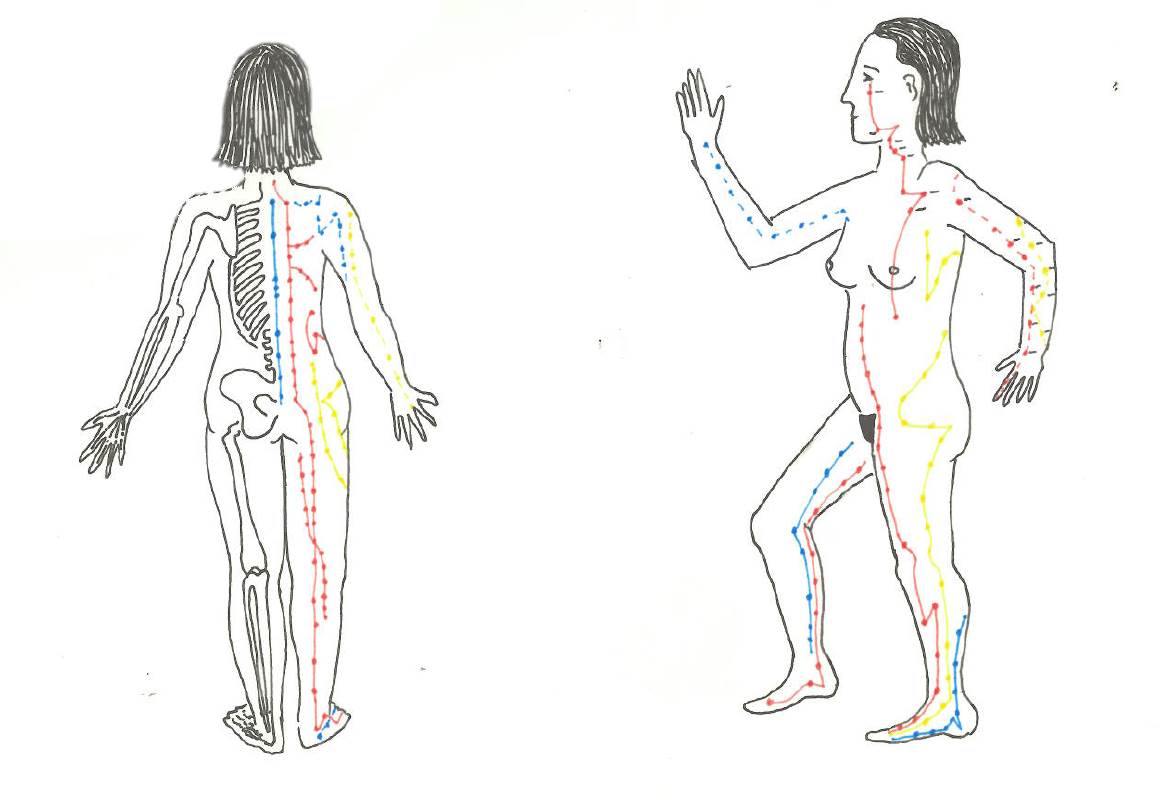 It starts not with blood pressure, temperature, and weight measurements, but with looking at the top and bottom of your tongue and feeling your pulse on both wrists.

Visiting a doctor who practices traditional Chinese medicine is nothing like visiting a Western doctor. The language, diagnostics, and classification of illness are completely different. When I recently asked my Chinese medicine doctor how I was doing, her assessment was that my blood was deficient and that my heart had too much fire. My qi wasn’t cycling enough times during the day to resolve these issues on their own* (*my interpretation of what she said). 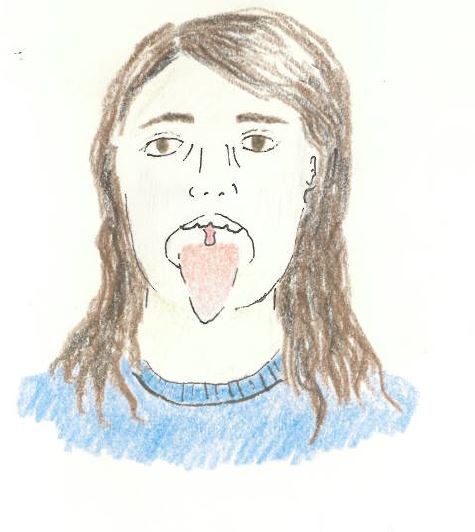 I first went to a doctor of traditional Chinese medicine when I was 16. My parents have always been in favor of alternative therapies, and in my case, Western medicine had no solutions for a chronic health problem I was experiencing.

This first doctor was named Fu Zhang. He had an office in Chinatown dominated by a floor-to-ceiling wall of wooden drawers marked with Chinese characters. The office smelled of herbs and dust; there was nothing sterile or clinical about it.

The first thing Fu Zhang would do was pull you into the examining room, which was just an area of the waiting room separated by a white bed sheet, and say “What’s wrong with you, lady?” He’d look at your tongue and feel your pulse. Then he would start opening drawers and plucking out unidentifiable ingredients, dumping everything helter skelter into the kind of plastic bag you get at the grocery store. 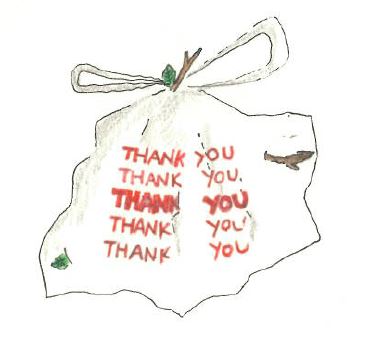 This bag full twigs and leaves sticking out was your medicine. You were to take it home and brew it in water to make a tea. 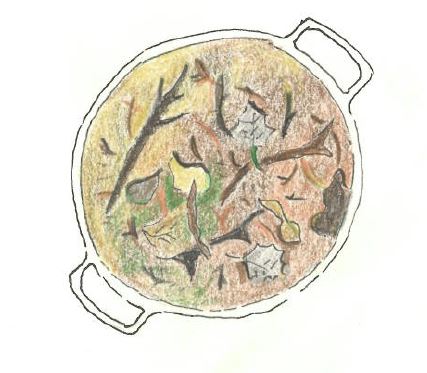 I called it “forest floor tea,” and cooking it made the whole apartment smell like pungent, medicinal earth. It tasted how it smelled, and I quickly stopped making it. The plastic bag full of twigs and leaves gathered dust.

After Fu Zhang, I went to another Chinese doctor, also downtown, whose name I no longer remember. His treatment consisted of having me lie on my stomach on a futon while small pyramidal herbs smoldered on by back. It was warm and passive and not unpleasant. 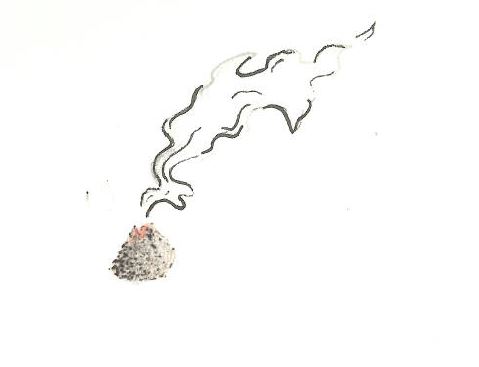 Definitely better than the tea.

In my 20s I started going to acupuncture with a woman named Jennifer. She was less traditional than Fu Zhang. In addition to being a licensed acupuncturist, Jennifer also owned a nightclub.

The needles were small and didn’t hurt. Usually she put in about eight total needles distributed between my head, hands, stomach, legs, and feet. Then she’d turn on a few warming lamps and leave me to listen to “relaxing” Spanish guitar music intermingled with the patient consultations on the other side of the thin walls. She did not ask me to drink any forest floor tea.

Recently I started seeing someone new, Doris. Her treatment is the most intense I’ve ever experienced. She puts in the needle and then taps it until it meets resistance. 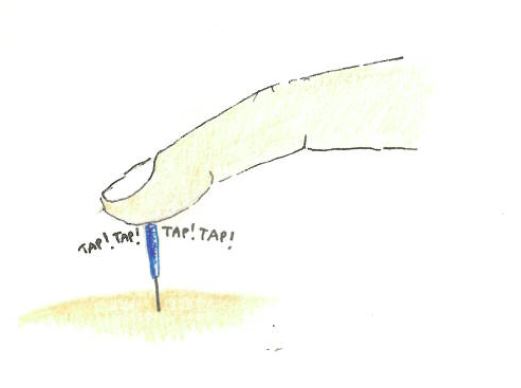 Then she twists and wiggles it some more, as if trying to make completely sure it’s in just right. 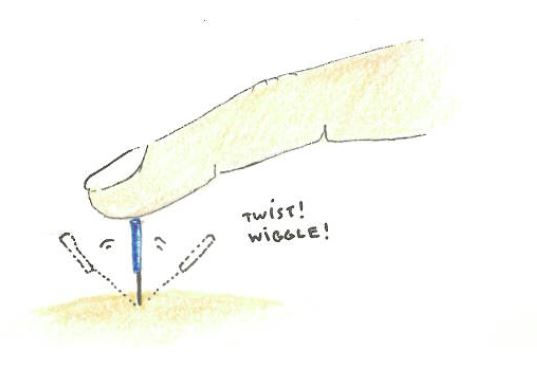 As she’s tapping and wiggling, I always imagine a transparent sheath a few millimeters beneath my skin protecting my vital organs from the needles. According to my friend Karina, who used to be pre-med, this is not just my imagination: “It’s called an abdominal wall,” she informed me, “and it’s not that thick.”

Doris says the treatment is more effective if the needles vibrate, so she attaches little pincers that transmit a mild current. Even a mild electrical current feels quite strong when it terminates in your body. She puts about 15 needles in my hands, stomach, legs, and feet. To notify me that she’s about to turn on the electricity she says, “Now, I open you.”

It makes your toes and fingers twitch and contort in unnatural ways. 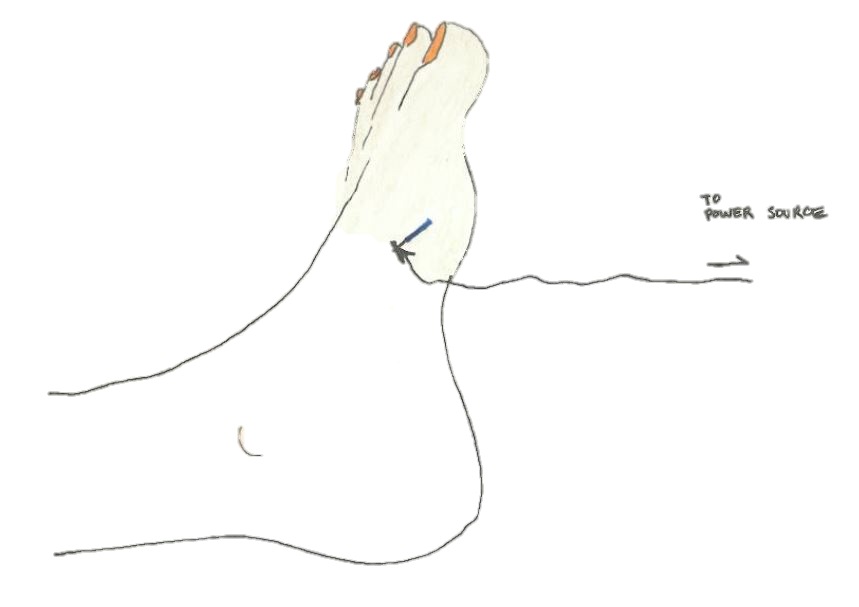 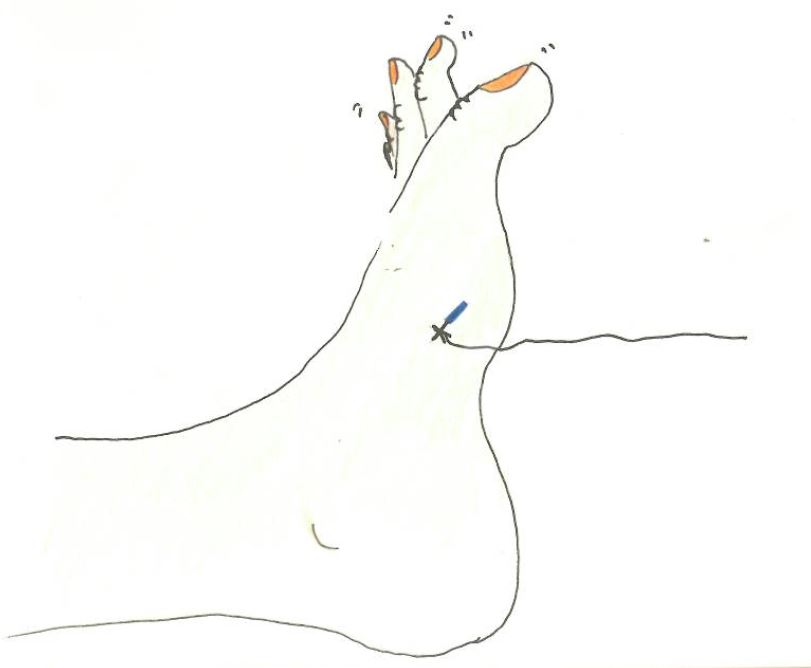 Doris does not do things in half measures. Once, she tapped and wiggled a needle particularly vigorously into my ankle. Owww. When she removed the needle after the session was over, she delightedly – almost proudly – showed me that it was about three inches long. 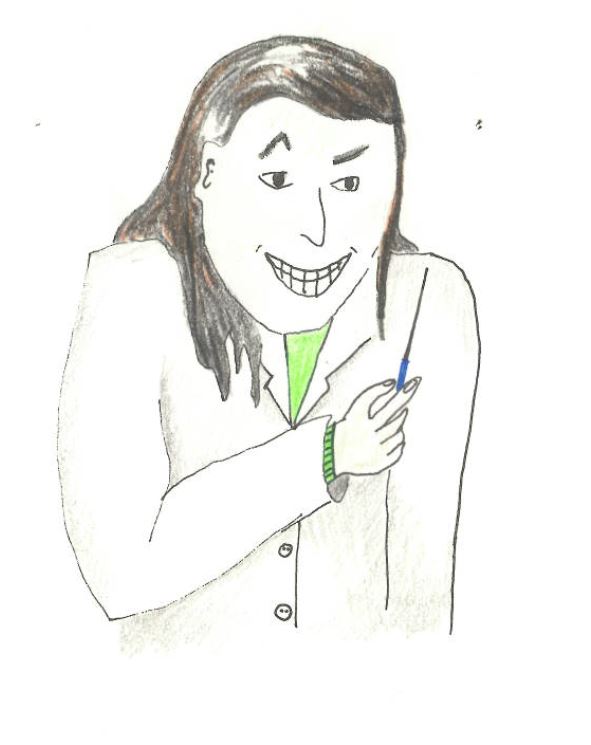 After each session she “massages” me vigorously and painfully for about two minutes, on my back and my front. She said this helps get the qi moving (?).

Doris speaks very, very little English. One time she was telling me to eat something that sound like “GO-cheese.” I thought she meant “goat cheese,” which seemed not very Chinese medicine-y. Finally I figured out that she meant gojis – as in, goji berries. 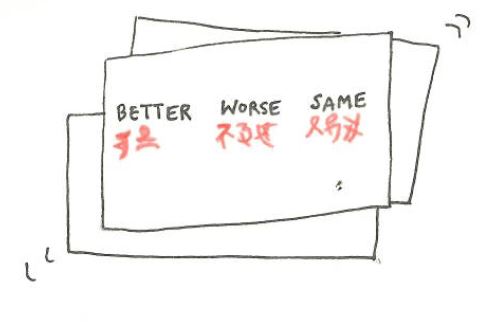 After that, I asked Doris’s daughter, who speaks excellent English, to make me some flash cards so that we can communicate simple words and phrases.

It’s a strange experience to see a doctor with a method of assessment and treatment that is not my cultural norm. The language barrier means that I have little understanding of what is happening; I take herbs whose names I don’t know, with labels I can’t read, and whose effects remain mysterious to me. I willingly subject myself to electrified needles. I actually do still drink forest floor tea (I tolerate it better now that I’m older). Despite the mystery of the process and materials, I keep returning to Chinese medicine, mostly because it has worked.

Even if you see results, which I have, it can be a struggle to explain it all to your friends and family, and sometimes to yourself. But health is a mysterious thing no matter which medical model you abide by; it always requires a bit of blind faith. All you can do is keep going.