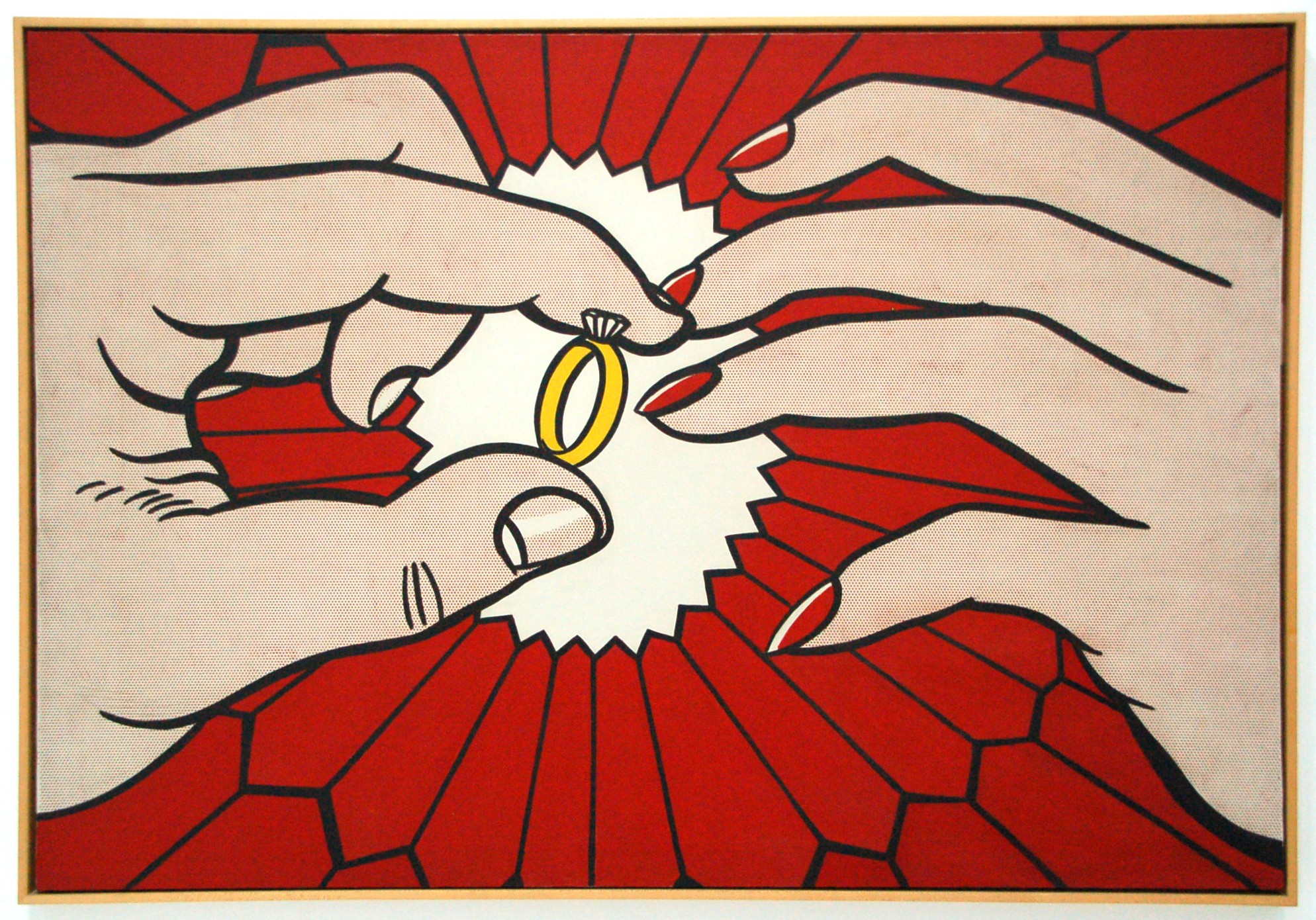 In the early years of our relationship, when Lars and I were just out of college, we attended two weddings of our peers. The couples were pretty different from us—dating since their teens, religious—and we experienced the occasions like anthropologists observing exotic customs.

Then our mid-twenties arrived and, with them, a torrent of weddings. One after the other, our close friends all started getting married. These occasions allowed us to leave our ordinary lives behind for a weekend, drive to some inn or farm, don fancy clothes, and watch our peers act older and wiser than we felt.

Once Lars and I returned the rental car Sunday night, we’d be back to our cruddy apartment in Queens. Come Monday, I’d be sorting more newsclips for a boss who found me talentless and disappointing. The future did not seem fecund with promise; it felt unknowable and scary. On more than one occasion Lars had found me in our bathtub, sobbing into the water, telling him I’d peaked and was now a waste of space. While I believed in our relationship, I could not imagine declaring to the world my confidence in life ahead. Love was real, and we had plenty of laughs and joys together, but despair conquered all.

As a child, I attended one wedding, for the son of my parents’ friends. During the reception the bride sat in the middle of the dance floor, and the groom stooped onto his hands and knees and crawled up her dress. To the soundtrack of saxophones and hoots, he slithered out, triumphant, a lacy band between his teeth. My parents tsked and ushered us kids back to our table. I changed into shorts and spent the rest of the night cartwheeling down the hotel hallway.

Television and movies advertised more desirable weddings, but by young adulthood the tradition still had not grown on me. Like many of our generation and social milieu, Lars and I viewed marriage with an eyebrow up. He is a child of divorce, remarriage, and blended families. My parents’ lasting marriage—built upon my father as earner, my mother as caretaker—modeled a codependency I didn’t want.

Even as I watched my peers build stable, egalitarian marriages, I told myself I didn’t need a new relationship status to bolster my self-worth. Lars and I were together by choice, asserting our connection each day. We didn’t require some retrograde ritual to legitimize us.

Yet as I attended more of them, weddings felt less like an act and more like life itself. When the groom wept as his bride floated toward him, I cried, too. Each couple’s leap into eternity seemed not just symbolic but real. I began to believe in their transformation as a Catholic believes wafer and wine become body and blood. My feelings of love and my sense of mortality overwhelmed me. I had one life, and I wanted to spend it with Lars.

During those years I also started to get a handle on my depression and find a semblance of career traction. More days felt like adventures I wanted to try; fewer, like just another chance for adulthood to knock me out. The future seemed something we could build, rather than an abyss I was one overlooked typo from tumbling into.

At some point during these years, Lars and I had told each other we wanted to be with the other person through it all. In organic spurts, we’d started planning long term, talking finances and housing. We’d had strenuous back-and-forths about whether we would have kids or not, whether we could be happy as parents, eventually moving toward the idea that yes, one day, we would try to do that.

And we had said that one day it would be nice to have a wedding. It would be meaningful to celebrate the sustainable existence we’d forged, to declare ourselves a team before our families and friends and participate in the tradition our culture reserves for that intention. I liked this idea more than I let on, even to myself.

At something like wedding 15, my tears persisted after the ceremony ended. As Lars and I walked hand in hand away from the white wine and hors d’oeuvres and out through a late summer meadow, I told him, “It makes me sad that we’re not doing this, too.”

How I hated saying that! It was mortifying to admit my flicker of concern: maybe if Lars felt more connected to me, more confident in our future, he would want to get married—not in theory, not down the road, but now. His less urgent desire to do this read as rejection. As I often do, I turned my sadness inward. Would a cleaner bill of mental health and a more kickass job make me marriage-eligible? If I really were the perfect partner for Lars, wouldn’t he want to announce it for all to hear, at this very moment?

And what horrible gender cliches this mapped onto. Never before had I played the role of needy female with Lars, seeking more devotion than my freewheeling man wanted to give. Mutual desire had fueled our decisions to be a couple, live together, live as though we’d always be living together. I’d never had to pull the cart, to bargain for coupledom, anniversary dinners, or a joint lease. Lars delighted in stability and commitment. He made me feel chosen and wanted.

Yet here I was in a party dress on its fourth or fifth wedding, sniffling and asking for more. I believed we were forever, and Lars assured me that he wanted to spend his life with me and get married, at some point. But I wanted the future to be the present, and I had to say it out loud.

Once you admit you want something, it’s hard not to see it everywhere, especially in our performative culture. I talked to friends about their engagements and attended their weddings; I also received status updates and perused professional pictures that accompanied each one. When you acknowledge that you, too, want to marry, you notice which hands on subway poles sport rings, and then if you’re me, you chastise yourself for looking. You feel like a fraud when people ask if you guys are ever gonna tie the knot and you tell them, in measured tones, that you think it would be nice maybe one day, rather than the truth: that you’re aching for it.

One lazy weekend day, as Lars and I sat on the couch and I tried to concentrate on the crossword, he asked me what I was thinking about.

The conversation we had before. What it would be like to plan a wedding with you. Whom we would invite, if it would be outside, what song we’d dance to as husband and wife.

“Just trying to figure out this puzz.”

I wanted to be less obsessed with marriage than I was. We did talk about it several times after that, still as a future event. Over the next year we bought an apartment together, adopted a dog. And then we didn’t discuss weddings for a while.

I knew people who had taken the reins and proposed to their boyfriends. I submitted to tradition and waited.

One August afternoon, at the end of a long walk with the dog through the woods in Maine, Lars asked me to marry him. No ring, no pomp, just the question, and I said yes. It drizzled as we walked back, but we maintained a leisurely pace.

By the time we married, we had lived together for 11 years. We’d told each other long before that we intended to spend our lives together. We’d expressed that to everyone else when we got engaged. What was left?

The ceremony flooded me, a pragmatist who shuns magical thinking, with joy greater than the sum of its parts. The walk down a hill to find the faces of those we love, all assembled in Lars’ mother’s backyard. (Birthday parties as a child so daunted me that I didn’t have any from age six to 16; now I’d asked everyone to travel and give us their weekend. That was miracle #1.) Lars’s gaze at the end of that path, my comfort in its familiarity, and the exhilaration in seeing each other about to do something new. The words “with all that I am and all that I have,” beneath whose weight I crumbled into tears. So much of early adulthood had left me feeling like cracked glass. How do you promise yourself to someone when you think you might shatter at any moment? Now on our wedding day, I knew that whatever I brought to bear was enough.

After the weekend our lives continued in many ways exactly as they had before. We went back to work, and I spent the next week not with my husband but on a camping trip with sixth grade students. We do have new material for banter: when one of us annoys the other, we retort, “Well, you married me.”

But the power of ritual still brings us back to that day. Sometimes when I catch a glimpse of Lars, I think, you are my husband, and it feels natural and inevitable, but also thrilling and rich with possibility.

Sonny is a teacher in New York.