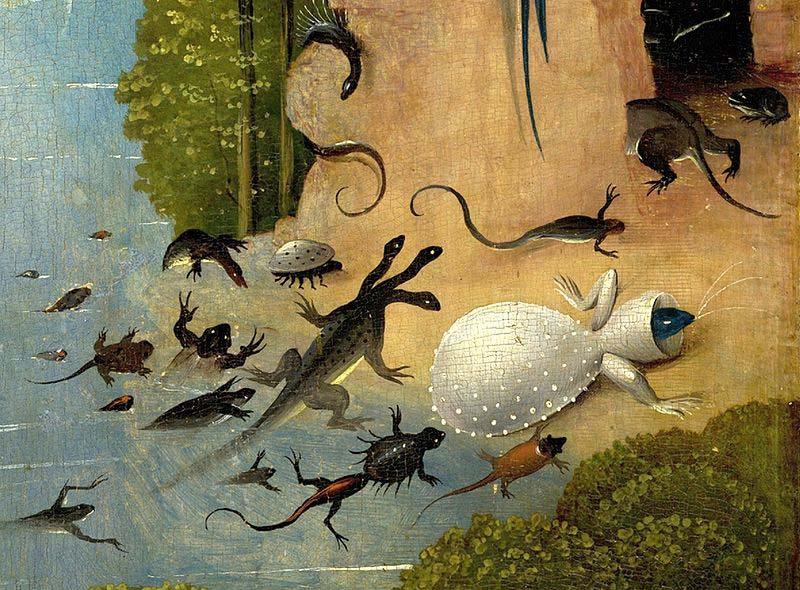 Last year I got caught in an existential battle between my inner feminist and my ego.

I was giving someone I used to supervise her annual review. I had only good things to say about Victoria (not her real name): her work was excellent, on time, and thoughtful. She was young and early in her career, and I was really happy with her development and wanted her to be satisfied in her role. She’d been underpaid for some time, and I had worked hard to get a significant raise for her approved by my boss. Victoria and I had sometimes struggled to connect, and I was looking forward to giving her the good news.

After I told her that I was really happy with her work and wanted to show my appreciation with a salary increase of more than 20 percent, I waited to see Victoria smile and hear her expression of happiness. Only she didn’t seem especially glad.

She thanked me quickly, then immediately said that she thought her work and my glowing review merited an increase of $10k over the one I’d just given her. Furthermore, she noted, the west coast city we live in is very expensive, and the cost of living was very high.

I was surprised and frustrated. And honestly, I was annoyed.

But I felt bad for having this reaction. I’ve read “Women Don’t Ask.” I’ve seen research about the dramatic difference in negotiation frequency between genders, including one study of a group of women who negotiated their salaries as little as seven percent of the time (while men did it fifty seven percent of the time). In short, I have come to think of asking for more money as a feminist issue, and in that spirit I have long counseled friends to ask for raises and promotions, and forced myself to do it as well. So when Victoria asked for more money, I surprised myself by first thinking, “Really? She thinks she deserves more?”

It bugged me that she had barreled right past “thank you” on her way telling me she wanted more. She hadn’t known that I’d gone to the mat for her and really pushed for the raise, and it was certainly fair to wish for more, but I had indeed fought hard for this. Raises from our boss had not always come easily for me (or anyone!), and I felt I had smoothed the way for Victoria. I was also annoyed that she mentioned the cost of living, which felt irrelevant to the conversation. She hadn’t communicated her disappointment in her raise in the most politic way, and it chafed.

The feminist in me recognized that asking for more didn’t make Victoria bad, uppity, rude, or inappropriate. Certainly if Victoria had come to me as a friend seeking advice about how to approach her annual review, I would have enthusiastically encouraged her to ask for more.

The supervisor in me wanted something entirely different: appreciation. I wanted to hear a very heartfelt and happy “great, I’m so pleased!” I wanted (perhaps unreasonable) recognition of what I’d done in advocating on her behalf. I also struggled to assess whether the number she was requesting was indeed merited given my company and her value. A more than 20 percent raise felt generous, but in absolute terms she still wasn’t making a lot of money.

My inner feminist and inner supervisor were at fisticuffs. I felt like a hypocrite.

Beliefs are tested by experiences that force us to confront them, and my private reaction to Victoria’s request made this starky clear. I never thought I would be annoyed if a woman I supervised asked for more money. Yet in that moment I wasn’t an abstract feminist, glad to see a woman advocating for her good work and asking for the compensation to match it. I was a specific supervisor who felt I’d already done a lot, and who was also responsible for looking out for the interests of the company.

The collision of my deeply-held belief that women should be more assertive during salary negotiations with my ego and my responsibilities as a manager left me a bit shaken. How should I cope with feeling both irritated by the request for more money and also an honest desire to support a young woman early in her career? How to untangle my frustration with the way Victoria expressed herself with the question of whether she did really deserve more money? How could I reward her courage, but also recognize that I wasn’t sure the raise she was asking for seemed merited?

In the end, our boss didn’t want to budge on another salary increase, and we agreed that instead we would give her a mid-year bonus based on company performance. Victoria left for another job before that could happen.

Did I fail as a feminist? I’m still not sure. Here’s what I do know: that encouraging women to simply ask for more isn’t sufficient, especially since women can be just as biased against other women in the workplace as men can. That I’m not immune to bias (especially when my ego is involved). That “right” answers are hard to come by. In the words of Roxane Gay, I’d rather be a bad feminist than no feminist at all.

Image: detail from The Garden of Earthly Delights, by Hieronymus Bosch (ca. 1490)