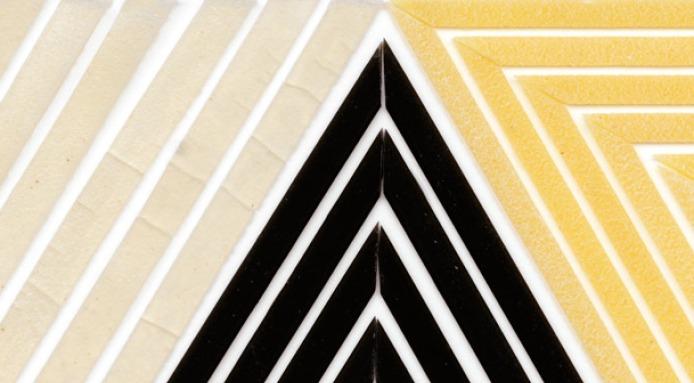 We know how devastating and life-changing it is to break up with a love partner. We have many songs, poems, and great novels that describe the ache and dolor of ending a romantic relationship. My experience breaking up with a college friend after many, many years was maybe not equal to the loss of a love, but it was bitter and shattering anyway.

It’s easy to make deep and lasting friendships at a residential college, when many students of the same age are living together, going to classes, games, and parties together, while also going through times of great growth and change. How many thrilling, soul-satisfying nights did we spend talking over the meaning of life and our deepest yearnings, the future so endlessly stretched out ahead of us? That’s when I became friends with Shelley (not her real name). We met freshman year and bonded quickly. When my roommate took a semester off, Shelley moved in with me. We loved playing bridge and taking long walks to talk over our relationships with boys and to shake out the tensions of college life. I so admired her intelligence and discipline in her approach to classwork.  I had never seen a person be so delighted at the prospect of writing a two-page paper on a Baudelaire poem.  And she had a very sharp wit — no one before or since has been better at puns.  She became one of my very best friends.

Shelley and I graduated in ‘68, and went our own ways. We kept in touch by letter for the next two decades, with a few visits thrown in. Shelley had several very serious boyfriends, and got her PhD, eventually becoming a college professor in Spanish. I got married, lived in Europe with my soldier husband, and eventually moved to San Francisco, where I became a lawyer and a mother. Shelley never married and never had children. Despite how differently our lives were progressing, when we could visit we always picked up right where we had left off. Eventually we settled into once-a-month phone calls. I still considered her among my very best friends, even twenty and thirty years after graduation.

Both of us were interested in self-improvement in those times of once-a-month phone calls. But I couldn’t help noticing that her focus on “working on her issues” became ever narrower and more intense. She was teaching and started an editing business, but our phone time was almost exclusively taken up with reports of her endless “alternative” self-examination efforts that I lumped together as “New Agey”. Every month she had news of a new thing she’d tried: a new therapist, a coach, a “past lives” session, aura readings, hypnosis, classes in meditation and chanting, doing her “numbers,” getting in touch with her inner child, art therapy, “journaling” exercises, dream analysis, and many others.  She treated them the same way she had college class assignments.  She was thrilled if a particular program, like Landmark, had a workbook or writing components.  But she had hundreds of journals full of her writing that seemed to provide her no relief.

These conversations became a Kabuki version of their former selves.  She would “present” and I was supposed to ask encouraging questions.  Except that it became just about impossible for me to keep the critical, scornful edge out of my voice.  “Doing your Numbers?  Isn’t that like having your fortune told, or a Tarot card reading?  Do you put any stock in those?”  Well, she’d done those things, too.

Friendship is always an act of recognition. In the moment of friendship, two souls suddenly recognize each other. . . a flash of recognition and the embers of kinship glow. . . a sense of ancient knowing. You come home to each other at last. . . A friend is a loved one who awakens your life in order to free the wild possibilities within you.

–From Anam Cara, by John O’Donohue

Shelley and I both had been heavy drinkers, and we stopped drinking around the same time during these years. We then had the AA program in common, and that made it easier to understand what I began to regard as her deep, ingrained narcissism. Alcoholic narcissism is a “thing,” but it’s something that ideally you get over after you do the Steps and learn to turn outward and do service. One of the Ninth Step Promises is that “self-seeking will slip away.”  But Shelley did not turn outward in service and she doubled down on her “self-seeking.” Her quest to resolve her deepest unhappiness and feelings of emptiness became more and more primary. To my amazement, she would present the results of the latest round of magic self-exploration as a huge epiphany. But it was always the same result.

It all eventually went back to her mother, her cold, alcoholic, negligent mother. I had mother issues too, different ones, but I started to really hate it when we got onto mothers. Instead of empathizing, I was freaked out — if Shelley – this whip-smart woman — could never get past her mother issues, what did that portend for me? Would I go to my grave resenting my mother? Was there no peace to be found? So I was more critical and impatient when it seemed she was going around and around the same well-worn “mother” track.  And just as bad, she was eating compulsively, such as a whole box of Dove ice cream bars at a crack. She ballooned to nearly 300 pounds.  This made me very uneasy. Since I’ve had weight problems in my life, I both understood her emotional eating, and desperately wanted her to get over it.  When every fad diet she tried failed to work in the long run, I despaired. “Is this catching,” I’d ask myself. “Could this happen to me?”

We had less and less to talk about. She was uninterested in my life and worse, uninterested in the world at large. Shelley had given herself a permanent sabbatical from reading the newspaper or watching TV news, because it made her too anxious. So we weren’t able to connect about what was going on in the world, which I found more and more engaging and fascinating. For example, I worked on several big elections as a lawyer at polling places around the country in the 2000’s. Shelley didn’t vote and was uninterested in hearing about those trips.

I can tell that it looks like I’m blaming the deterioration of this relationship all on her.  But I certainly don’t want to leave the impression that I was blameless. I can be judgmental, no question, it’s a character flaw I’m working on.  And the fact was, the person she’d become was bringing out the worst judgey self in me. I kept trying to “fix” her into being someone I could still relate to. But no one wants to be fixed. Shelley, like any human being, wanted to be accepted and loved. Looking back, I see my own glaring immaturity in my inability to see her for who she was.  And clearly I had been projecting my own feelings of shortcoming onto her.  If I fixed her, could I then fix me?

But we’d been growing apart for some time – failing to connect or really enjoy each other the way we had for many years before.  That was true above all else.

Eventually there was a definitive rupture. I had written a long, detailed story about an unofficial country weekend reunion of some college friends and classmates, and posted it to a listserv run by our college that Shelley was also on. During our next phone call, I asked Shelley if she had read it. She said she had, but then she asked a question that made it obvious that she had not. I called her on lying to me. She said, well, she skimmed it, looking for names she recognized. And I yelled at her, “I WROTE IT, that’s the name you’d recognize, and you would read it, because I am your good friend and I WROTE IT.” This was the first time I’d actually blown my top with her. I was hurt and angry — how could she not be interested enough to take fifteen minutes to read a piece I wrote?

Shortly after that, Shelley sent me a letter suggesting we suspend our monthly calls. That was about eight years ago. I felt as though a weight had been lifted. I may have forced this, but having it come from her confirmed what I suspected. The core of the relationship had eroded away, and we just couldn’t fake it any more.

In the brilliant TV series “Girls,” Hannah muses that “a friendship between college girls is grander and more dramatic than any romance.” I know exactly what she means. Shelley and I had a lot going for us as friends then. Every college friendship that does not last will have its own trajectory, but I think growing apart is common. I’m not deluding myself that Shelley and I were unique.

Nonetheless, it felt like a real failure to let that friendship go. While the truth is that it’s better for both of us if we aren’t in touch, I feel a lot of sadness and not a little guilt about my sorry part in the unraveling. I have sent her an AA “amends” apologizing for my judgey behavior.  But I’ve turned away attempts to rekindle the relationship.

When you are my age (69) and you lose connection with someone who shares that much history with you, it is a painful loss, and the losses do pile up on us as we age. I’ve done some serious grieving that I won’t have Shelley’s company going forward. A Girl Scout campfire song sometimes runs through my head: “Make new friends, but keep the old; one is silver and the other gold.” My friendship with Shelley sparkled for a long time, and I regret its disintegration.

Evan is a lawyer working in San Francisco.