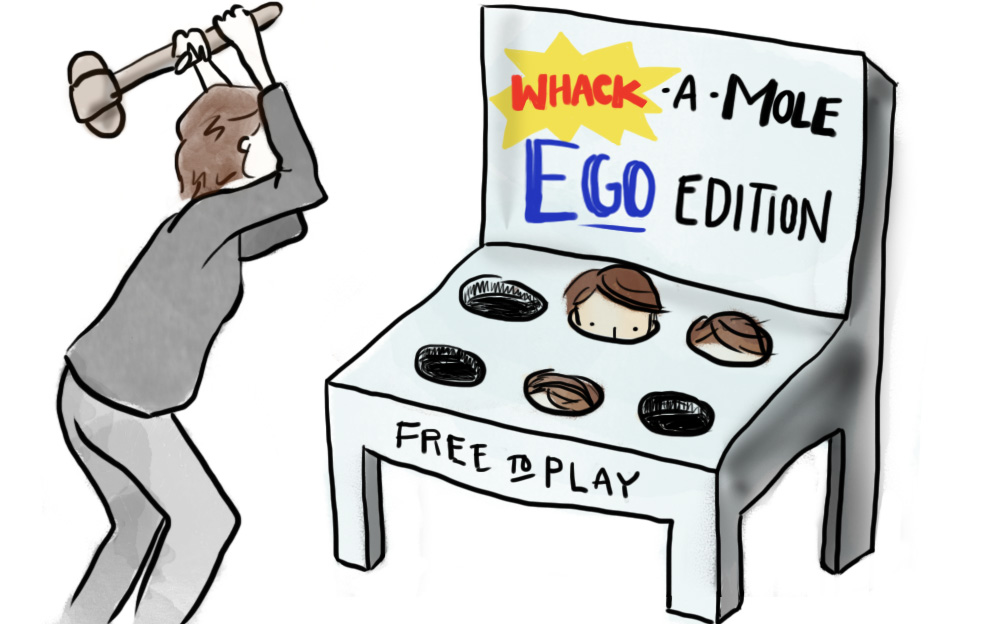 My ego gets very confused about what’s important in life. Since ego, according the dictionary, is one’s sense of self-esteem and self-importance, ego can be a force for good in some doses, and can easily get out of control.  My ego desperately wants to look good, to be seen as smart and helpful. It really wants to be important, and is quite tied to how my hair looks. It drives me crazy with all of these concerns, confusing me about what is really important in life. It’s not all bad, though; it’s also my ego that gets me out of bed in the morning and to work on time.

It feels like a never-ending whack-a-mole game: it’s just you playing yourself, for eternity. 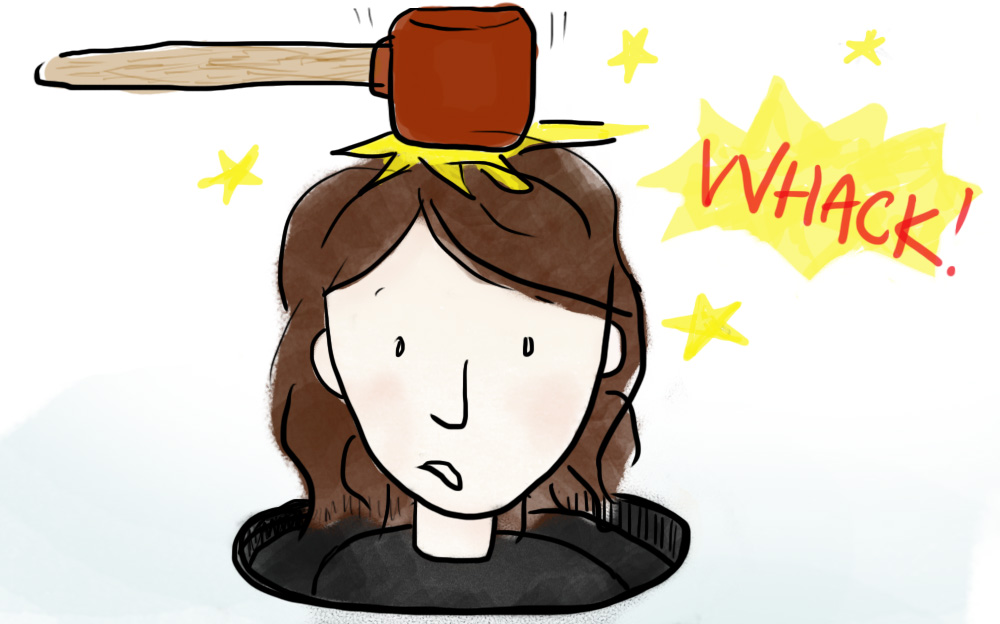 There’s no winning the whack-a-mole game, but the game does helps me to recognize the ego, and see where it is popping up. Instead of playing into the ego’s trap or trying to whack it down, perhaps it’s better to opt out of of the game.  Maybe it’s enough simply to clearly see where it is. Rather than trying to banish it forever, I can try to befriend my poor, defensive, shifty Ego.

Similar to dealing with our egos, Buddhist teacher Tara Brach describes how Buddha made friends with the demon god Mara.  After Mara attacked Siddhartha Gautama with everything he could, Brach describes what Buddha did: “Instead of ignoring Mara or driving him away, the Buddha would calmly acknowledge his presence, saying, ‘I see you, Mara.’” He would then invite Mara to tea.

Inviting my ego to tea means recognizing where and why my ego is popping up. It means appreciating its presence and trying to understand it. Am I feeling the need to assert my importance because I don’t feel valued? Does my ego need to be fed pageviews because it spent a lot of time on a blog post

It can also help to shrink the ego down to size. Our egos get so caught up in being the center of our own existence. They protect us, really, from the unpleasant feeling of being totally insignificant. The truth is that we are insignificant! My ego cowers thinking about the 4.5 billion years that the earth has been around.

However, as astrophysicist Neil Degrasse Tyson reminds us (via Brainpickings), this feeling of insignificance doesn’t have to be unpleasant; instead, it can connect us with the whole:

…those who see the cosmic perspective as a depressing outlook, they really need to reassess how they think about the world. Because when I look up in the universe, I know I’m small, but I’m also big. I’m big because I’m connected to the universe and the universe is connected to me.” 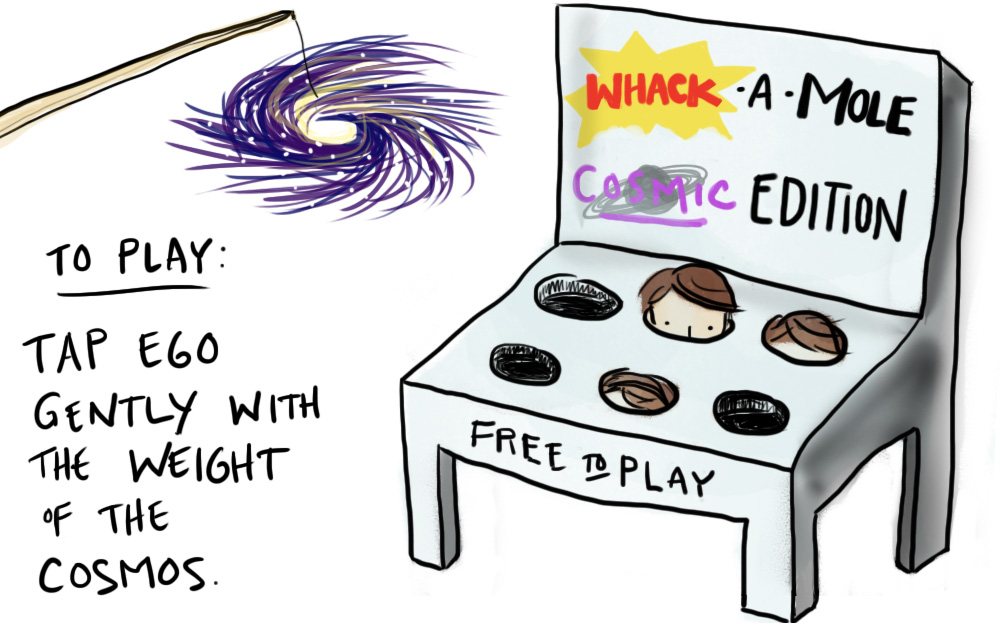