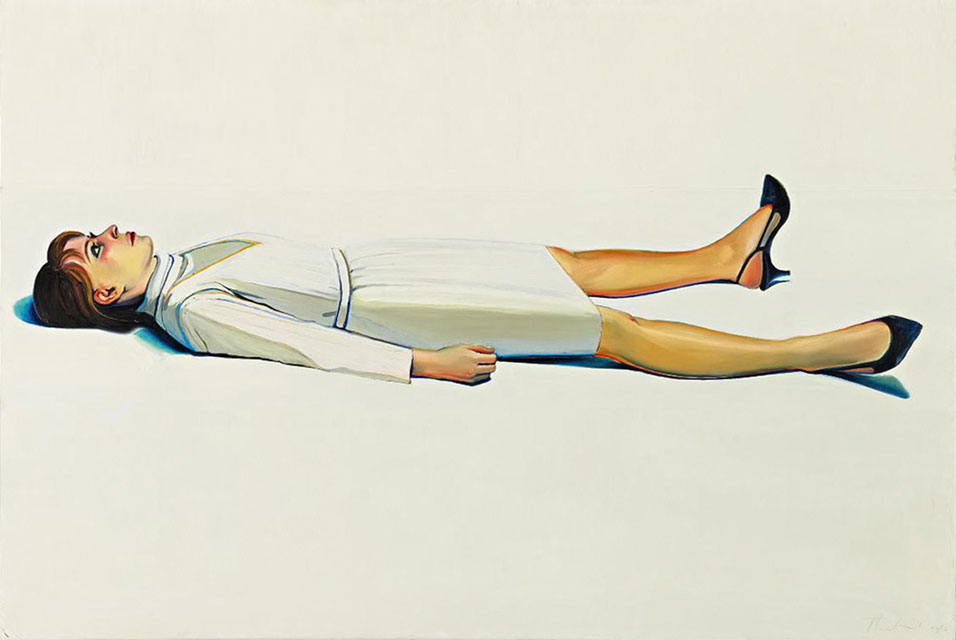 Four days after graduating from college, I headed to a prominent national magazine to test my chops as a paid journalism intern. Like most recent college grads, I initially had no skills and no clue what I was doing. However, in time I gained my footing and began to pitch stories more often and more thoughtfully. Eventually I was hired full time and made friends with a few senior editors, who started saving me a seat at their regular Friday night dinners. I soon discovered the key to being low on the totem pole in the workplace: have people in power like you… regardless of your professional experience.

After a year, I was restless with the job and decided to continue on to my next adventure. On my final day at the magazine, the editors threw me a big party. As it was winding down, an editor with whom I hadn’t had much contact came over to me and said, “You know the only reason you got that party is because one of your editors is attracted to you, right?” I froze. I pretended not to hear, rushed to my desk and immediately emailed the cabal of three other women I had bonded with at the magazine. Responses came in – he’d drunk too much tequila, no one likes him, he is an idiot. These were all true. But, still. The party had been big, I thought. Bigger than my job warranted. And so many senior editors had attended. Why? I left the job wondering if it had all been a ruse. Had I been perceived as a whip-smart up-and-coming journo? Or just a cute chick with some funny stories?

I recently reread the letter of recommendation I received from that magazine job. In addition to a discussion of my objective abilities, there was a lot about my soft skills: “strong interpersonal skills,” “a delight to work with,” “an easy rapport with…people, who loved to work with [me];” the Editor in Chief and Managing Editor “loved” me.

As a twenty-something in my first job, I was very likeable and completely nonthreatening. I remember one meeting where I challenged the Managing Editor on a topic that he was an expert in and turned out to be right. It didn’t ruffle feathers, though. In fact, it tickled people. Because it was a surprise. I was a likeable underdog, not because I was stupid, but because I had low power and status. For a while it was an easy place to live; likeability was comfortable. I was taught to be likeable; I knew to focus on building rapport in conversations with superiors instead of “flaunting” my past accomplishments. I noticed that when I directly challenged my likability, there were consequences.

I now realize that this cultivated likability came at a cost. First, it came with a perceived competence penalty (e.g., you didn’t deserve that party) and second, it was conflated with my sexual desirability (e.g., you only got that party because someone high up wanted to bone you). I had fallen (and continue to fall) prey to the infamous “double bind,” which shows that that while men can be perceived as both likeable and competent, women often experience a tradeoff and must sacrifice one for the other. In other words, women are often punished for their success by being viewed as unlikable, or deprived of success by being viewed as incompetent. 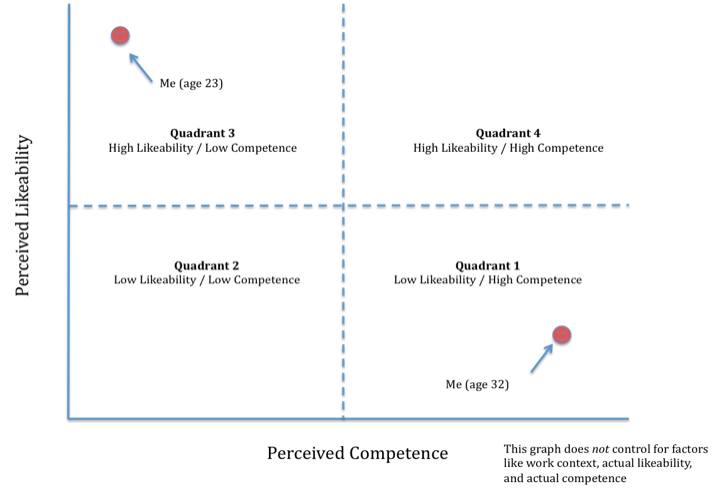 Today, ten years later, I have some perspective. I’ve worked in lots of different contexts, industries, and a couple of different countries, and as I’ve gotten older and more skilled, I’ve consciously sacrificed some of my perceived likability in exchange for perceived competence.

As I’ve transitioned from a twentysomething to a thirtysomething, I’ve found that growing up in the workplace has created a new set of challenges and opportunities for both personal and professional growth. In other words, it’s gotten harder. And better.

All this adds up to embracing my inner honey badger. I don’t need to be likable all the time. My mom always told me her thirties were emancipating because she just started giving less of a shit what people thought of her. When she first told me that, I remember being horrified. Now I am inspired. I won’t always be “a pleasure” to work with, but I can live with that. This is not to say I have stopped valuing kindness, warmth, and gratitude (and, yes, I still recognize being perceived as likable has some serious work perks). However, I am less likely to think twice about sacrificing my likability for perceived competence at this stage of the game. I don’t abandon myself when something doesn’t sit quite right, when I disagree, or when I think it’s appropriate to assert my power and offer knowledge. I am a recovering validation junkie.

As a thirty-three year old, I’ve rewritten the story from my first job that began this piece. The editor wasn’t threatened or being bitchy or trying to knock me down a notch. He was ineloquently showing me something. The young woman who froze and scurried back to her desk afterward is still in here. But so is another one who would engage him in a discussion on gender and practice using potential conflict to connect – to hear my voice, to listen, not to capitulate. I have started consciously doing this voluntarily in more contexts – on Facebook, Twitter (hey, it’s a start), and doing things like writing this blog post. My voice may not always be likable, it may not always be competent, but it’s mine and I want to keep hearing it.