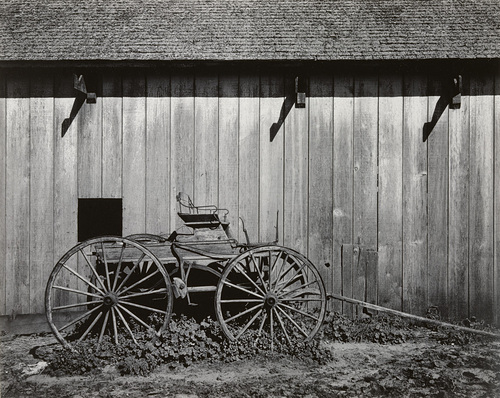 Just recently, Smith College, an all-women’s institution (and my alma mater), announced that they will begin admitting transgender women (women who were born male). Also in the news, a transgender man was in the running to be on the cover of Men’s Health magazine. These are just a couple of instances of the growing awareness – and acceptance – of alternative gender identities, gender presentations, and sexual orientations. It seems like our society is in a period of evolution with regards to attitudes about those who aren’t traditional in terms of how they present themselves or who they’re attracted to. Still, expectations for how men and women should look, and who they should be attracted to, remain deeply ingrained.

Toward the end of college in 2002, I was coming out of a depression that I had struggled with for years. Coincidentally (or perhaps not) as my mood improved, I started to feel more comfortable with a non-traditional gender presentation. I cut my hair short, wore little to no makeup (actually, I had never liked makeup much), and went for fairly androgynous clothing (think sports bras, t-shirts, and jeans). By my mid-twenties, I’d had relationships with both men and women – women more recently – but I was feeling the pendulum of my interest swinging back towards men. At the same time, I was less sure than ever of my identity as a woman. It’s not that I felt like a man – it’s that I felt like both “man” and “woman” were these social constructs, neither one of which seemed to fit. Between these thoughts about my gender or my lack thereof and my newly rediscovered interest in men, I felt like the ground was shifting under me.

Most of my friends at that point were gay women, and I really didn’t know any straight guys. Furthermore, I suspected that most people assumed I was a lesbian simply because of my short hair, which was frustrating. Why does short hair on a female-bodied person mean they must like women? I liked guys, but I didn’t want to change my appearance just to attract one.

Aside from the issue of not knowing any men to date, I’d also been a serial monogamist since my late teens. I wanted to take a break from dating to give myself space to figure things out. I felt like I had been lurching from one long-term relationship to the next and had never given myself enough time to just stabilize. I also was a bit of a partier in my late teens and twenties, and wanted to take a break from that lifestyle as well.

Fast-forward to September 2007. I had been going to a queer dance/karaoke night with friends somewhat regularly for several years, and one night a woman came up to me, introduced herself, and asked me my name. I told her, but found a way to extract myself as politely and quickly as possible as I wasn’t really interested in furthering the conversation. The next day my friend and roommate, who liked to browse the Craigslist “Missed Connections” section for fun, saw a post mentioning this queer dance night and meeting a woman named Heidi. “Dude,” she told me, “I think this is about you!”

I was flattered. And although I wasn’t interested in this person, I started browsing the Missed Connections regularly. I was still telling myself I was staying away from dating and relationships, although browsing Missed Connections with some glimmer of hope said otherwise.  (Most missed connections posts are written by someone who has seen and/or interacted with a stranger, but didn’t get their contact info. This was how they’d attempt to contact them). After about a week, I saw a post that caught my eye. It was addressed to “Every Cute, Smart, Boyish Lesbian in the World.”

when: everytime i step out my door

why must you tease me so? i’m drawn to you like a fat guy to an all-you-can-eat buffet. your hair is enough to make me weep openly – cute, short, perfect for a punk or indie rock show – especially if it’s dark.

we get along great. our humor, politics, and taste in film are perfect matches.  you’re tough. you don’t take shit from anyone. you know what you want. unfortunately, that doesn’t include penis.

what’s a guy to do? have a sex change? well i won’t do it. i like my junk too much. i will just suffer from three feet away. and hope that a few of you are, like me, occasionally very interested in swinging the other way. until then, we will be good friends; i am the #1 lesbro after all. you’ll recognize me by the LESBREAUX uniform i’m about to make and the crowd of lesbians hanging out with me that you want to sleep with.

I was intrigued. I liked what he had to say and the clever tone. I was still trying to stay away from romance – I wasn’t done figuring my stuff out and didn’t know if I was ready for a relationship – but I decided to write back.

Dude. I’m not really looking to meet someone on Craigslist, but I just had to voice my opinion here. It’s nice to know that some guys recognize that dykey girls are hot. ‘Cause they are. Also, don’t assume that just ‘cause a girl dresses and cuts her hair like a boy, she doesn’t also like boys. I know that firsthand. I figure that most guys I pass on the street assume I’m all about the girls. It’s frustrating to have people make assumptions, but I’m going not to dress in a way that feels unnatural just so guys will look at me.

So, the point is, the hot, dykey-looking girls you see are often not into guys, but some of us definitely are.

Andrew later told me that he didn’t see my response post for a couple of days, since he was expecting any replies to be direct email responses. (He did get a couple of these, encouraging him not to give up.) When he went onto Craigslist again and saw it, he emailed me right away. I remember getting the response when I was in Maine visiting my mom and sister.

Hey – so I’m the one who made the post about dykey looking girls. I also live in (shock!) JP.

Anyway, I’m glad you’re being who you are and doing your own thing. I try not to make assumptions about who people are based on their outward appearance. My post was more about the rejection I’ve had from lesbians.

You said you’re not interested in meeting anyone, but maybe you’d want to hang out? Get a beer at James’ Gate? (And I don’t mean as a date)

I wrote back. Why not? It turned out that we only lived about a half mile from each other, so it was easy to meet up later that week. Even though this was ostensibly a non-date, I looked him up online and found a few pictures of him on MySpace. He was cute. I was definitely nervous and paying extra attention to my appearance!

We met outside a restaurant near my apartment. As I walked there, I felt the butterflies growing stronger with each step. When it was time to round the corner and look for him, I paused for a moment, then kept moving forward. I scanned the few people and saw him, already looking at me with a nervous half-smile.

We both admitted to being really nervous, and ordered smoothies because we didn’t have the stomach for solid food. I even remember avoiding one smoothie that had a silly-sounding name like “banana blast”; I worried that saying it aloud would only make me feel more awkward. I think Andrew ordered it. Bold choice!

What can I say? The chemistry was there right away, and continued to build over the course of the evening as we moved from the restaurant to a nearby pub. At one point I remember  us laughing at something, when Andrew stopped and looked at me earnestly, as if to say “What’s happening here?” At the end of the night, we stood outside the pub, about to head home in opposite directions. We lingered, awkward but excited, for what seemed like forever, not sure where to look or what to do. By the time I finally mustered up the courage to kiss him, he was already leaning in. That was October 17, 2007, and we’ve been together ever since.

By the time I met Andrew, I’d realized that any guy that would be a good fit for me would have to be a little… different. He’d need to have a progressive attitude with regard to sexuality and gender presentation.

My identity has continued to evolve, as has the way I present myself. In the past few years, I’ve gravitated towards a more traditionally feminine presentation – wearing some makeup, letting my hair grow longer, even occasionally wearing a skirt or dress. At this point, it’s safe to  assume that what feels like “me” will probably continue to change and evolve for my whole life. The amazing thing is that this hasn’t affected the quality of my relationship with Andrew, because our connection is much deeper than any of that. I now realize that that’s what I was looking for – someone who could see the core “me” beneath the superficial stuff, liked who they saw. Perhaps that’s what we’re all looking for.

Next week: potlucks can mean team bonding… unless something goes wrong. Follow us so you don’t miss out: