Yesterday, I left work forty minutes later than normal because of a last minute effort to accomplish work I’d avoided during the day. Finally, I called it quits and walked to my train station to head home.

“You didn’t do anything today!” a voice in my head cried out, “you’re terrible.” I wallowed in that voice, the voice of my Inner Critic, and agreed. 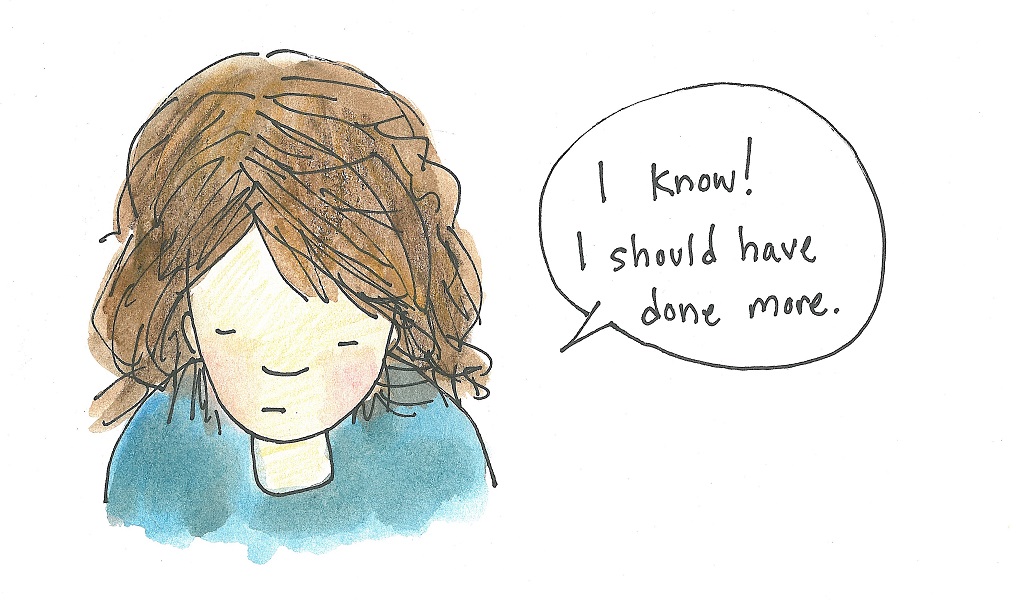 We all have an inner critic: the voice in our head that says the mean, unhelpful things. My inner critic looks like me, but with a pinched nose and a tight bun. She’s very proper; I imagine her in a tight pencil skirt that doesn’t allow her to take long strides. Instead, she teeters around on high heeled pumps (shoes I would never wear, for the record), and wrinkles her nose at people. She is the type that shushes other people at the movies. 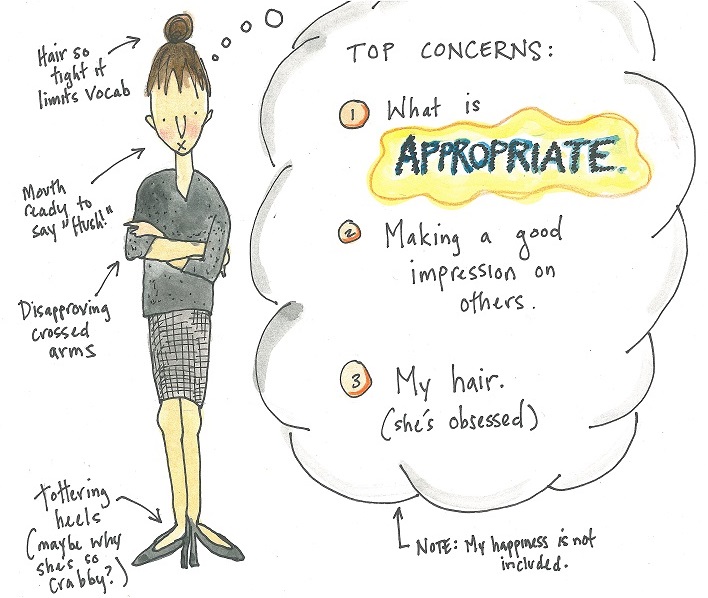 I didn’t always see her this way. In fact, I didn’t used to see her at all. I just thought her voice was me, telling myself the truth. It wasn’t until I realized that I would never, ever talk to someone else the same way that I talk to myself that I realized that this isn’t a voice that I need to listen to.

An inner critic can go by many names: someone I know calls his critic the “Itty Bitty Shitty Committee.” My life coach says “saboteur” which sounds like a swashbuckling, darkly clad figure that swoops in to ruin things. Regardless of the name, it’s important to know how to quiet that voice. I’ve learned a few strategies to shush my Inner Critic:

Despite her sophisticated appearance, my inner critic has a very limited vocabulary. She loves the word “appropriate,” is very fond of telling me what I “should” do” and that I’m “lazy.” Knowing the buzzwords that she likes to use helps me recognize her voice. This is the first step in quieting her down, to separate out her words from mine. This lets me decide whether what my inner critic is saying is true and if it is in proportion to what is really happening– mostly, it isn’t.

2. Validate the Feelings (not the name calling)

The voice of the inner critic comes from somewhere. When my Inner Critic calls me lazy, it’s usually because I’m feeling guilty for not accomplishing more. If my Critic says that I’m not good enough, it’s usually because I’m feeling insecure or threatened by something. The feelings underlying the critique are real. I try to translate for my Inner Critic, since she, apparently, can only make mean and harsh statements. When she says, “You’re terrible! You didn’t do anything today!” I translate that into “I feel disappointed that didn’t do as much today as I’d hoped, but I guess that’s what I needed.”

I don’t expect to ever rid myself of my pinched nosed Inner Critic within. She’s a part of me, the part that harbors self-doubt, that keeps me on task, the part that worries and critiques. We all have have these feelings and doubts, and my goal isn’t to rid myself of them necessarily, just to take them less seriously. To balance, I summon my Inner Protector. She is my champion. Where the Critic is sharp and hard, the Protector is soft and gentle, and makes me feel like I’ve been wrapped in a cashmere blanket. She comes to my defense with reasonable statements and tells me that I’m going ok. She is the voice of my friends and family, and the voice that I would give to someone else. 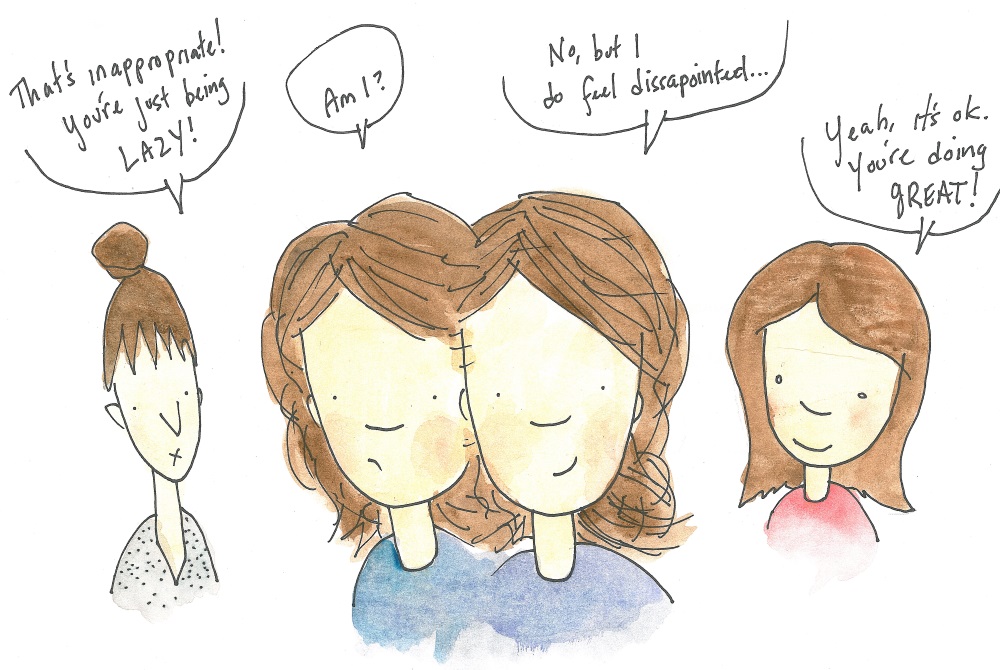 These strategies help me downsize the Critic’s voice from being the Truth (i.e. what is the best, most appropriate, or most accurate) to being just one voice among others, and not necessarily right. Sometimes, even in translation, the Inner Critic is rude and off-base. Then, it’s fair game to talkback. A sharp “Hey– that’s not nice!” can do the trick.

What does your Inner Critic say– and what will you say back?