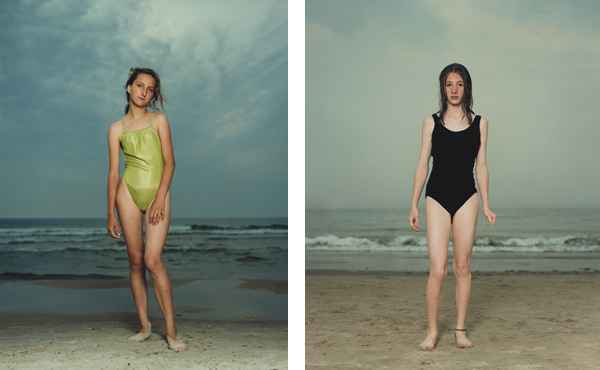 “Who here’s a freshman?” Several students raised their hands meekly. “Sophomores?” One or two. “Juniors?” No one. The doctor running the show looked at me. “Senior?”

I probably was not the only senior in the history of college to have drunk too much and headed to health services to vomit it all out under professional care, but I was the only one that weekend. After a half-night of fitful sleep in a hospital bed, I found myself among the other patients, stupid freshmen who didn’t know what they were doing, for morning-after counseling. The doctor ran through cue cards about alcoholism. I didn’t have a drinking problem; I had a sweating problem that alcohol alleviated.

I had been scheduled to go salsa dancing with my senior society (a fraternity-esque group, with loftier pretenses), including a boy who had kissed me once before and who drew all my attention, no matter how nonchalant I tried to act. For any normal person, this would be the perfect romantic opportunity. Partner dancing, however, filled me with dread.

For the past seven years I had battled sweaty hands. Sometimes this was just moist palms, that common human experience, but often it was full-on wetness from both wrists to all ten icy fingertips. In high school, as we’d started stealing sips of our parents’ liquor, I had discovered that alcohol could waterproof me, form a barrier between my inner feelings and my skin. Even if butterflies rushed, after two drinks my hands usually remained warm and dry, and eager to touch.

On the night of the salsa outing loomed the prospect of dancing with this person I privately adored. Must take preventative action. I met up with my oldest friend, Gillian. After one gin and tonic, and only 15 minutes until I had to leave, my hands were still moist. I ordered another and sucked it down. Light-headed, I said goodbye to Gillian and ambled to the pre-party. There he was—a thrill to see him again!—but my damp hands threatened to poison the night. Better lock this down. Vanilla vodka, there you are. Take a shot or a few straight from the bottle, that oughtta do it.

It certainly did something. I threw up repeatedly and got escorted to health services. The next morning I sat through the talk and made an appointment for a mandatory follow-up, which I yessed through. I did take care after that not to surpass the three or four drinks I could handle in a night, tops. But my hands remained my secret.

The first time I realized my problem was the summer before I turned 14. A mousey boy named Joe had, I’d just learned, had his eye on me at camp all summer. I was pining for someone else back at home, but Joe’s interest flattered me. As the strains of Alphaville’s “Forever Young” faded, he asked if he could walk me home from the dance, and he held out his hand to take mine. Except that night my hands were soaked; even the backs of my fingers shone. Never mind that I wasn’t nervous and didn’t really like Joe; my body had its own ideas.

I held his hand, miserably. I imagined Joe’s disappointment upon discovering that his crush, whom he’d finally gotten the courage to ask to walk home, had a defect. It was the last day at camp, and the next morning he came to exchange mailing addresses. How mortifying to have pretended we could right the fiasco of the botched romantic stroll. We never wrote.

As adolescence marched on, my pimples were too big and my breasts were too small, but my hands, my private flaw, bothered me most. I started going out with Brian right before sophomore year of high school, where walking hand in hand was how you demonstrated your couple status. The last weekend of summer, Brian was meeting me at the train station to take me to his country house. As my stop approached, my hands moistened. I wiped them on my jeans. I shook them out. Think calm, peaceful, dry thoughts. Grassy knolls, sunny skies. On the platform, I gave Brian a big smile and we hugged hello. He laced his fingers through mine.

“Why are your hands all sweaty?”

He was, at least, direct.

What could I say? An old man on the train had sat near me, and he kept trying to get me to meet his dog, who eventually started licking my hands. All true. Was my point that the stranger had made me nervous? Or that my hands were covered in animal drool? I don’t know.

Either way, it seemed to elicit understanding and fend off the accusation I feared: that I was broken, ill-equipped for romantic life. Brian gave me a sympathetic shudder and put his arm around me instead, and we were on the same team. Still, failure tugged at my spine.

Those were the early days of the Internet. On our shared family computer, a dial-up connection fueled stealth searches on my condition. Solutions existed: topical antiperspirants; biofeedback therapy to observe and control neural impulses; botox injections to temporarily paralyze key nerves; and surgery that permanently severed a nerve and destroyed the sweat signal’s pathway. Surgery gone awry threatened Horner’s Syndrome, which caused the eyes to droop.

While seeing a dermatologist for something else, I casually mentioned my issue by its official name, hyperhidrosis. This secured me a prescription for the antiperspirant Drysol. At night I covered my hands in the solution and sealed them with plastic wrap.  The next day, my skin felt tight, as though bound with tape, and my hands were dry, dry, dry! They were so dry that the skin started cracking over the next few weeks, but who cared? High-five me, ask me to dance, these hands were unflappable.

And then one day they were not. The floodgates opened, and slick sweat surged through my pores. The Drysol worked on and off after that, but I soon gave up and let my skin return to its regular state.

High school boyfriends came and went; I always got them to put their arm around me instead of going for my hand, without ever saying why. Better than Drysol, I learned, was one or two drinks, which shut down my sweat factory and made me even more charming and hilarious. Still, no day went by when I did not observe the state of my hands and will them, usually unsuccessfully, to stay dry. Like a headache, fixating on it made it worse; caring less helped it subside.

I was 19 before I admitted even part of the truth about my hands to a new boyfriend, Alex. He insisted on holding my damp hand despite my confession: “My hands are like this a lot,” I said, to which he sweetly responded, “Well, I’ll just soak it up!” While I wanted to run away from him at that moment, I didn’t.

A few years later, I divulged the full truth of my feelings about my hands—not to Alex or any boyfriend, but to a group of peers. As part of our senior society, each member had a night scheduled to present his or her full life story, from birth to present day, to the group. Even though I’d planned to share many of my deepest shames, my sweating problem felt too threatening to reveal. Then the person who spoke the week before me talked about going bald at 20 and his worry that people were always staring at his scalp. His catharsis was visible, and mine seemed in reach.

And so the following week, as I launched into my bio, I brought up my hands first thing. I remember the empathetic faces of my fellow society members, the nods, the smiles. They listened to stories of the handshakes I’d dreaded, papers I’d smudged, rejection I’d feared. They also listened to stories about lots of other things about who I was. In the bio I gave that night and in the days and years to come, sweat became just one piece of a broader narrative of my life, rather than my secret identity.

Throughout the evening of the bio, my love interest, the one whose hands I had so badly feared touching that I’d drunk myself sick, sat leaning against a wall, his eyes serious and understanding, and he held my gaze when I looked at him.

Eleven years later, he and I hold hands often. Sometimes mine sweat, and I wish they didn’t, but I don’t hate myself for it. He lets go if I ask him to, but usually I don’t.

Sonny is a math teacher in New York City.