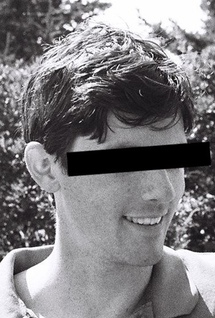 “I’m a good example of ‘follow your passion,’ but I think it’s bad advice.”

Most interesting job you’ve ever had?

I would say the most interesting moment in my recent career was when I was hired at my previous job and got the opportunity to design and develop my own game. I happened to join at a good time when they’d just received a lot of investment money and were looking to create interesting content for a new online world. Every new hire was asked to pitch and build a game. I had a few ideas I’d fleshed out a little bit, and there was one was the most obvious choice. That idea became Corpse Craft. It was totally unexpected and exciting.

Least interesting job you’ve ever had?

Working as a dishwasher. That was torture.

Any role models or mentors?

I wish I did have a mentor; that’s been something I’ve felt is lacking in my career. I’ve had a couple of role models at previous jobs – both were the heads of the company I worked for at the time and I respected and admired them. My biggest role model is my dad. He started his own non-profit organization when he was thirty one – the age I am now. He just retired from that job this year.

A difficult decision or situation you’ve had to deal with recently?

Oh, I have a mini crisis every couple of weeks or so where I lose faith in my ability to design a compelling game that people will play.

One goal you have for yourself?

I want to ship a game!

One rejected goal you have for yourself?

I recently chose not to stick with a project that I had already worked on for six months. It’s something I still think about and would like to resume at some point, but it’s unrealistic for me right now.

Occasionally – but not frequently! – I will spend the entire day playing video games.

Is your career what you thought it would be?

No. I did think I would be a computer programmer, but I did not anticipate getting into game design. I still feel like I need to prove myself in that area. I think I have a long way to go.

A job or career you’d pursue if you could start all over again?

I wouldn’t change what I do. I would have made some different decisions in how I went about things, though, particularly trying to do professional design work earlier.

I am a good example of following your passion, but I don’t think it’s very good advice and it’s not how I’ve thought about my own decisions. When I was younger it wasn’t something I concerned myself with, and when I got older I was lucky to be in a field that could pay me a nice amount for work I genuinely like to do. I don’t like the “follow your passion” slogan because it’s too simplistic. It feels like history being written by the winners – whoever is giving you that advice happens to have a passion that they were able to turn into a career, but that is a narrow way of viewing your options.