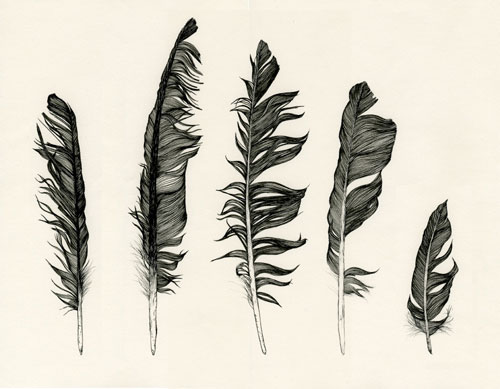 He wakes up crying from nap. He didn’t sleep long enough. Will he go back to sleep? Not this time. I wait 5, 10, 15 minutes. Still upset. I go in. “Mama up,” he says, big wet tears on his face. “Do you want mama to rock you?” “Yeah.” “Do you want milkies?” “Yeah.” Slowly, his breathing calms, his tears dry. We stay like this, locked together for a while in the dark, glints of sunlight arrogantly streaming through the blackout curtain. And just like that, my happy guy is back, ready to play.

I never set out to be an “extended breastfeeder.” I never thought I would be that type of mom. That was for moms who bake gluten-free zucchini muffins from scratch, not me who picks up donut holes from Krispy Kreme in Penn Station. Before I got pregnant, I remember thinking I definitely wanted to breastfeed, probably for about a year. That’s what my mom did with both me and my sister in the 80s, so I figured that’s what I would shoot for too. When my son, Walter, was born 20 months ago, my milk came in quickly and heavily. I realize in another era, I could have been hired as a wet nurse to a village and I would have enjoyed the work, too. I was blessed with a baby that took to the breast easily and that I was able to nurse with little to no discomfort. I also became a woman with a giant rack. I remember wearing nursing bras in a size J/K. J/K! Which should stand for Just Kidding! Boobs should never be that big.

I started nursing “on demand” for one simple reason: it was the easiest way to make my kid happy.  Baby fussy? Boob. Trouble sleeping? Boob. Bumped his head? Boob. It worked every time! Around 7 months, we taught Walter a few words in sign language. Milk was the first one he picked up and used readily. It’s a cute little sign, a squeeze of the hand, as if one were milking a cow. Or a human. But, probably a cow. I’d walk in to pick him up from his crib after a nap and he’d lock eyes with me, smile, and then with both hands, sign for milk. Like this: “squeeze squeeze.”

Nursing was a panacea for Walter, always good for what ailed him. But, surprisingly, it was even more so for me. We almost always do these nursing sessions in bed, side lying, my position of choice. When my son nurses in this position, it’s like no one else exists in the world but us. He curls his entire body around mine, throwing a leg over my waist. He caresses my hair, my shirt, my face. These are some of the happiest moments of my day.

Now that he is 20 months, I have embarked on the beginning attempts at weaning. It’s not going so well. This kid is a voracious eater and also enjoys juice, water, cow’s milk, tea, and anything you might be drinking in front of him. But, he also loves his milkies. That’s what we’ve called nursing since day one. Milkies.

It breaks my heart that I will have to say no someday.  The breastfeeding ritual calms both him and me and I get tears in my eyes just knowing that we are at the tail end of this experience. It’s like the last couple days of vacation at the beach or the last few performances after a long run of show you loved performing in. You’ve treasured the experience and you don’t want it to end. Nursing my baby has been one of the most tangible expressions of love I have ever experienced. It is an awe-inspiring thing to know that your body creates what your baby needs to survive. Literally. He only had my milk for his first 6 months of life and every day, I marvelled at how he got chubbier with each feeding and how it truly bonds mother and child. Sometimes, now, I suspect he doesn’t even really need the milk, he just wants the closeness it creates. I can understand that. Occasionally, I just need it too.

It’s not that there’s nothing I’m looking forward to about the end of breastfeeding. It hasn’t always been “earth mother on the mountainside”, a phrase I coined after seeing stock photos of beautiful new mothers in ethereal gowns on lush, green landscapes. All lies. I’ve had every complication you can have with breastfeeding: plugged ducts, milk blisters, mastitis twice! I had no idea the amount of pain your boob could be in. And I cannot wait to rip off the damned nursing bras, which thankfully are back to a much more modest side of the alphabet. Also, I suffer from severe cystic acne and have for most of my adult life. I was on Accutane in college, and before getting pregnant, was on a full regime of topical creams and pills. But, all the good drugs could harm the baby, so while I’ve been nursing, I’ve been dealing with the emotional and physical pain of a face I’d rather not have to see again. And, although, Walter loves me even with my “face boo-boos,” I will be relieved to be able to break out the dermatological big guns again.

But like I said, we are weaning — or at least trying to.  Some days I feel sad, others guilty. Some days I think, we could keep going until he weans himself (unlikely).  But, in my heart, I know it’s time. If he doesn’t drink as long as usual, I’ll get a hard spot on one side and you’re not supposed to pump to release the extra milk, because then you’ll just produce more, which defeats the whole purpose of weaning. So, you’re stuck with that hard spot. That spot is a reminder of what you’re doing and also of where you’ve been.

You’ve given your body and soul to your baby, almost always gladly. You’re mourning the baby who is growing up in front of your eyes, but you’re falling in love with the kid he’s becoming. And he still needs you. You can’t believe just how much he still needs you. He still snuggles you and caresses your face and locks eyes. “Mama” he says. “Yes baby?” you reply.  And he leans in for a kiss. Those glorious unsolicited toddler kisses. This is what it’s all about, you think. And then he asks for more milkies. And then you think, tomorrow is another day.

Allison is a singer/actor/voiceover artist/teacher/mom who recently moved to Maplewood, New Jersey.