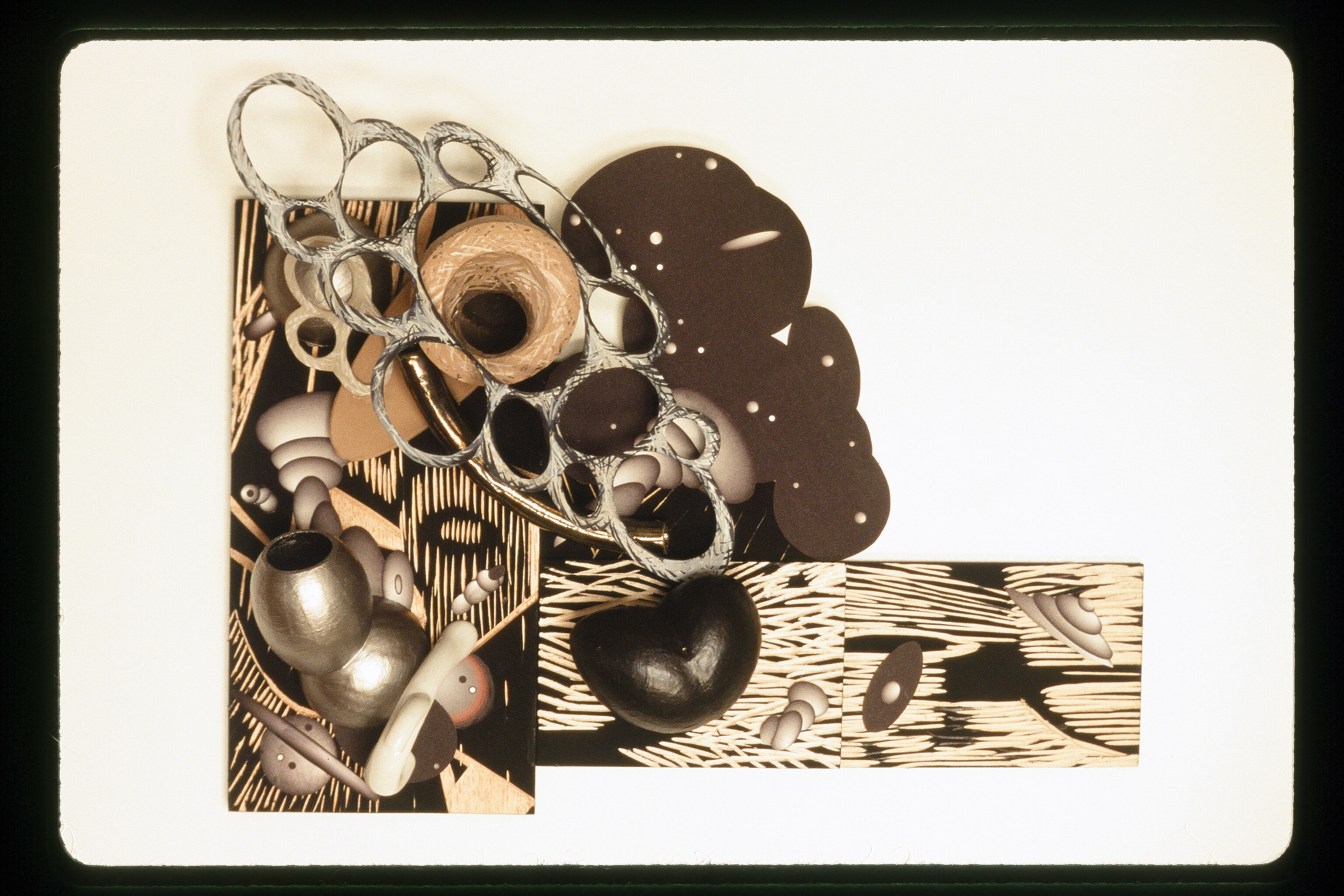 One of the hardest things about being a mom is dealing with my own expectations of motherhood. I find myself unsure of what I’m doing and certain there is a right way to raise my son. A right way to soothe and nurture him. A right way to attach. I anticipated that transitioning to motherhood would be smooth, but it’s been anything but. The experience has me reflecting on how I’ve navigated other life transitions and thinking about my own mother.

When I got married two and a half years ago a friend asked me what I thought my mom would have been like leading up to and during the wedding. I was sad to discover I didn’t have an answer. I couldn’t conjure an image, a sound, or a vibe. I’m starting to forget her.

My mother is alive, but she was diagnosed with early-onset dementia almost 15 years ago, and she is profoundly absent. Her disease moved quickly, taking her language and judgement in just a couple of years. My mother was a remarkable sculptor, an excellent cook, and fiercely independent. Until institutionalization, she carried her passport in her purse wherever she went. She was born in Prague and emigrated to the U.S. as a child. She learned English through immersion in a DC public school, sewed her own clothes, and attended four colleges before receiving her MFA from Cornell. She was proud to be American but also held strongly to her eastern European roots, serving Knedliky dumplings and sautéed purple cabbage instead of mashed potatoes and green beans at Thanksgiving.

Before dementia, she lived alone in a live-work loft. Over time, the division between the live and work spaces slowly disappeared. When I visited after her diagnosis, I would find paint brushes soaking in the kitchen sink and the counter completely covered in clay tools, pots of glaze, and recycled take out containers filled with pens and pencils. After her illness she continued to draw and make collages for a few years, including in her nursing home. As the disease took hold the pieces looked more and more like the work of a child.

I learned a lot about being a girl and then a woman from my mom. She helped me see I could be mix of things that appear to be opposites. I could be strong and independent as well as needy and nurturing. My mother wore thick eyeliner, bright fitted tops by Michael Stars, black leggings, and flashing dangling, handmade earrings. Her hair was cut short at an angle and sometimes she dyed her dark hair blue. It shined like Veronica Lodge’s from the Archie Comics. She was also a welder who made very large format angular, some might say masculine, sculptures. I often found her stylishly dressed and hands covered in clay, charcoal, or plaster. She had strong rough hands and a gentle and precise touch. She taught undergraduate and graduate level art and design for 25 years. She was proud to be the only woman on faculty who was both a sculptor and a mother. She was an important feminist role model who helped arm me against any social pressure about what it meant to be a woman, to be feminine. I entered early womanhood surefooted, with clarity that there were many paths to contentment. I give my mom a lot of credit for my surefootedness.

Still, my relationship with my mother was complicated. There are parts of our relationship that needed repair and because of her condition we will never get the chance resolve our differences. Years before my son Magnus was born, before my mom got sick, I imagined that becoming a mother would strengthen and deepen our relationship. I had a non-specific idea of how this would work, but I looked forward to it nonetheless. My grief has ebbed and flowed unpredictably since her diagnosis and becoming a mother has made me more keenly aware of her absence. When Magnus was born, I encountered new facets of grief. While I was present to hold and soothe Magnus I longed for my own mother to hold and support me. I grieve over the lost chance to see my mother love Magnus and through that attachment understand in a new way what our relationship was like when I was child. I long to sit in an intergenerational triad with my son and mom, knitting over and over our attachment to one another.

Becoming a mother has revealed a new set of pressures, and I have felt a lot of friction in the new role and its role in my identity. I struggle to find the right balance between my family and all the things that fulfill me that have nothing to do with my family. Loving my son is a remarkable feeling, but I don’t always love being a mom. Someone once told me it’s hard to love something you don’t feel good at. I feel like one notion of motherhood is one of total devotion, almost martyrdom. I resent and resist this idea and have been searching for a model that fulfills me and my family. When Magnus was very young I remember watching episode upon episode of Netflix while he nursed and napped in my arms and the beautiful and short-lived pacific northwest sun squinted through the closed blinds. I felt like I was sand slipping through an hourglass never to be replenished.

An image I am left with when I think about how my mom mothered is that she folded me into the things she loved. Sculpture was always on her mind. She would set me up with a project using the same good materials she was working with (thick paper, real gold leaf, high quality brushes) and we would work side by side. In those moments, she was able to feed herself creatively and make progress on her project while also entertaining me and teaching me how to use my hands to make something of my own.

A prolific and successful sculptor since early adulthood, being a mother was one of a few strongly held identities for my mom, but not the only one. I think my mom would have been a good teacher and guide in navigating the ambivalence I encounter. I think she would have helped me avoid the seductive idea that there is one way to be a mother.