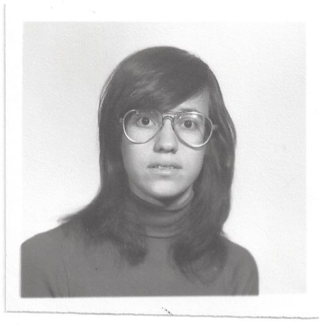 When the show Mad Men first premiered, I couldn’t watch it – not because I didn’t think it was well done, but because it captured a little too perfectly what it was like for women working at a large New York corporation in the 1960s. I began my career in 1967, and watching the show brought back memories of my own years of internal struggle, of learning how to be assertive and not defer to men. It was a difficult time to be a woman in the workforce.

I attended Barnard College, in New York City, where I was a math major. This was very unusual for a woman at that time. My advisors wanted me to get a PhD in pure math in order to teach, but I wasn’t interested. I’m too people-oriented. I wanted to go into business, but I didn’t have any role models of women in business positions. “Girls,” as we all called them, became teachers or secretaries if they chose to work. They did not have professional jobs. I decided I wanted to become a computer programmer; I had to get special approval to take computer courses at the Columbia School of Engineering while I worked toward my degree.  I was 21 years old when I got my first job working in a research laboratory at Columbia University. It was 1967. I was the only woman in the office.

My job in the laboratory was in operations research. The work was exciting because it allowed me to apply my programming skills to people problems. As I said, I’m a people person, so this really appealed to me! After a short while, I decided that I wanted to get my Masters in Operations Research. I did that at night while continuing to work full time. After getting my M.S., I was recruited to work at Shell Oil company. This was a time of great economic prosperity and expansion; in those days, companies would come to campus to recruit, and you would have tons of interviews on campus. The problem was that Shell had recruited me a few months before the job actually started. In 1969, after I had been there less than 3 months, they told me that the company was moving to Houston, TX, which I didn’t want to do. Fortunately a neighbor of mine headed the operations research department at the airline TWA, and he offered me a job which I took.

Operations research turned out to be the field where every professional who wasn’t a white male landed. We were one woman, three Pakistani men, one orthodox jew, and one Japanese fellow. Everyone who didn’t fit the mold for a professional workplace at that time was there. I had a grand time using my airline benefits to travel the world free for more than four years. But eventually, it got to the point that the job no longer felt like enough. I was doing all this research and analysis and then handing the results to someone else to run the business. What I really wanted to be doing was running the business myself!

My sister suggested I look for positions in marketing, which would put me on the business side of things while doing much more people-oriented work. I had no idea what marketing consisted of, but her logic made sense to me. By now it was 1974. I went to see a headhunter, a friend of a friend. He told me he had the perfect place for me and set me up with an interview at a large multi-national corporation. During the interview, I was naive enough to say, “I don’t know what it is, but I understand I’d be good at marketing.” Fortunately, the head of the computer systems department was a man who didn’t hire people on technical experience alone – he hired people based on how they think and express their ideas. He liked me and felt that I had the right personality for their culture. I also brought computer and analysis skills. I told him that I understood I had to start in computer systems/operations research, but was looking for the opportunity to move into marketing once I had proven myself. He agreed.

Again, I was the only female professional in the office. Sexism was everywhere. When men made inappropriate comments, I tried to not be confrontational, but rather to use humor and a smile to deflect sexist remarks directed my way. On one occasion, I and several of the men in the department were asked to stay late to put together a presentation for a senior executive. Since it was after hours and there were no secretaries available, my boss asked if I knew how to type (side note: men literally did not have to learn how to type). What went through my mind was, “What would they do if I were not here? There has to be another solution.” Torn between wanting to be a team player and not wanting to be perceived as a secretary, I responded with a wink and a smile that I had injured my hands and was thus not able to type. He smiled and said he understood. Later, when we completed a draft of the presentation, my boss telephoned his secretary at home and asked her to please come in early the next morning to type it.

Sexual innuendo was also very common. I remember one day, a group of my male colleagues and I were in the elevator together, returning from lunch. One of them handed me a $10 bill and remarked, “Thanks for last night, Barbara.” Everyone else in the elevator chuckled. With a wink and a smile I responded, “No problem, Charlie, sorry it was over so quickly.” The others chorused, “Whoaaa!”

These stories sound really crazy by today’s standards, and they are. But the truth is that being alone in an office of men felt very normal to me. Partly this was because as a math major, I was often the only woman in the room. My education had also made me very comfortable being assertive. I had gone to an all-girls camp and all-girls schools, and nothing in my experience made me more subservient or passive than boys. I am a big fan of same-sex education for this reason.

Still, I can’t say everything was a product of my experience – some of it was just the way I was born. I was never one to conform if something didn’t make sense to me. For example, I’ve worn glasses since I was seven years old. Nowadays glasses are a trendy accessory, but at that time the worst thing in the world for a woman’s love life was to wear glasses. “Men don’t make passes at girls who wear glasses” – anyone remember that awful expression? Most women I knew with poor eyesight took off their glasses during photos, but I never did. Why would I? My glasses were as much a part of my face as my nose.

Had I been born a year or two earlier, I might not have had the career path that I did. My sister, for example, was born a few years before me. She went on to have a very successful career, but she had it in a very different way – beginning through a more traditional career path for women at the time, as a teacher, and slowly building out from there. The leap forward for professional women in the 1960s was groundbreaking. It was tied to the sexual revolution, the upheaval of the Vietnam war, a general feeling of anti-establishment. It was a very heady time; everything was being upended. Despite the overall small number of women in the workforce, our presence was growing. There was a sense of change and possibility.

I stayed at my job at the multi-national corporation for eight years, moving from operations research, to sales administration, then marketing administration, product management, strategic planning, and finally marketing communications. It was 1981 when I left to join forces with my sister as a marketing and public relations consultant. Included among my clients was a family-owned women’s fashion business. I loved it. I ended up working with that company for thirty years, eventually joining the staff in-house until retiring a few years ago from my position as the Senior Vice President of Marketing.

One of the most delicious parts of my working career was mentoring the young women who worked for me. As I think everyone’s issues – whether it’s meeting the right partner or succeeding at work – basically come from lack of self-confidence. I always tried to bolster their confidence. This was easy for me, because they were fabulous young women; I wouldn’t have hired them if I didn’t think so! I wanted to empower them. I tried to do this in a few different ways.

– Ask them questions: this is an essential step to gently challenge thinking and get people accustomed to anticipating the objections they are likely to hear – and prepare for how to respond to them.

– Stretch their abilities: when they were completely comfortable handling their workload, I would delegate additional work in incremental amounts, encouraging them to take on higher level as well as broader responsibilities.

– Take ownership of a project: brainstorm with them possible projects that could be useful to the company but that were not being done; identify a challenge they might be interested in taking on.  This became something that was completely their own, built by them from scratch.

– Encourage new creative thinking: hold department brainstorming sessions, encouraging everyone to throw out their craziest thoughts; try to manage the conversation to foster group cooperation and mutual respect, building one idea on top of another, emphasizing that there is always opportunity to improve what’s currently being done.

– Become politically savvy: educate on how to “manage up,” how to identify with upper management and address management level concerns. How to communicate within a corporation, i.e. when to cc and when to bcc. Give them the experience of writing a project proposal as well as an executive presentation.

I had a fabulous career. I was so lucky. Some people would say it’s not just luck, it’s having your priorities organized so you’re ready to take advantage of opportunities, and I guess I agree with that. Years later, I returned to watch Mad Men. My own memories didn’t feel so strong anymore. I loved it.