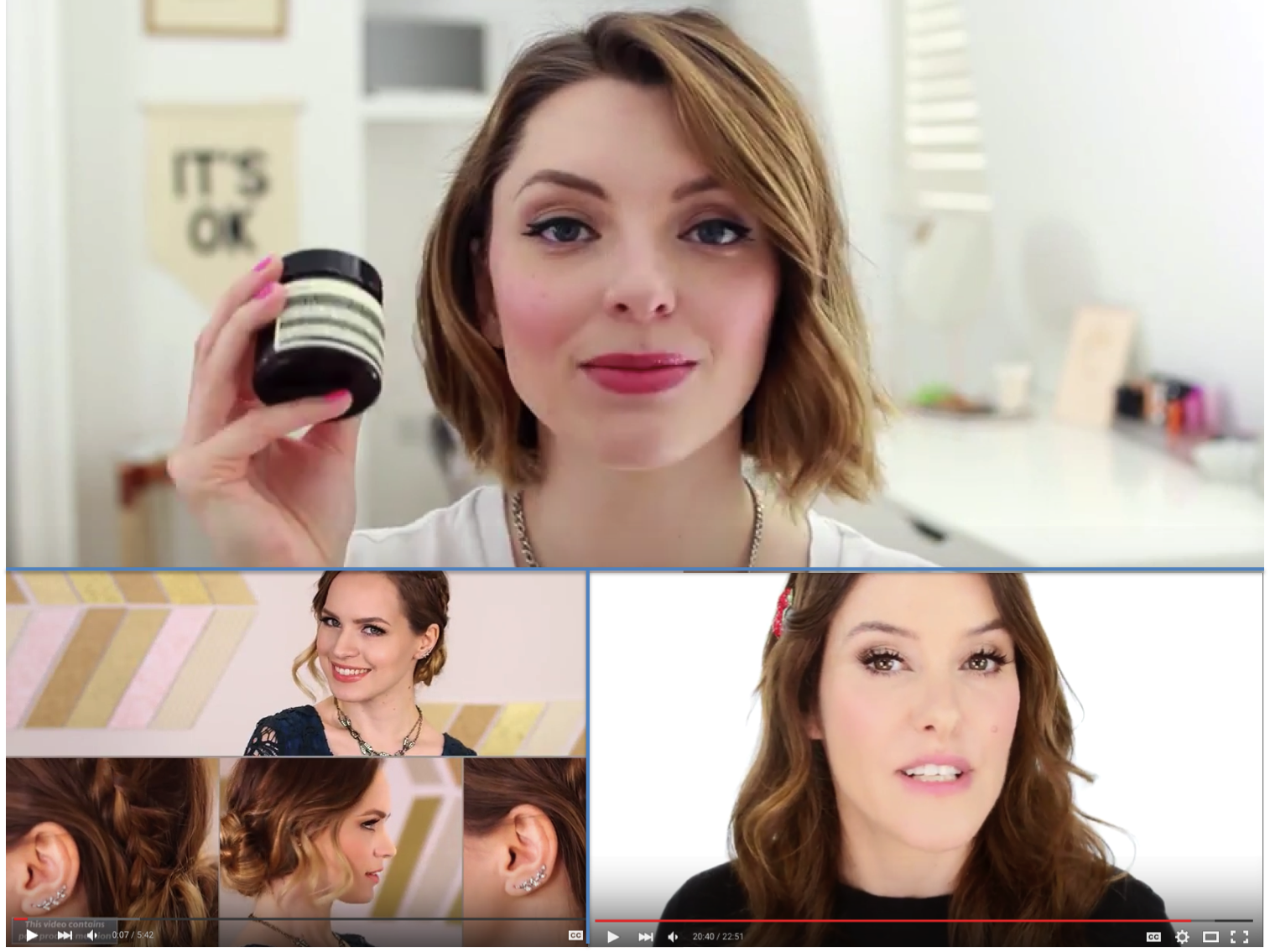 Sometime between asking two friends to help me do my hair for my wedding three years ago and today, I became a secret and devoted watcher of beauty videos on YouTube.

If you don’t know, these are four to ten-minute long videos where peppy, pretty, girlish women, largely in their early 20s, talk about hairstyles, makeup, fashion, and personal care products.

There are different kinds of videos, all variations on a theme. In tutorials, they show you how to do your hair a certain way or get a certain look with your makeup. In haul videos, filmed after buying a bunch of products or clothes, they walk through each item, laughing and telling you what they liked about it, where they got it, and how they plan to wear it. In “vlogs,” (video logs) they simply film and narrate their daily lives as they eat breakfast, go to the gym, hang out with friends, and more. If this sounds pointless and uninteresting, it is. I cannot honestly recommend them.

And yet, watching these videos clearly satisfies some part of me. It started with Kayley, a Christian with a giggly personality and serious ambition who was devoted to improving her production value (something I found very endearing). Then there was Estee, who has honed quirkiness down to an incredibly effective formula. And more recently Lisa, the oldest of the three, with a plummy British accent that makes everything sound good.

Their lives were so pretty, cheerful, and well-lit, and the short, scripted glimpses into their carefully edited worlds quickly became addicting. Watch me, they said (sometimes literally). So I did.

At first the women felt like strangers, but watch enough of anyone speaking in a friendly voice while they look right at you and share personal details of their lives and you will eventually feel like you know them. It was like a safe, even encouraged, form of voyeurism. Like any good binge, the more I watched, the easier it was to continue.

According the beauty survey we conducted last year, I am far from the only person out there with a secret beauty behavior. Fully a third of respondents said they do, too. 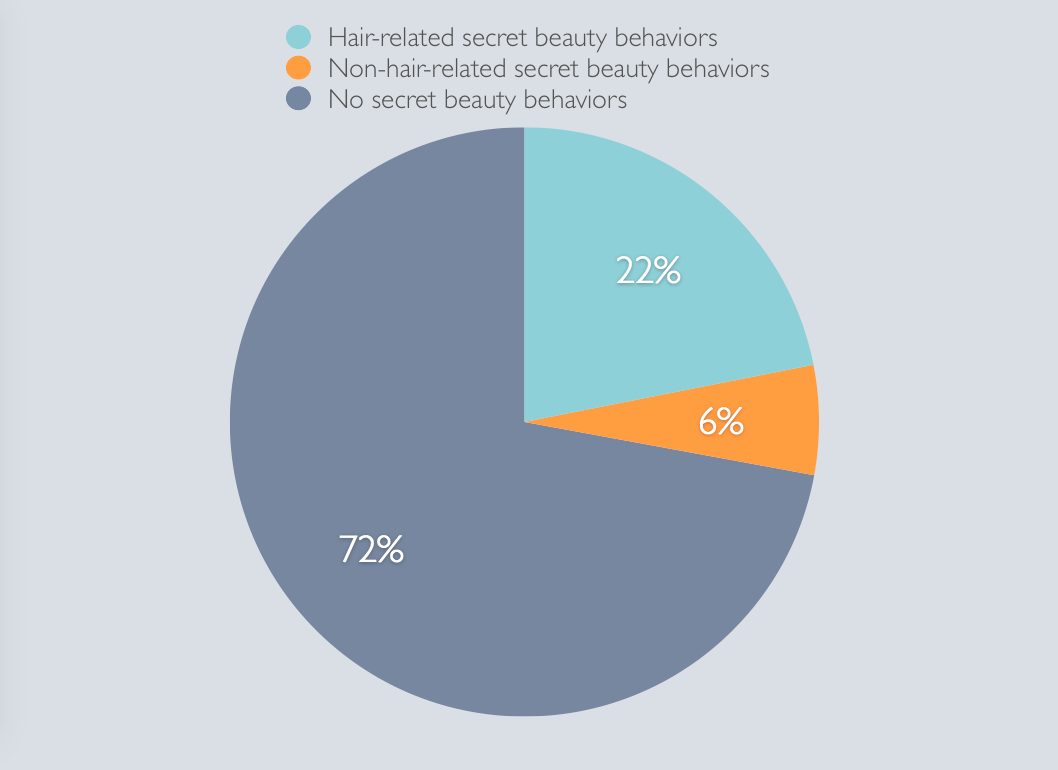 Nearly one third of all respondents had a secret beauty behavior.

Hair, mostly on chins, lips, nipples, and bikini areas, is plaguing women in a serious way – at least those who responded to this question. 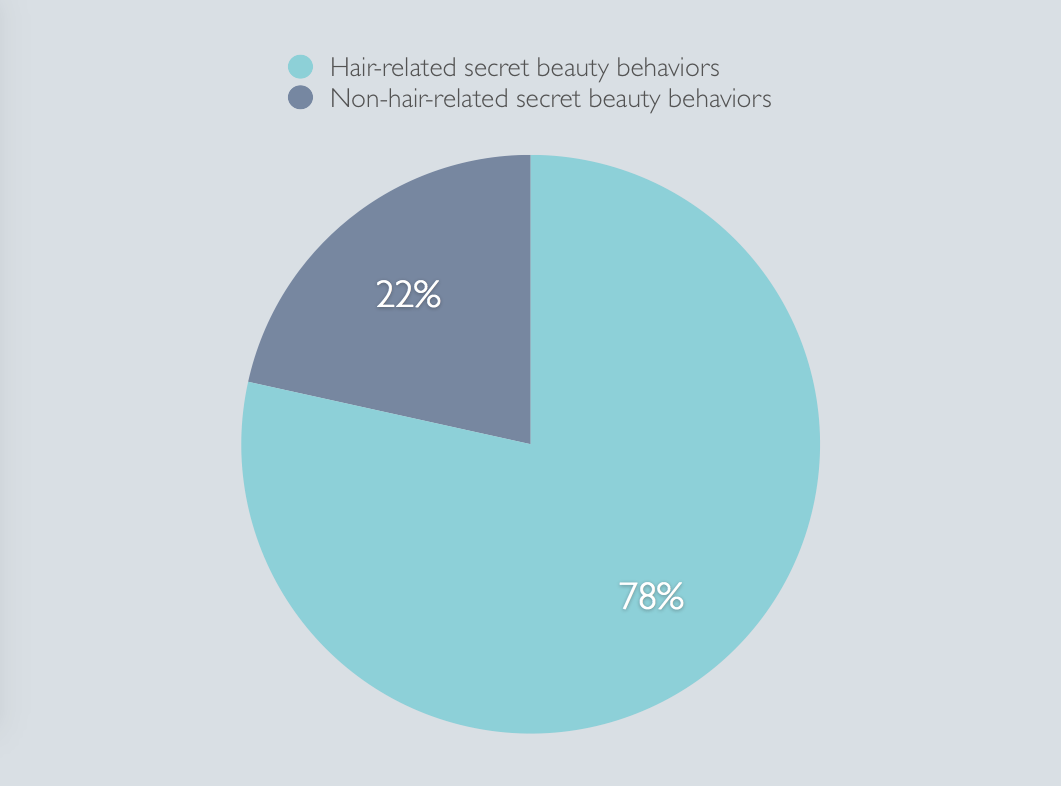 The vast majority of secret beauty behaviors had to do with hair removal.

It seems like having secret beauty behaviors correlates to how we rate both our maintenance level as well as that of our partners. Does this pressure to hide what we’re doing to literally keep up our appearances come from within, or is it an external force? We don’t know. We may just be in maintenance vortex, everyone employing secret beauty behaviors in an attempt to meet some perceived expectation we think our partners have for us. (Anyone interested in testing this theory by stopping or outing themselves? If so, we want to hear from you!). 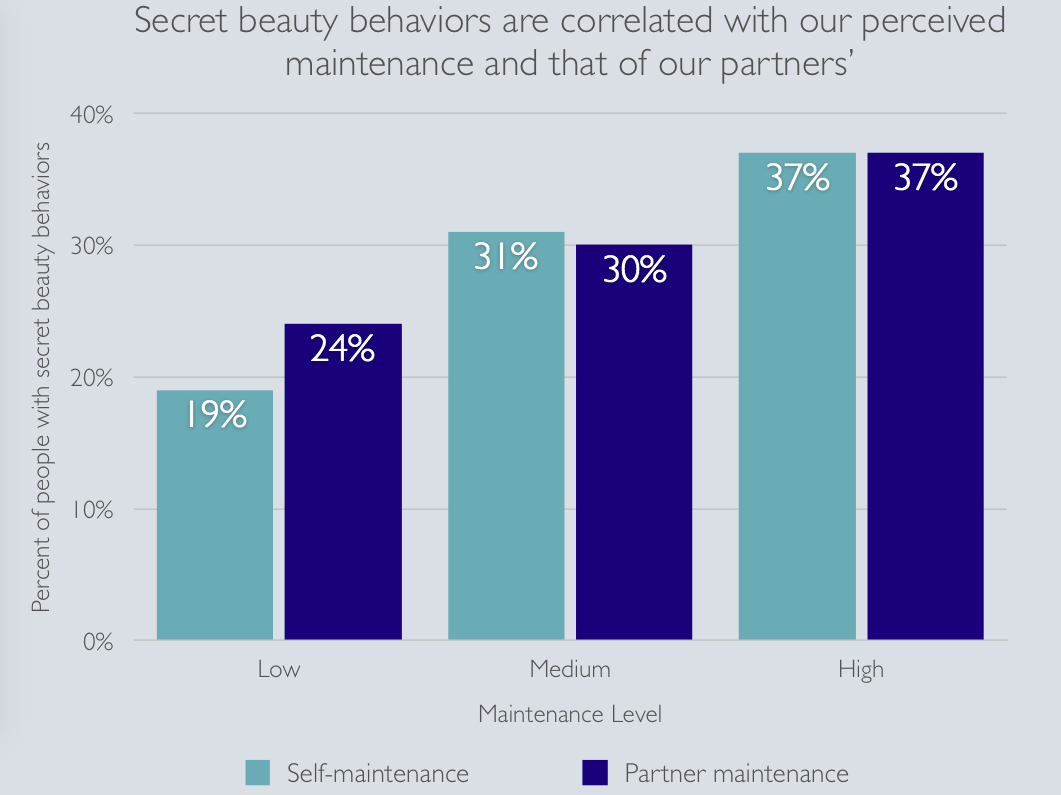 Rate of secret beauty behaviors seems to be correlated with our perceived maintenance levels – as well as that of our partners.

The beauty subgenre of YouTube is huge, and the most successful women are those who balance polish (good lighting, sound and camera equipment, reasonably professional editing, tasteful backgrounds) with personal authenticity (sharing a lot of details about their lives, especially romantic relationships and endearing “flaws”).

I heard about Kayley’s engagement, her move to Los Angeles to pursue a serious career as a cosmetologist, and her thoughts on doing brand-sponsored videos. I followed Estee on a trip home to her native Canada, where I met her mom and grandma; back in London (where she lives) I went on walks to the park with her and her greyhound rescue Reggie and heard her answers to the “TMI” (too much information) tag. The creams and blushes and serums that these women build their YouTube channels around are almost beside the point; it’s the implied intimacy and genuineness that is so valuable and, strange as it sounds, compelling. That, in many ways, is their product.

My hair was short when I got married, and the videos were totally unnecessary for styling it. I also don’t wear or buy much makeup – in fact, I am trying to reduce the already minimal makeup that I use on a daily basis. In short, there is no reason to know any of the personal upkeep, fashion, and beauty techniques that I’ve now watched more hours of than I care to admit. I recognize that I don’t really know these women, but I call them my YouTube friends anyway, as a joke. Mostly.

This is the second post in a series about beauty where we’re sharing results from the over 300 responses to our “Do you feel beautiful?” survey.