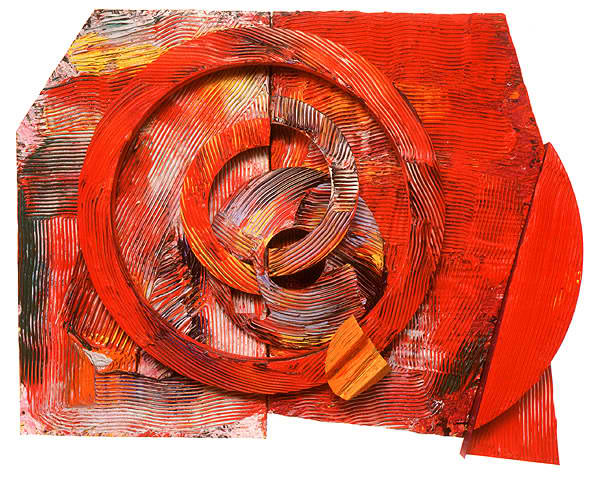 When I was growing up, my family had a tradition of challenging the kids generation to not smoke until they turned 21. If the kid won, she would receive $1,000, and if she lost, she’d receive nothing. When my older cousin turned 21 and collected, she described all of the things she bought to me: a new bed, a weekend trip, a ring, maybe something else too. I would have been eleven at the time, and I marveled at how much fit into a thousand dollars.

I remember describing the family bet to a high school classmate. She was a big pothead and I had assumed that she would tell me that it wasn’t worth it. Better to have fun now. She surprised me by saying, “$1,000?! I would totally not smoke in order to collect a thousand dollars. That’s a good deal.” Apparently this didn’t have much impact on me. At nineteen, I abandoned my cash payout for a joint in Amsterdam after diligently not smoking through all of high school.

My mom had told me, many years earlier, that I had no regard for money. I don’t remember what sparked this comment — it was nothing truly egregious, probably something mildly wasteful. At the time, I took offense, yet, I’ve realized that she was right. I was missing a basic sensibility about money and its value. Since then, my very basic understanding about the value of a dollar, in terms of its purchasing power, has improved vastly. I know what reasonable costs are for a cup of coffee or a nice meal. But in a larger sense, I’m still puzzling over the value of money, how much I should be making, and how important it is. This puzzle has been enhanced by two consecutive decisions I made last year to earn less money.

The first decision was a simple trade: 20% less time in the office for 20% less pay. It was a decision that I struggled with for months: was the pay cut worth it? What would I do with my time to justify this decision? Not just to justify the loss of money itself, but also the value of time, which I felt had to be used for some tangible, productive activity. Once the decisions was made, it become the best decision ever. Life was immediately more vibrant with a more even ratio of time in the office to time off each week. I no longer had the Sunday blues since Mondays were my day off and I looked forward to them.

I had given up money for time — time to be alone, to develop new projects, to relax and be creative. My only rule was that I had to do my errands over the weekend to leave my Mondays free. In total, I calculate that I traded in a bit over $5,000 for five months of Mondays to myself.

Was it worth it? I think so. I’m so happy to have had this experience. To have had the hours I needed to train up on coaching, practice with clients, and to take care of myself. I built something during this time: both completed a coaching certification and getting a better sense of what I want in my life, what motivates me, and what I would do with myself if I didn’t need a paying job.  But what else could I have done with that $5k? Earned and invested, it might have meant being able to retire earlier or contributed to a down payment. It’s in this future tradeoff where money gets utterly confusing to me.

After just a few months of free Mondays, switched jobs. I went back up to five days a week, and I took another pay cut. Though obviously a bad deal on those terms, it was a change that I was excited about and that pivots my career (I hope) and promises to launch me in a new direction.

The immediate impacts of this decision are obvious: I had to create a budget in order to make sure I could accept the job, and I now watch my spending much more carefully. I miss the feeling of not worrying about money. There are longer term impacts too: I am not saving much at all right now, and when I think about doing big, expensive things– like buying a house or even moving out of my rent-controlled apartment, having a kid, getting another certificate or degree– these things feel uncomfortably out of reach. These major milestones, if I want them, can be expensive propositions.

But I also love my coworkers, am learning new things in the field that I want to be working in, and expect that this job will open up new career possibilities. None of those big, expensive things need to come right now, so, as much as I sometimes think wistfully about my old salary, the immediately tradeoff feels worthwhile.

In truth though, it is too soon to determine the ultimate value of this exchange, which leaves me afraid that I have made bad choices. I fear regretting what I am giving up. I know that it is only because of enormous privilege that I even had the option to take two pay cuts and still maintain the rest of my life and lifestyle. I also know that this privilege is wearing thin, and I won’t be able to keep making decisions with this same disregard for money.

Now that I see the value of that $1,000 with crisper edges, would I still have smoked in Amsterdam? Probably. I have a vivid memory of puffing on a joint while running through the train station to catch a train to Paris and giggly rounds of card games that we played high on the train that chugged its way out of Amsterdam. And after all, what is the value of money other than to do the things you want to do in your life? Yet, figuring out what those are and how to spend your money, what tradeoffs you are willing to make for time, happiness, and future possibilities, that is the tough part.