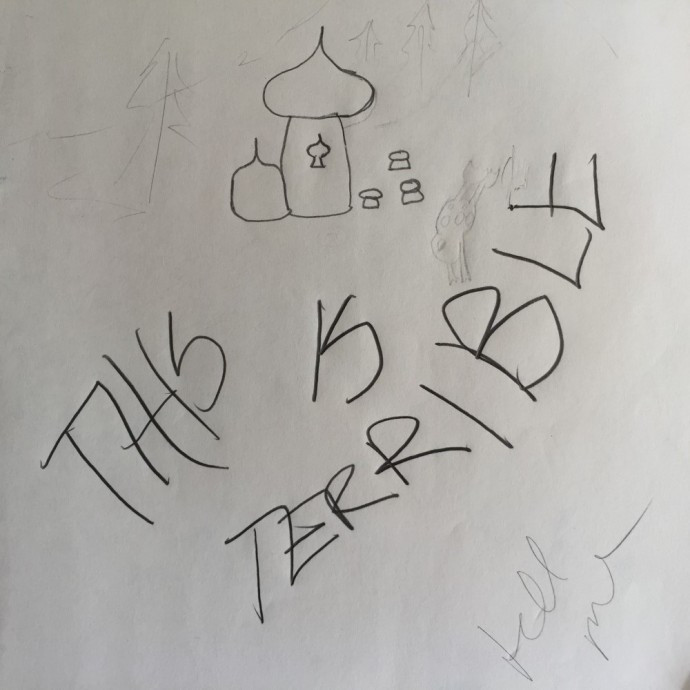 I have a distinct memory of going through my journals and notebooks when I was 10 or 11 and grading my own artwork; I gave almost everything an F. “This is terrible,” I scrawled across one page with the beginnings of a sketch of a minaret, my intense frustration apparent in the big, sharp-edged letters and the dark, hard lines of the pencil. I’ve done art all of my life. My parents and my brother are all artists, and creative expression is fundamental part of my family’s culture. Although I often got encouraging feedback about my work growing up, I was never satisfied with it. I had grand visions of what I would create and was often disappointed with the reality of my ability.

Perhaps it’s not surprising that the experience of trying to make things elicited such critical feelings at a young age; “creativity” is an extremely loaded social concept. It’s generally equated with being able to produce work that is objectively admired or beautiful, often a piece of fine art like a painting or drawing. Our culture celebrates creative “geniuses,” people natively bestowed with special abilities. We see their final products and are amazed at what they have achieved. We compare our own efforts and struggles to these successes and take it to mean that we are not truly creative.

I could not disagree with this more.  I think everyone is creative. Creativity is part of being human, like empathy. You aren’t endowed with it, like brown eyes, and it doesn’t spring forth fully formed. The expectation that creativity is about effortless talent is misleading and damaging.

I think we’ve confused creativity with a product rather than a process. “Creativity” is not a painting that happens to sell for millions of dollars, it’s the process of trying new things and attempting new ways to solve problems – whether that’s telling a compelling story or solving a math proof. It’s is about continuing to make things – even when your taste is more developed than your talent. You build creativity, and strengthen it like a muscle, by the continual practice of infusing energy and new thinking into something.

Creativity-as-process is, frustratingly, largely invisible, which I think accounts for some of our cultural confusion about it. The hours of effort and work on a project that are the true essence of creativity are intimidating to consider and sometimes extremely painful to experience. We don’t think of them as interesting to talk about or understand; they don’t elicit admiration and awe. Actually, many of us are likely use strenuous effort and labor as evidence that we should stop trying something rather than thinking of it as an exercise to build a strong creative muscle.

I believe we put too much belief in creativity as fixed and static. A very good friend of mine is a fourth grade teacher, and she often laughs telling me about the challenge of helping kids learn skills – for example, being able to summarize an article in their own words – that, as adults, we forget needed to be taught. Some kids understand the lessons immediately, and others don’t. My friend doesn’t conclude that the kids that doesn’t instantly grasp the skill aren’t capable, she just knows that they need more time, or a different approach. Some of us never hear this message as kids, and even those of us who do have a sense from an early age of knowing what we are good at. We have a sense of settling into “our” things as we age and start to think of ourselves in a certain way (“I’m a bad artist”) and find it hard to shift our identity and test out something new. We forget or avoid experimenting and enjoying the practice of something for its own sake, even if the result isn’t very good.

When we imply that proficiency necessarily accompanies creativity, we do everyone – both people who consider themselves creative and those who don’t – a huge disservice. It discourages the process of trying new things that stretch our understanding and our abilities and that, occasionally, allow us to produce work we’re really proud of.

I still feel the frustration that I experienced as a little kid when my taste exceeds my ability (which is most of the time). I still compare my work to that of others and find it wanting. But my creative muscle is also stronger now. As I’ve gotten older, I’ve realized that there is pleasure simply in trying new things, even when the final product isn’t successful. And I’ve had enough opportunity to feel the thrill of trying something and having it succeed – even in a small way – to motivate me forward.