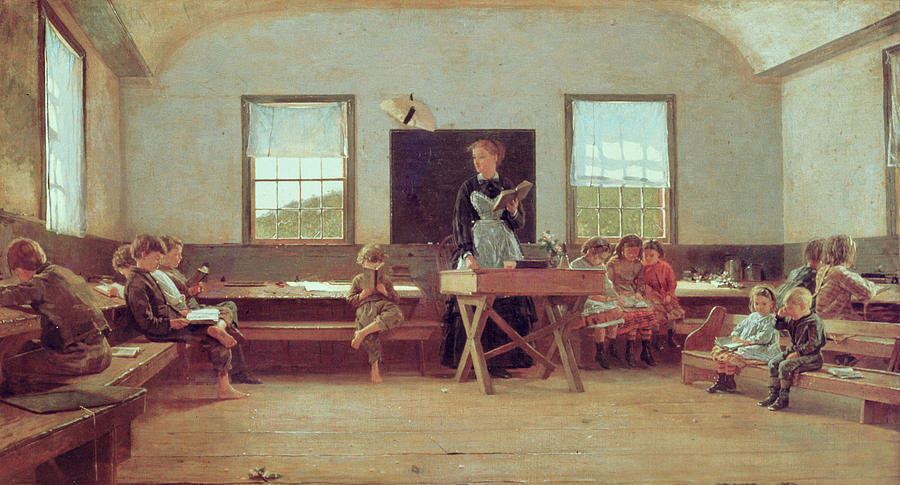 In an episode of the “Cosby Show” that sticks in my mind, Vanessa Huxtable’s class has a science fair. For her entry, Vanessa creates a static model of the planets in the solar system. The day of the fair, she is shown up by her peers and comes in 14th place. The other projects are impressive, like a robot that works at the clap of hands. Another student brags that he created a model of the solar system where the planets orbited one another several grades ago. By the end of the episode, Vanessa decides to redo her model, not for credit or even to show to her teacher, merely to show herself that she can.

This episode stuck in my memory from my childhood because not because the moral sank in, but precisely because I couldn’t relate to Vanessa. “Why bother with the extra work?” I wondered.  Instead, I had learned to work efficiently and I calibrated my effort with the results.

At the large public high school I attended, it was routine for questions seeking deeper information to be met with, “Don’t worry, you don’t need to know that for the test.” Though this infuriated me, I adapted. I learned how much effort I needed to exert to do well.  Kio Stark, in her book “Don’t Go Back to School,” writes, “I heard from teenage dropouts who felt that school and its rigid structure were plainly opposed to their desire to learn…. they described a fundamental problem with school learning: It motivates students with external- rather than internal- demands and rewards. These are things such as grades, arbitrary deadlines, and test-based evaluation, with its ‘correct’ answers.” This was exactly what happened to me, though unlike Stark’s dropouts, I was motivated by good grades, the ultimate in meaningless and arbitrary rewards.

I had mistaken the meaning of school. I thought the goal was to master information that would set me up for a successful career. I believed that doing well on tests was a good indication that I was doing well and that I would be successful in life.

But learning how to do things good enough for a good grade isn’t the same as learning. In both high school and college, I failed to learn the art of diving into things for the sake of curiosity, or as Vanessa Huxtable did, for my own sense of pride and self-worth.

Life has so much more to offer – and to ask of us – and my brain, it turns out, is like a sieve. Indeed, I remember little of the factual information that I learned in high school and college (and probably even grad school), and little of the factual knowledge is useful in my day-to-day work.

I don’t mean to pick on teachers or schools, per se. They have a hard job to do just to make sure that every kid (usually in overcrowded schools) gets what they need to just meet their grade level. And school does do some things well; there is value in learning discipline, knowing how to complete assignments not of your choosing, and doing things because you have to. I do use many of the skills I learned in school, especially how to organize and balance multiple projects at once, and to plan ahead for big assignments.

My mistaking the purpose of school is in part because our education model is outdated. Educational researcher Sugata Mitra makes a good case for this in his TED talk. He notes that today’s educational system developed about 300 years ago, in the Victorian Era and the age of the British Empire. At that time, trying to run the entire planet without computers or phones required lots of handwritten information transported by ship. The British engineered a supercomputer of people, which Mitra calls the Bureaucratic Administrative Machine. He describes:

“They made another machine to produce those people: the school… [The people] must know three things: They must have good handwriting, because the data is handwritten; they must be able to read; and they must be able to do multiplication, division, addition and subtraction in their head. They must be so identical that you could pick one up from New Zealand and ship them to Canada and he would be instantly functional. The Victorians were great engineers. They engineered a system that was so robust that it’s still with us today, continuously producing identical people for a machine that no longer exists.”

Indeed, today’s world looks quite different. I have a government job, so I’m part of the modern bureaucratic machine, and, though I do literally stamp invoices upon occasion, I rarely write anything by hand and never do sums in my head. It is not enough to have those basics skills to be good at my job, or any other. My organization, for example, is trying to increase recycling and resource efficiency in a complex world where there are no right answers. It is the soft skills that are essential: critical thinking, problem solving, and the ability work well with a range of other people. No grades are given out, and there is no clear metric of success on a regular basis.

At the end of the day, school teaches us to accomplish other people’s goals and milestones in a constrained environment. What happens when there aren’t any goals and milestones? It means we need to have the courage and confidence to create our own. I am still learning to motivate myself. My current position, where I tend to receive very little feedback, has been a great training ground. Leaving the office each day, there is no one else to tell me if I met some external metric of success. Usually, this leaves me feeling like I’m not doing enough and assuming that someone else in my position could and would do more.

Some days, I don’t live up to my own expectations. Many days I do, partially because of the work I did that I’m paid for, but also if I did the things that I wanted and needed that day for myself; sometimes this is a lunchtime yoga class or a writing break. I’ve learned to measure my whole life, not just my work. I know, leaving the building and walking to the train home, I can feel if I am happy with the work that I did that day.  After all, without the external metrics, it’s easier to see that I am doing this for me. I am my own boss in my life; I only need to please myself. I can be a difficult boss (especially when my inner critic comes out), but at least they are my own goals and milestones.