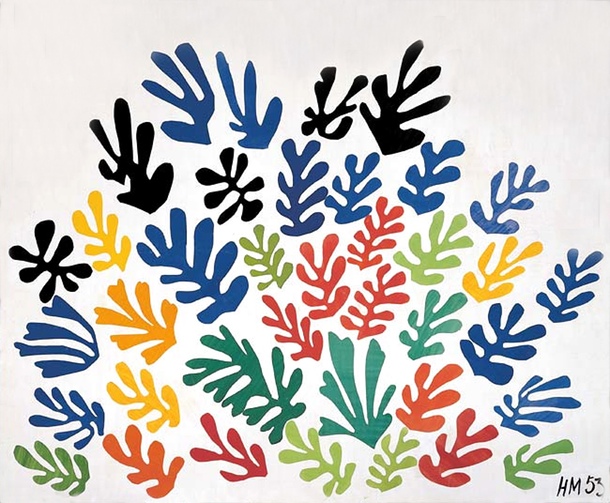 Steph was once described to me by a mutual friend of ours as someone who made you feel that anything was possible. And it’s true—whether it’s undertaking a complicated recipe for chocolate babka, reupholstering chairs, or taking impromptu trips, Steph is someone who has a lot of ideas, and a big, enthusiastic smile for every one of them. It makes you want to join her in whatever it is she’s proposing. After finishing a graduate program last year in urban planning and feeling somewhat dissatisfied with the freelance consulting work she was doing, she came to me with her latest idea: a career group for women. We sat down to plan.

The idea was simple: to gather a group of women who would meet regularly to support each others’ lives and careers by reading and discussing interesting books and articles, and by sharing thoughts, experiences, and resources. Steph and I hoped it might become something we’d want to participate in for the long-term, allowing us to track people’s career development through various life phases and jobs.

It needed to be big enough to be diverse, but small enough to still feel intimate and manageable. We ended up with a group of 11 friends, friends-of-friends, and acquaintances, ranging in age from 29 to 39, at various career stages: people who had been in the same industry their whole working life, people finishing grad school, people entering grad school, and people going through major career changes. Industries included law, nursing, teaching, sustainability, transit, game design, and a small business owner.

Initially, Steph and I thought we would organize each meeting around a theme and select a book or article relevant to that theme for everyone to read. We brainstormed topics and had no trouble coming up with possible areas of focus. An initial shortlist included mentoring, salary negotiation, feeling like a fraud, work/life balance, working with career coaches, setting boundaries, and following your passion versus letting passion follow you. In addition to the organized discussion, we wanted time to discuss personal questions or conflicts we were facing. In reality, the meetings didn’t run this way at all.

Part of the problem was that we all really liked each other. This meant that meetings quickly began to feel like opportunities to socialize. We would get sidetracked, sometimes for long periods of time, talking about a specific issue someone was experiencing, and fail to make it to the larger organizing theme. It’s not that these detours weren’t interesting—they were often engrossing. One really interesting one began when a member shared that she had been called a bitch by a female co-worker and wasn’t sure how she wanted to handle it. But while these conversations could be valuable, once they started happening at most meetings, we realized they were a distraction and that we needed to readjust our approach.

After several meetings of this, Steph and I thought it was time to talk as a group about what was working and the possible changes to make going forward. Everyone agreed that we needed to create a more focused, structured way to run the group that would make space for “big ideas” discussions as well as personal topics where we wanted the group’s opinion.

First, we agreed to set a specific day of every month for meetings. That way it was automatically in everyone’s calendar, and we didn’t have to go through a scheduling rigamarole for every session. If everyone couldn’t make it every time, so be it.

Next, we decided to take turns leading each meeting. Prior to this, Steph had mostly been in charge of scheduling meetings, proposing topics, and sending out reminder emails. This helped get everyone equally involved with the direction of the group and encouraged a sense of ownership over what we talked about. We waited until the end of each meeting before discussing what we wanted to address at the next one. Anyone can propose a topic; as long as enough people agree that it feels relevant, it’s a go. It’s up to the person who proposes that topic to pick a place to meet, supply snacks and drinks, and send out a reminder email to everyone, including any required reading or prep.

Our conversations are respectful, but that doesn’t mean we always agree. And while we’ve all gotten excellent advice, we aren’t always successful in implementing it. For example, I wanted to ask for a substantial raise and a title change last year. I anticipated that the title change would be easy. It was free for my boss to give me, for one thing, and my company—a small, family-owned business—doesn’t have formal rules set up for promotions. Asking for a big salary increase would be harder. I’ve been at my job for six years, but had never negotiated. Instead, each year when my review came around, my boss would simply tell my what my wage increase would be (if any), and I would nod affirmatively, relieved that the money portion of the discussion was over. I think he felt the same way. This time, I wanted to advocate for more.

Based on role-playing negotiations we’d done at one of our career group meetings, I met one-on-one with two members to practice. I decided to ask for the title change first. I figured that by getting my boss to agree that I deserved a title that more accurately reflected the scope of my responsibilities, segueing in to asking for a big raise would seem more natural. I probably role-played the negotiation three or four times total, and every time I was very nervous. (I highly recommend this exercise, but, even with friends, it is difficult.) Each time I did it, I refined what I wanted to say about my own performance and how I proposed being compensated.

I had my review a week or two later, but even with all this prep, my negotiation did not go as anticipated. It started with my boss requesting that we discuss my salary before addressing a title change. That flummoxed me immediately. Of all the many things I had practiced, this simple twist was not one of them. I could have pushed back and insisted that we start with a title discussion, but I didn’t feel comfortable doing that. Flustered, I agreed to his request and talked about my expanded responsibilities, concluding with requesting the new title I wanted. He demurred and said he needed time to think about it, another unanticipated response. I was zero for one and not feeling too great about things as we turned to the question of my salary.

As with years past, he told me that he wanted to raise my salary by a specific amount. At that point, I considered aborting the whole negotiation and just thanking him for the raise, as I had done every time before. He mentioned—tacitly discouraging me, which totally worked—that our line of credit with the bank was in jeopardy. I couldn’t imagine an artful way of pushing back and making the case for a larger raise, as I’d practiced, so instead I said that I had been planning to ask for more, and proposed that we revisit the issue in a few months. He agreed. The whole thing was over in about thirty seconds. It wasn’t how I hoped the discussion would unfold or conclude, but it was a step in the right direction. I realized that, more than anything, negotiations are about keeping the conversation going.

Many of the women in our career group share common questions and concerns like these. One thing that’s so interesting about it is observing people deal with similar situations in very different ways. For example, we have a few members who aren’t sure they want to stay at their jobs. Some, for various reasons, have decided to try to make the best of it and not look for other work. Others have concluded that they may never be satisfied and want to resume their job search. Few people are in careers because a passion for the work led them there. Even those who are in their supposed dream jobs aren’t sure that they make them happy. If our career group has made anything clear, it’s that there are no easy answers.