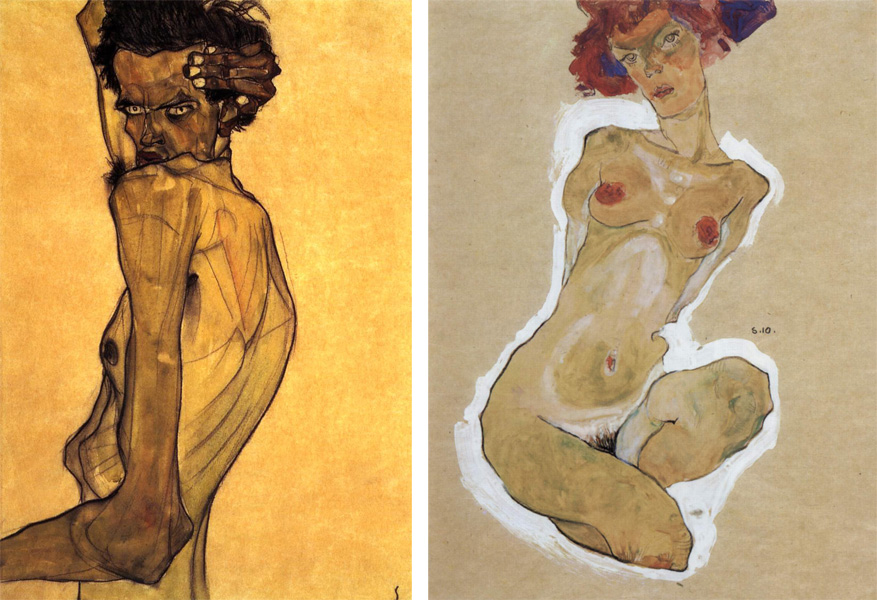 When I was young, maybe around 7 years old, my father told me and my brother about the Triangle of Death. It’s the area that spans from the top of one’s mouth up the bridge one’s nose. An infection in this perilous zone can travel straight to the brain and kill you.

How do you get an infection there?

By squeezing pimples. Never, ever do it.

Fast forward to sixth grade, when the best elements of puberty were kicking in: oily skin, sweaty armpits, hairy legs, and a lot of angst about my inadequate breasts. One day an older friend asked why there was so much dirt on my nose. She said it innocently, like she wasn’t sure, and I played along, like I didn’t really know what she could be talking about, since I’d just washed my face.

But I knew exactly what she saw. A pepper-like sprinkling of acne recently had spilled across the wings of my nose, and no amount of Noxzema could sweep it clean.

That year, a different friend, who would soon introduce me to Courtney Love and the best places to buy vintage clothes, stood in the school bathroom in front of the mirrors and explained: “It’s easy to squeeze pimples. I do it all the time.” She grabbed hold of her flesh with two hands and determination, and she dug in.

She was right in the Triangle, but she showed no fear. I watched her, rapt. Could I actually be free of these things? I modeled myself after her, placing my two index fingers on my nose, pointing toward one another. I pressed the skin together, tentatively at first, and then added pressure.  With little effort, discrete worms of pimple paste sprung forth from each pore, like spaghetti from a machine. It was an incredibly satisfying feat.

Bonus: when I cleared the gunk away with paper towel, the dark dots disappeared. My nose was red, but within an hour it calmed down and looked cleaner than it had for the past year. No infections began, and no one died. And a lifelong obsession was born.

Twenty years later, I’m still an obsessive pimple-popper. I’m also a hair-plucker, a nail-biter, a scab-picker—basically, a self-groomer par excellence. Not a week has gone by in the past two decades when I have not picked or prodded my skin, coaxing impurities to the surface.

I typically perform my work in the bathroom, but any relatively private setting will do. While paused on a rock mid-hike I’ve excavated ingrown hairs on my calf, even though no one else was going to see them. Each burrowed specimen, grayish beneath layers of translucent skin, erupted through the surface, inky black and conspicuous, where I yanked it free. And dressing rooms are dangerous. I apologize for holding up the line at J. Crew last week; those three-way mirrors gave me a good angle on a fat blackhead that had set up camp behind my hairline. How wonderful it feels to home in on those mountains and craters and level it all, to master the landscape of skin.

Do I sound crazy? To some of you, probably. To many of you, these experiences are all too familiar.

Are these habits the product of our appearance-obsessed society? I’ve wondered whether I would hunt my dermal imperfections with such zeal were there no mirrors to reveal them or critics to notice them. If airbrushed photography didn’t advertise uniform, creamy skin as the norm, would I still pursue it? In other words, does learned vanity drive my pimple raids?

The beauty industry certainly amplifies these messages and likely compels us to focus on our skin even more than we already do. However, I’d wager the reason the industry exists in the first place, and the reason it is so successful, is because so many of us, like our ape ancestors picking burrs from their hair, are primed to groom. You may not squeeze your pores like I do, but perhaps you find pleasure in rubbing grit from your eyes in the morning, scraping dirt from beneath your nails, or swirling a Q-tip in your ear. The physical sensation alone sends a little hit of pleasure through the system, no?

This pleasure, this dopamine burst, makes many of us who regularly perform dermatological self-maintenance feel a little dirty about it. In noodling around the Internet to write this, I came across this awesome piece on the very topic. Written as a confession, full of shame and glee, it sparked hundreds of comments from readers relieved to find someone writing about the same secret. (It also goes into more detail about the biological drive toward grooming, which makes me feel like my theory has some traction!)

I’m writing this like a confession, too, but I’m far from alone. There are enough of us poppers that YouTube abounds with close-shot videos of every variety of pimple extraction. They have millions of views. The most grotesque one I found—a doctor works a metal loop on an 80-year-old man whose nose seems to be more pus than skin, and mutters with slight disgust but more delight, “So many blackheads,”—has been viewed more than 26 million times.

Does it surprise you that the same person who methodically rids her pores of invaders also wants to purge her browser history of her bad deeds? This drive toward control and purity is perhaps what motivates the psychological community to identify excessive skin-picking as a form of obsessive compulsive and related disorders. It’s a perfectionist tendency, a problem to treat or hold at bay.

My obsession has gone so far that I’ve even found myself studying my fiance’s stuffed pores or ingrown hairs, eager to work on those, too. When he first called me out on it, I felt ashamed and guilty. I was making him feel scrutinized, in need of repair. It’s hard to explain that it’s not flaws that I want to change, but some sort of, well, release I’m drawn toward. But it’s also his body (duh), and better for both of us if I exercise restraint.

Over the past few years he has become fully familiar with my skin habits, and he seeks to protect me from myself. “Are you picking at your face?” he asks when I’ve been standing in the bathroom, door partially closed, for too long. He is almost always right, and it’s usually good to stop before I get carried away.

Because I derive more pleasure from the process than its outcome, I can wreak havoc on my skin. Many times I have pushed and prodded and drawn blood (whoops) and left my face looking worse than before I began. But that doesn’t deter me. If it were only about looking good, I probably would cover my blemishes with makeup or pay a professional to give me a facial. The satisfaction comes from conquering my own body, with my own two hands, seeing the foul fruits of my labor, and clearing them away.

I hear the language of attack that I use to describe these routines. They are self-destructive, a sort of mediated violence against the body. There’s an endorphin rush that comes with the soreness, possibly akin to what makes cutting addictive and unhealthy.

The first time my fiance asked me what I was doing, I felt caught. Did you know your lovely girlfriend has a gross habit? Surprise! I also felt misunderstood. As someone who seems entirely to lack the urge to pick at his pores–though he does engage in other self-grooming behaviors, like scratching off tiny beads of sweat that appear under his arm skin on a hot day–he couldn’t really appreciate what I was doing, could he?

These days I feel somewhat appreciative of his reminder to stop messing with my face, and not so embarrassed. Indeed, I did just spend five minutes digging at my skin and was maybe getting carried away. The stuff that came out was delightfully repulsive. But I’m also going to move on now, do something productive, something that brings me more meaningful satisfaction. I neither hate my skin nor hate myself for having picked at it. I’ll probably be back at it in a day or two, once my skin has given me new sludge to clear, and the ritual will continue.

Sonny is a teacher in New York.