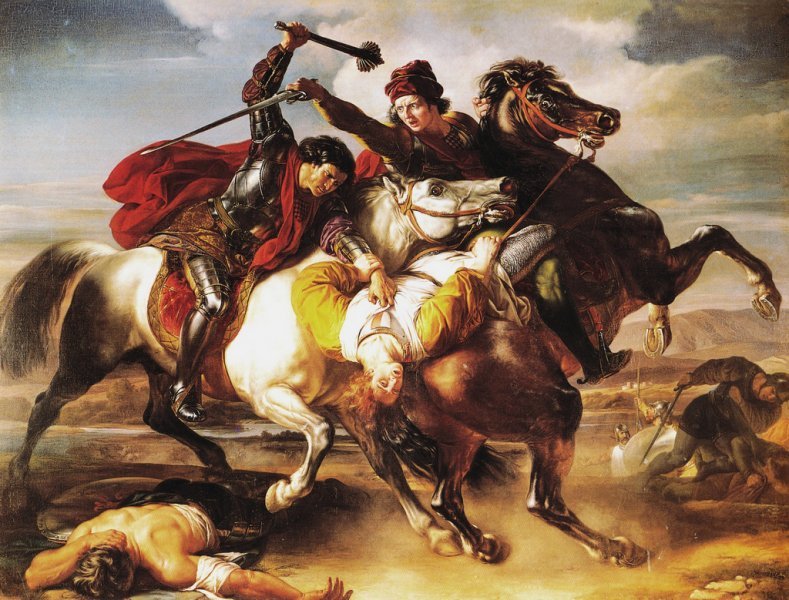 You probably know you should become better at negotiating, although maybe you don’t view yourself as the tough, stubborn, hard-nosed type. In fact, if you read about negotiation, you might hear that the most important thing in a negotiation is to know your bottom line. The official term for this is best alternative to a negotiated agreement, or BATNA. But focusing on this in a negotiation presupposes that negotiation is all about power plays and leverage. I believe this approach distracts from a much more influential component of the negotiation: emotions. Ultimately, we make decisions for emotional reasons, and give logical arguments afterwards.

Many times, negotiations are happening between two unskilled parties. You know this type of situation (maybe you’ve been in one yourself): one person offers a salary of $50K, the other asks for $60K, and they compromise at $55K. When things like this happened to me, especially when I was early in my career, I thought the solution to getting a better final salary was to just set a higher initial anchor. I’ve since been involved in many, many small and large negotiations, and I now provide private negotiation coaching to start-up founders and individuals who want to improve their job offer. I have found that having a deep understanding of the emotional component of a negotiation has a far greater influence on the outcome than power and leverage.

Here are five suggestions I make to my clients to help them use emotional focus to their advantage in negotiation:

This sounds counter-intuitive, but one skill I teach is to learn to be okay with asking questions where you might get a “no” answer. (This tends to be a particularly sticky issue with women).

When you get a “no” you have a real answer. Being open to (or even inviting) “no” is respecting the other side’s ability to make a choice. Often “yes” answers are actually “maybes”, and they don’t give you information about the boundaries. A simple example: someone offers you $75K, and you ask for $80K. They say “yes.” What did you learn? Could you have asked for more? Should you have asked for something else instead? Are you happy with the outcome?

The key to asking the harder questions is being able to bring the person back after “no.” Hard questions introduce tension, and your ability to ask them is gated by your ability to reduce that tension by making the other party feel okay/better. (Notice the focus on emotion)

If at a point of tension, often only one party can feel “OK”… make sure it is the other party, not you.

These are key. Learning to ask open ended questions takes practice (not just an “aha” moment). It gets the other party talking so you can learn more, listen more, and figure out what is driving their thought process.

Example: “Can you help me understand where you’re flexible on compensation?” vs. “I want $100K, does that work?”

I like this one. The other day a friend pinged me because he wanted a discount on an Airbnb rental. It was $2700 and he wanted it for $2000. Instead of just offering $2000, which would mean the other side would have to fight an internal battle of deciding what the place is actually worth, I suggested he over empathize with her. He wrote: “The place is gorgeous. I loved the photos, and I would love to stay there. It’s probably worth more than $2700, and your price is a steal. However, I’m on a company budget, and I can only pay $2000.” He went on to give other reasons and provide her with other value and ease her concerns.

Was this a logical argument? Probably not. He admitted the price was fair and that it might be worth more. Was it an emotional argument? Yes. He didn’t fight her on valuation, and he made her feel good about the place, and his ability to be a good renter. He got the discount. $700 in 10 minutes with one email.

There’s more to this tactic than the above, but it works wonders in the right situation.

This is a short term strategy at best, and a long-term losing strategy at worst.  You don’t absolutely have to be liked at every point in the discussion, but you do need to be respected. Don’t gamble with that respect. If you are skilled, it’s not necessary to lie, ever.

The idea that great negotiators are tough-nosed, hard-bargaining, stubborn people is hugely misplaced (and way too stereotypically-male-focused). This doesn’t mean you should expect the other side to be 100% trustworthy, or that you should be loose lipped with all your information, however. The best negotiators will achieve their goals and make the other party feel good in the process. Period.

This is a good strategy in personal situations and is not strictly a negotiation tactic but more for debate, which often happens in negotiations.

If you want someone to change their mind, you have to give them the opportunity to choose, which means talking about the future. Many tactics are easy to read about, but harder to implement. A focus on verb tense is fairly simple to concentrate on in a debate, and it can greatly change the tone of the discussion. Take care of the other party by allowing them to choose

Don’t get me wrong – in any situation where you and a potential employer are both trying to get to particular outcomes, knowing both your alternatives and their situation is important. But the most important thing is understanding their needs. What problem is the hiring manager personally trying to solve with the role? Often times there are areas where you don’t have opposing goals. Taking an emotional approach to a negotiation may feel counter-intuitive from the stereotypical negotiatior, but behavioral economics studies have demonstrated over and over that people don’t make decisions rationally, they make them unconsciously or emotionally (or both). Emotional focus in a negotiation, or really any conversation, means starting with where your audience is – which requires listening and understanding – and then moving them in incremental steps. Try this in your next negotiation and see how it goes.

If you have further questions, feel free to leave a comment or sign up for my email list, where I go in even more depth on quick negotiation tips for everyday life situations.

Craig is a negotiation coach.