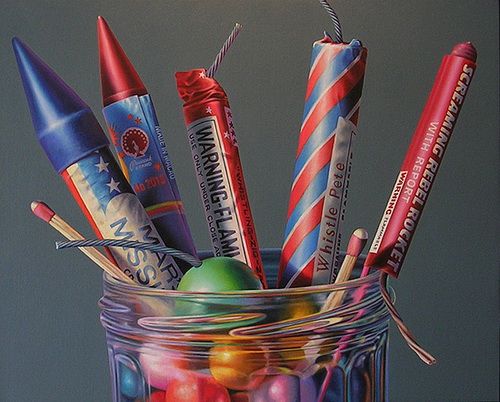 I was lying on my stomach on the small back terrace of my host family’s apartment in Barcelona, using an old coat hanger to try to fish my favorite pair of underwear from the corrugated tin roof one floor below.

After the underwear fell from my hands while I was taking it off the clothesline, I’d debated what to do. I was alone at the house and too mortified to wait and ask for help anyway, but leaving them on the corrugated tin roof forever felt strangely unbearable. I decided I had to get them back, so I looked around the apartment and found a wire coat hanger. I bent it into a hook, which I attached to a piece of cable I scavenged from a closet. Then I got down on my stomach and lowered it down, flinging my arm out awkwardly to try to get it to catch.

The underwear incident happened about four months into my semester abroad and felt like an apt metaphor for the whole experience.

I arrived in Barcelona as a 20 year old in January 2003. I’d been to Europe several times with my family when I was growing up and had some idea, or thought I did, of what living abroad would entail. A heritage of meaningful foreign experiences propelled me forward. My grandfather had studied abroad in France, my grandmother in Switzerland, my mom in Paris, and my older brother in Germany. All spoke about their time in other countries with deep respect and fondness. Travel could be challenging at times, definitely, but my perception was that it was supposed to be fun and enriching. It was for people who were interesting, intellectually curious, and resilient. Cultural narratives about college semesters abroad did nothing to dispel this.

What I’m trying to say is that my notions of what studying abroad would look and feel like were not entirely realistic.

The first clue that my expectations were going not going to match reality was when I was discovered that my compulsory homestay was with a single dad rather than a mom, like literally every other kid I knew.

During the weeklong orientation before we were assigned to our host families, there was a rumor going around that one of the placements was with a man. The story was that this guy always requested women from Brown because, years earlier, one such woman had been placed with him, fallen in love with his son, and never returned to school. It seemed too ridiculous to be true. When the program staff told me that I’d been assigned to the solitary host dad, I was rattled. Really rattled, actually, but I tried to be cool. Like other dumb, reversible situations I’ve gotten myself into in life, I was convinced that I had to make it work no matter what. Everyone felt bad for me, which made me even more determined to not reveal my anxiety.

His name was Joan (pronounced zho-ahn, it’s the Catalan version of the name Juan) and it is not hyperbole to say that he was ogre-like in appearance. He wasn’t a tall man, a characteristic accentuated by a substantial gut. He had large features that were exaggerated by purply, pockmarked skin and wore the aviator-style eyeglasses popular in the ‘70s and ‘80s. His hair, which was abundant, was always neatly side parted and brilliantined into a shiny helmet. He smoked furiously. He wasn’t rude or mean, but nor was he warm nor welcoming. Maybe he sensed my nervousness about the whole situations and, yes, dislike for him. Whatever the reason, we did not hit it off. 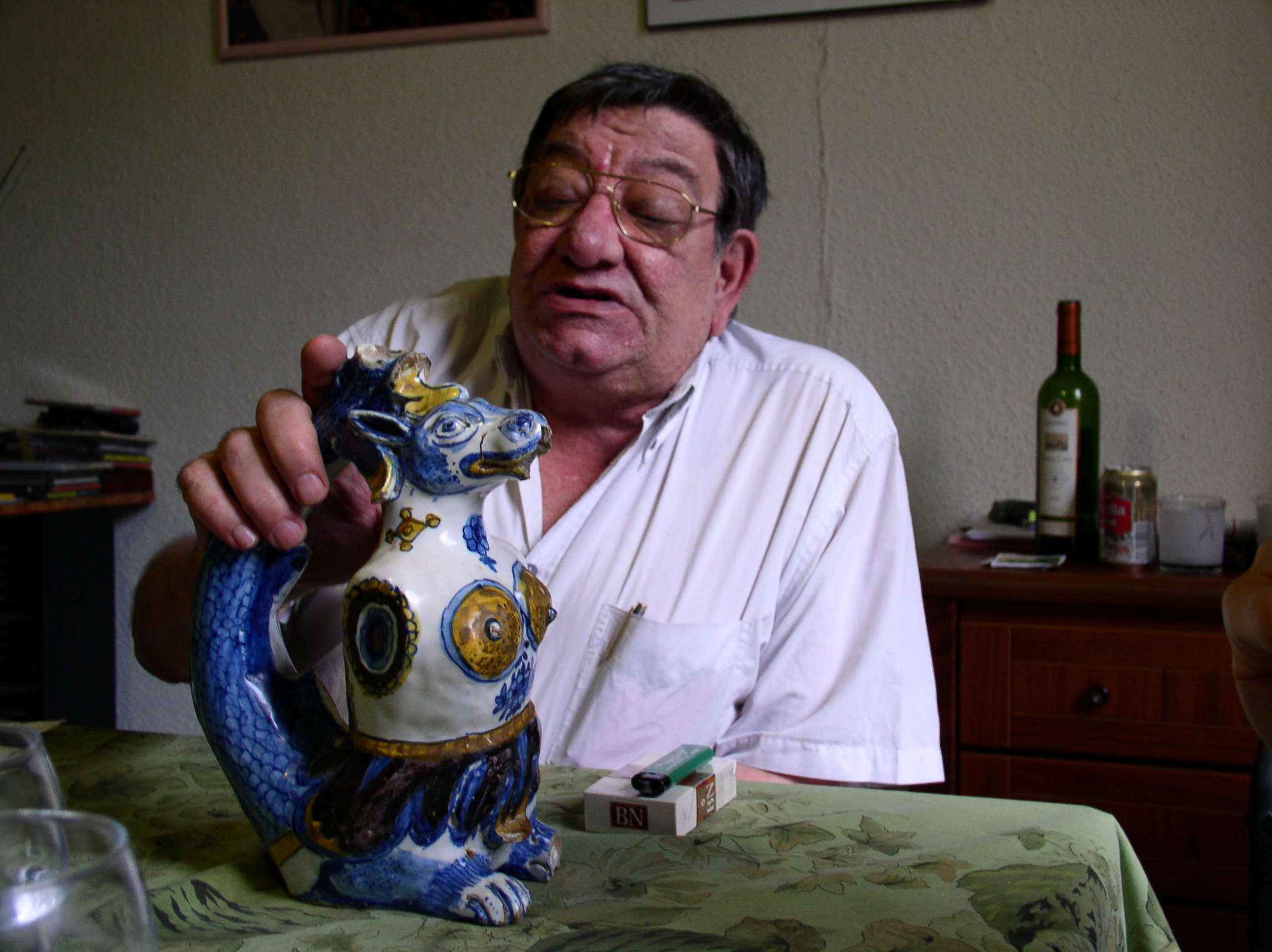 Life outside of Joan’s house wasn’t great for me, either. I wasn’t making any new friends or social connections through school. Two of my classes were with the other American students in the program, and two I took directly at the University with Spanish college students. The two that were through the university were far more interesting – not that I understood the nuances of much of what was being taught. But I liked the people watching, and the old university buildings. Having to go to class and complete assignments imbued a comforting sense of purpose to an otherwise totally unstructured existence. I had a few friends in my program, and I don’t remember why anymore, but we didn’t spend that much time together. Then again, maybe no amount of time with friends would have dispelled the feeling of isolation.

I was depressed and lonely.

Everything was made much worse by the fact that I was paralyzed by my lack of total proficiency in Spanish. Accustomed to a very verbal existence and using language as a primary means of connecting to other people, I was mortified at my inability to express my thoughts and opinions. I was maddened by my own discomfort but couldn’t bring myself to speak if I couldn’t do so perfectly. Since that was impossible, it resulted in me speaking very little indeed. And without language, I had no personality.

I thought a lot about an aunt and uncle who, years earlier, had hosted a German exchange student for a year. They were gracious and warm to her, but complained about how difficult she was privately to us. She never seemed happy. She didn’t want to do anything. They just didn’t enjoy having her around very much. I imagined Joan having similar conversations with his friends and family about me. “She barely speaks!” he might say. “What a bore. I think she might have social disorder.”

Not-speaking became a way of being. Joan didn’t work, so we were often not-speaking in the apartment together. I clung to the familiar. I read, and re-read, a lot of books. I also ate and slept more than I ever have in my life. It turned out that the rumor about the Brown student (whose name was Miriam) and Joan’s son was true. They came over for brunch with Joan’s ex-wife one day. Miriam refused to speak to me in English.

My parents visited for a week in the spring and I can hardly remember being happier to see them. We took a road trip and listened to the Beck album Sea Change. I felt intense, interior joy at being heard, seen, and understood so effortlessly. As the end of the semester approached, I became keenly aware of exactly how many days remained between me and the return home, which had come to feel like a return to being myself.

I spent my last day in Barcelona wandering aimlessly, finally ending up in Plaza Catalunya, one of the city’s busiest hubs. I had already packed and taken care of everything on my to do list. I was surrounded by people and activity but had so sense of purpose, however small. I’d failed even at enjoying my last moments in a city I objectively thought was wonderful.

I recently had a long conversation with my mom about her year in Paris. She has strong, happy memories of Sunday croissants with apricot jam, visiting the Louvre every week, and discovering figure painting and Egyptian Art for the first time. She also told me something I hadn’t known before: she’d been lonely and homesick at times. She felt anonymous in a big city and a foreign language. The experience had indeed been rich, but it was not easy.

People don’t know how to react when you tell them that you didn’t like studying abroad. I laugh about it now, but the expectation for the experience – mine and everyone else’s – was one of wonder, transformation, and adventure. When the opposite ended up being true, it felt like an enormous personal failure. There were many things I loved about Barcelona — the fantastical architecture, the liveliness, the hidden alleys and dazzling boqueria open air market were enchanting. But without the context of a meaningful social foundation, I was adrift.

I went back home, and to school, eager to make light of the experience if asked, and otherwise to move on quickly. For a long time I felt disappointed in what I thought my disenchantment with my semester abroad said about me. Eventually, I forgave myself for the legitimately difficult parts and recognized that there were other people who would also have been seriously challenged by them. It was a lesson in how important having a solid social foundation is for my happiness. It was a lesson in paying attention to who I was, not who I wished to be.

And if you’re wondering about that favorite pair of underwear, in a small but significant triumph, I did get it back.

Next week: are you ambitious? Follow us so you don’t miss out: