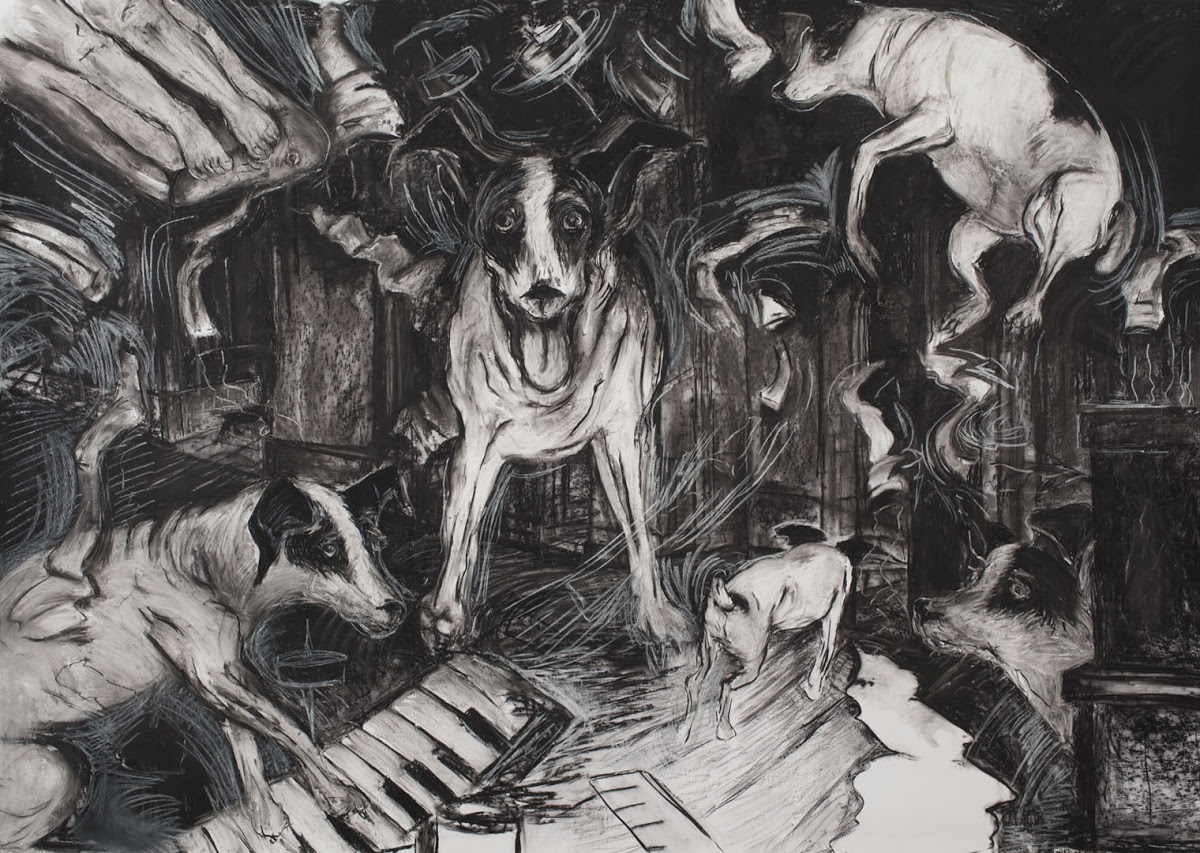 “You were born,
and so you’re free,
so happy birthday.

When I was in my twenties, I couldn’t imagine the classic indicators of adulthood we are expected to pursue — and wasn’t sure I wanted them. I certainly didn’t see an urgency or need to get married. Well, my ‘to be’ wife did, and before long, we were wed. Nor did I think about having children — and now I have two; a son, 41, and a daughter, 36. I saw no reason to have pets, yet at one point in the mid ‘70’s we had 13 cats and two dogs living with us in our small apartment on the Upper West Side of Manhattan. Oh, yeah, let’s not forget the chicken that my wife, Hana, rescued in Riverside Park. Chiccolini lived with us for a couple of weeks.

Writing about these parts of my life now makes them feel like an inevitability, but at the time I protested them strongly and vociferously. I’ve thought a lot about my robust capacity for resistance, and it occurred to me a few years ago that pretty much everything I consciously resisted, everything that challenged my sense of who I was and what I knew, turned out to be something defining and valuable.

I lived almost all of my life, until I turned 63, in very good — almost unfairly good — health. I stayed trim without great effort. I had no major illnesses or injuries. My work as a freelance cinematographer could be physically grueling, but I kept up.

In early January 2013, my wife and I were spending the weekend at our country home in northeast Pennsylvania. We loved being away from gritty New York City life, even in winter. Before going to bed, I went to pee, totally routine. But on this night, something different arose. A spurt of bright red blood streamed from my penis, a surge I couldn’t ignore. It wasn’t pink, it was deep red, and on that night Winter took on a whole new meaning.

Ten days later, after an excruciating catheterization and biopsy, I was diagnosed with muscle invasive bladder cancer, and my cancer had a name: ‘small cell carcinoma.’ Not only that, it was primarily seen in lung cancer cases. Across the expanse of his desk, my urologist told me in a hushed tone not to waste any time getting care. On the subway ride home I confided to Hana, “This is the day I’ve been waiting for all my life.”

It felt so true to say this, but I wasn’t even sure what I meant. I suppose I was saying, “now I really know I’m going to die.” Did I previously think I wasn’t mortal?

I allowed myself a generous amount of time for my emotional collapse. I was a puddle of self-pity, almost incapable of standing up. And then, I did. I called Memorial Sloan Kettering, the most renowned cancer center I knew of. Here’s the point of this part of my story. I got up off the floor and took action.

Throughout my life, when was faced with unpleasant situations, I’ve often turned my back and walked or even ran away. With my existence at stake, it became all too clear that the time had come to face up and take action. I came to call 2013 “my year of the unasked for.” How would I respond? How would I show up? Who would show up for me?

While going through four rounds of chemo, my friend Paul, a psychiatrist, asked me if I wanted to participate in a clinical study of the effects of psilocybin on anxiety experienced by people with cancer. The study involved a nine session course of psychotherapy interspersed by two dosings: one would be a placebo, the other would be the psilocybin itself. During one of my talk therapy sessions, Jeff, my psychiatrist, drew a line on a piece of paper, and he placed a dot on the line. He said, “This line is your life, and this dot represents cancer. I’d like you to add dots before and after the cancer dot that represent significant moments in your life.”

Cancer had so dominated my emotional life, I felt challenged to reach into my past let alone venture into my tenuous future. What impacted me most? Then, this rose up through my gut to my chest and into my throat: I remembered the unanticipated exuberance I felt when Ilya, my son, was born. His birth was so far beyond what my mind could anticipate. It was primal. This ‘dot’ was followed by my marriage ‘dot’ to Hana, and another ‘dot’ appeared with the birth of Leda, our daughter. The future was more challenging to define, but I remember wishing for a long life with no recurrence of cancer. I wished Leda would be able to give birth to her own child.

My experience with spiritually guided psilocybin medicine put me in touch with myself in a way I couldn’t have anticipated. While facing the rigors and anxieties of battling cancer, almost out of necessity, I’d become profoundly self-absorbed. With psilocybin, I experienced a non-threatening sense of dispersion, a beneficent sense of letting go, being at one with all beings and the universe.

While the effects of psilocybin have receded, it still resonates. I’ve continued to sustain my growth with a daily meditation practice. There’s no knowing the future; particularly in terms of cancer recurring. That fear, formerly palpable, has transformed and eased considerably.

It’s early winter 2019, and I’m sitting across the corner of a fashionable bar restaurant from my daughter, Leda. She lives in California, but she’s in New York on business for one night only. I’m brimming with happiness to be with her.

Not only have I been cancer free for six years, but Leda and Tim have given birth to our granddaughter Juno. I felt so grateful, and yet something was nagging me. I’m a freelance documentary cameraman/filmmaker, and I hadn’t worked consistently in months.

I’ve spent decades building my reputation as a go to creative partner for documentary filmmakers. I’d built my identity around my professional reputation, but my phone simply wasn’t ringing with offers of work. Leda had been hearing my fears about being forgotten professionally for weeks. I felt confronted with a situation I didn’t ask for. With startling, gentle clarity she asked me, “How does it feel to be in semi-retirement?”

At first, I wasn’t sure how I felt or how to answer her.

Then, when I examined what was actually happening in my professional life, I recognized that an independent documentary I was directing and producing in my personal time was waiting to be finished. I’d been using my paying jobs to steer me away from something far more creative and far more challenging than anything I’d ever taken on before. Facing this reality, I feel alternately excited and daunted. I’m moving into uncharted waters, calling on drive and talent from within that doesn’t involve others calling on me, but rather me rallying others. This is a whole new territory for me.

Another obstacle to face and overcome. Don’t mistake me; cancer is nothing like being unsure you want to get married or have kids, the profound questions raised by its diagnosis bear no resemblance to contemplating how to spend your time when you decide to retire. Still, it’s taken my whole life to realize this: It’s the obstacles, the resistances to ‘what’s so’ – and how I choose to encounter them – that have shaped who I am. What else is there to live for?