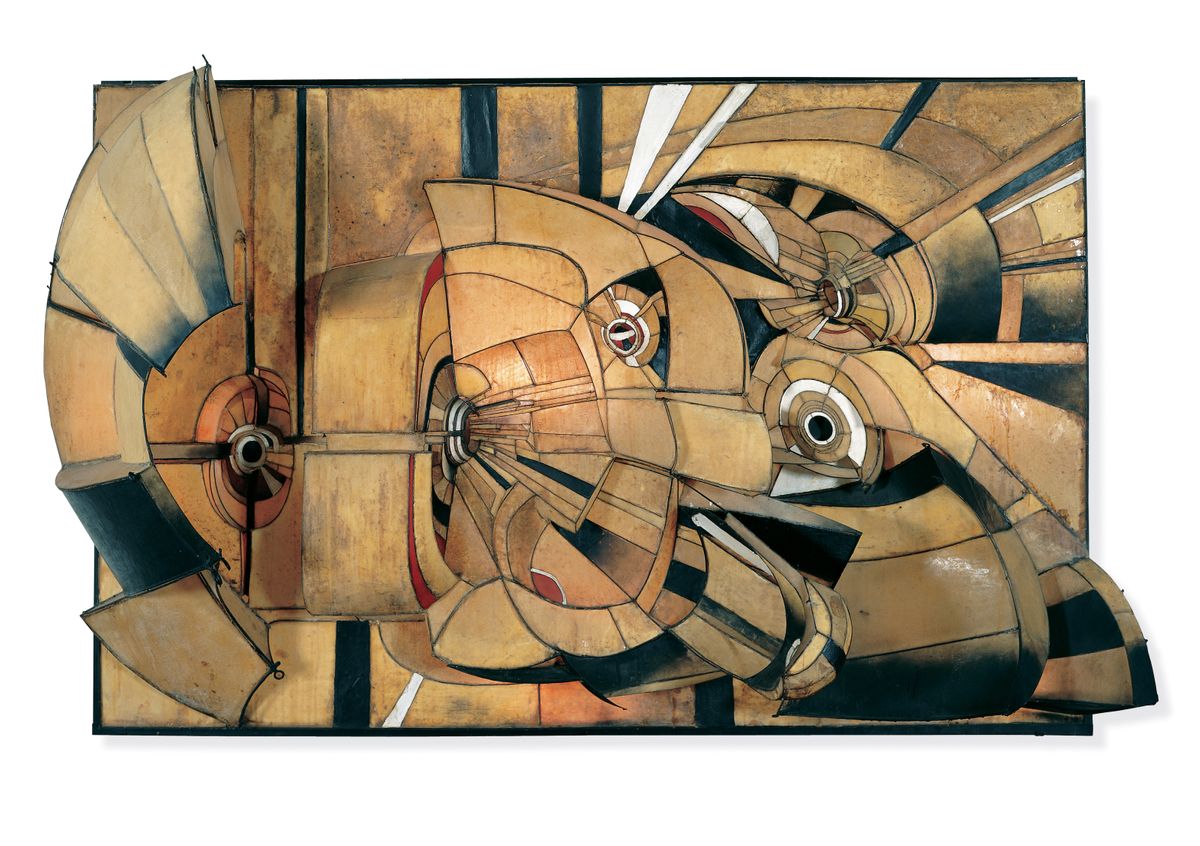 I thought I’d be an easy IVF patient: healthy, young (at least among this subset of women), with no apparent fertility problems. My husband Lars and I were undertaking in vitro fertilization to avoid conceiving a child with muscular dystrophy, a harrowing disease caused by a gene I carry.

When we first started treatment I felt like an A+ student. Every night I did my homework: I measured and mixed medications in syringes, swabbed my stomach with alcohol, overrode the brain alarm that says do not stab yourself, and injected hormones under my skin. Every other morning I went to the doctor to collect my gold star. They drew my blood and stuck a probe up my body to scan my ovaries, and the results kept coming back great! Unlike those women whose struggles I’d read on the infertility message boards, I was growing follicles at a steady clip and was on track for success.

I kept notes for the piece I’d write maybe six weeks later–after I’d done all the shots, gotten my eggs sucked out and embryos tested, and transferred a perfect one. I’d analyze my experiences from a triumphant perch on the other side, where I’d sit pleased and pregnant. The struggles were the training montage, worth it for the championship win at the end of the movie.

But for all the control it appears to afford, IVF is a crapshoot. Over the past four months we’ve been through two cycles of shots, ultrasounds, and blood draws; two retrievals and recoveries on the couch with coconut water and Netflix; two rounds of waiting for updates, getting our hopes up then hearing the numbers drop, drop, drop; two batteries of genetic tests; a lot more waiting, and a lot of disappointment.

Now that we’re starting yet another round and there’s something to do again–injections to give myself, ultrasounds and blood draws to wake up early for, all exercises in feeling competent, productive, and tough–I believe success is possible. When there’s action to take, something to work at, it’s logical to envision it paying off.

In these small windows of hope, I remember that it’s a privilege to have sound reproductive health, this genetic condition aside; a partner who talks me through injections, listens to my fears, yet resists my tendency to catastrophize; an outstanding doctor who emails me back within the day (often within the hour!) and calls me on his drive home to answer my many questions; health insurance and the funds to cover the not insignificant costs insurance doesn’t; and access to medical miracles that make any of this doable.

But for much of this experience I’ve watched weeks turn into months and imagined how those turn into years until you finally accept you’re doomed. I’ve stewed in frustration, rage, and self-loathing. I told my therapist she can no longer say, “When you’re pregnant,” because it still feels like an if, and to presume we will get there sharpens the devastation that threatens to slice me to ribbons if we can’t.

When we first had started trying to get pregnant, though I had no reason to assume anything was wrong, I had gone down the rabbit hole of researching every possible flaw with my body. I wasn’t yet the much feared age of 35, but I was close. What if the gate was already clattering shut, and I hadn’t managed to slip through in time?

A few months into this, a genetic screening turned up my bad DNA, and suddenly we had a real problem to consider, not just the crummy ovaries or out-of-whack uterus I’d imagined. A genetic counselor called to talk through the lab report with its crimson heading “high reproductive risk,” which blared what her professional tones might have muted. We had a 50 percent chance of passing down the gene; since it was “x-linked,” we had a 25 percent chance of conceiving a child who would endure pain and suffering and likely die young.

We now had to weigh probabilities and make decisions. From what I hear having a child is non-stop dice-rolling. Perhaps this was our first opportunity to get used to risk and uncertainty.

This also seemed like a terrible set of dice to have in hand.

At first we reasoned that 1 in 4 bad outcomes meant 3 in 4 good ones. We could get testing during pregnancy and decide from there. I had interned at Planned Parenthood. I had held bins for women to throw up in after their abortions and given them Motrin and tiny cups of juice. I was stoic. I could handle this.

Once pregnant we wouldn’t know the genetic status of the fetus until the end of the first trimester. My doctor’s calm affect as she described termination at 14 weeks (“they insert very thin sticks of what’s actually a kind of seaweed into the cervix”) contrasted with the agony I started to imagine I’d feel.

We also considered an asterisk to the 3-in-4 odds in our favor: approximately twenty percent of female carriers exhibited some symptoms, the most dangerous of which were heart problems.

How much risk could we tolerate? What first had seemed like a reasonable plan started to feel insane.

But the other option was IVF with genetic testing before pregnancy. Expensive injections, invasive surgery, failed cycles, triplets? No, thank you.

We decided to forge ahead as though we had never done the screening in the first place, and we kept trying the old-fashioned way. Then, every month that came and went, every time I turned up not pregnant and the timeline shifted, it got harder. I’d thought I could clench my teeth for three months once pregnant and awaiting genetic tests, but as the clock kept not starting, it got more terrifying to take that gamble. We knew the probabilities we were playing with, and we couldn’t un-know them; we could only make decisions with them in mind.

I started to talk to more people who had worked with fertility specialists about what this other path would entail. I accused my therapist of trying to convince me to do IVF. She admitted she thought it was a better option.

I told Lars I might want to get science to help us after all. He supported me either way. I booked an appointment with a reproductive endocrinologist who specializes in genetic testing and who, amazingly, takes my insurance.

After an hour-long conversation with the doctor, for what felt like the first time in nearly four months, I exhaled. The lab could diagnose our embryos for the genetic deletion that causes muscular dystrophy with 98 percent accuracy. Insurance would cover the procedures for one round, possibly more. We signed the papers. We had a plan.

That was seven long months ago. Sometimes the steps of IVF feel so quotidian that I forget that the typical path to pregnancy isn’t giving yourself dozens of injections, watching the Rorschach blots of your ovaries on a screen, getting your eggs retrieved in an operating room and fertilized in a lab, and then eventually getting that propelled through a catheter back into your body. (Sex. It’s typically just sex that gets you pregnant.)

Other times I’m brutally aware how different it is for most people and nurse an ugly envy that I know isn’t helpful or fair. Social media and its endless glimpses into lives of acquaintances make me assume my life is obviously the hardest. I imagine, without evidence, that it was as easy for that girl from my college art history section to have a healthy pregnancy as it was for her birthing tub pictures to float onto my phone. When all you see are curated images and announcements from others, their narratives tidy up and, by contrast, yours seems tortuously messy.

I thought I’d be on the other side of it by now, but the ground shifts beneath me often, and it’s hard to tell how far away that side is. Round one of IVF brought a slow drip of updates, each one worse than the previous, and ultimately produced zero embryos free of the genetic deletion. Round two produced three, an incredible triumph and a much needed shot of hope. But somehow the lab was unable to complete a different test, one that examines the overall chromosomal normality, so we have less knowledge about how likely those embryos are to stick and grow. The gulf between a potential life and a life has never felt wider to me.

I’ve spent a lot of time researching every test result, analyzing every step, comparing my stats to those of women on the Internet, seeking proof that we will succeed. But right now success is the ability to accept results, even results that leave me weeping in the grocery store, as one turn in the story, not its conclusion—even if that metaphor reeks of cliche. Success is when I close Google and when Lars and I delight in our dog, in each other, and in our time together—the one thing we can control right now.

A few months ago I turned the dreaded 35, a milestone that terrified me. Lars kept encouraging me to do something to celebrate and helped me brainstorm. I decided to throw a belated birthday and even more belated housewarming party for the apartment we’d moved to almost a year ago, in anticipation of needing more rooms. I drafted a cheery invite and cried after I clicked send.

Friends from different corners of our lives showed up, bearing bottles of wine I’m trying not to drink as I aim for optimal egg quality. That afternoon I learned about someone else’s pregnancy, and I awaited the cascade of broken glass down my insides, but they stayed intact. Other people’s happy news was not my defeat, even as I still longed to have the same happy news of our own. Over in the next room our friends’ babies toddled around with our dog, and their squeals filled, rather than cracked, my heart. That day I felt fortunate for the tribe any future child of ours might have, but more immediately, at least for that moment, I just felt fortunate.