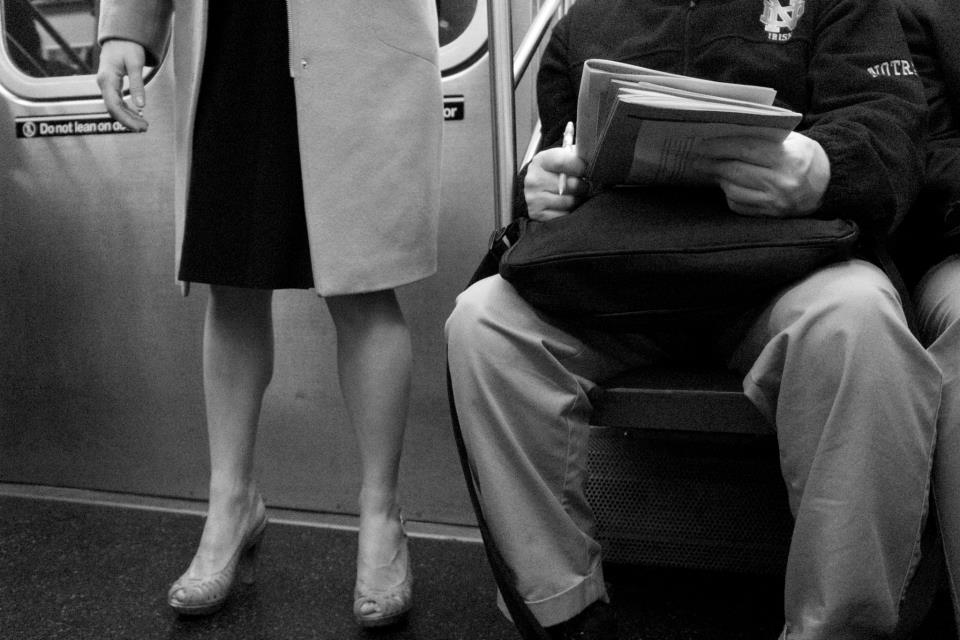 For me, it looks like a 30 minute commute by train and by foot in a major U.S. city followed by eight or more hours at a desk. I often assume that this is how others experience being at work (and it is pretty standard among my friends), but in fact work takes many, many different forms – from a goatherd, to an farmer and craftsman, to a subway performer, to an international rock star and more. Today’s post is a photo essay by my dad, Eddie, about what work looks like across cultures and countries.

Scrolling through these pictures reminds me of how fluid the concept of work really is. Imagine if your morning led to the scenes and experiences depicted here. What would that mean for you and for your family? What would it smell like and sound like? Would you be physically comfortable? What would the act of work mean, and how would your body feel at the end of the day? What, fundamentally, does it mean to work?

I asked my dad, who is a cinematographer and does photography in his free time, a few questions about his work. 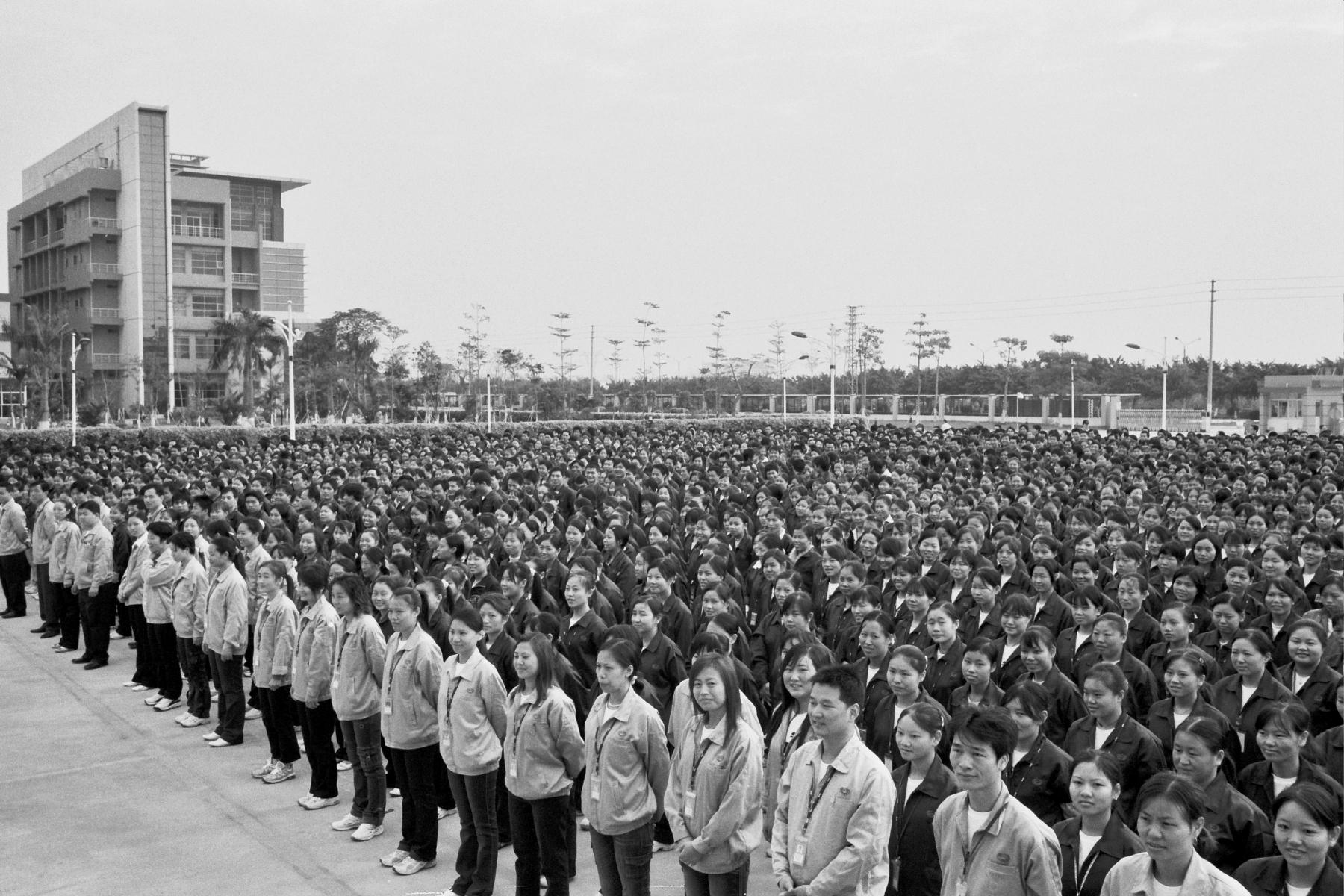 Workers assemble at a sneaker factory before their next shift (Dongguan, China) 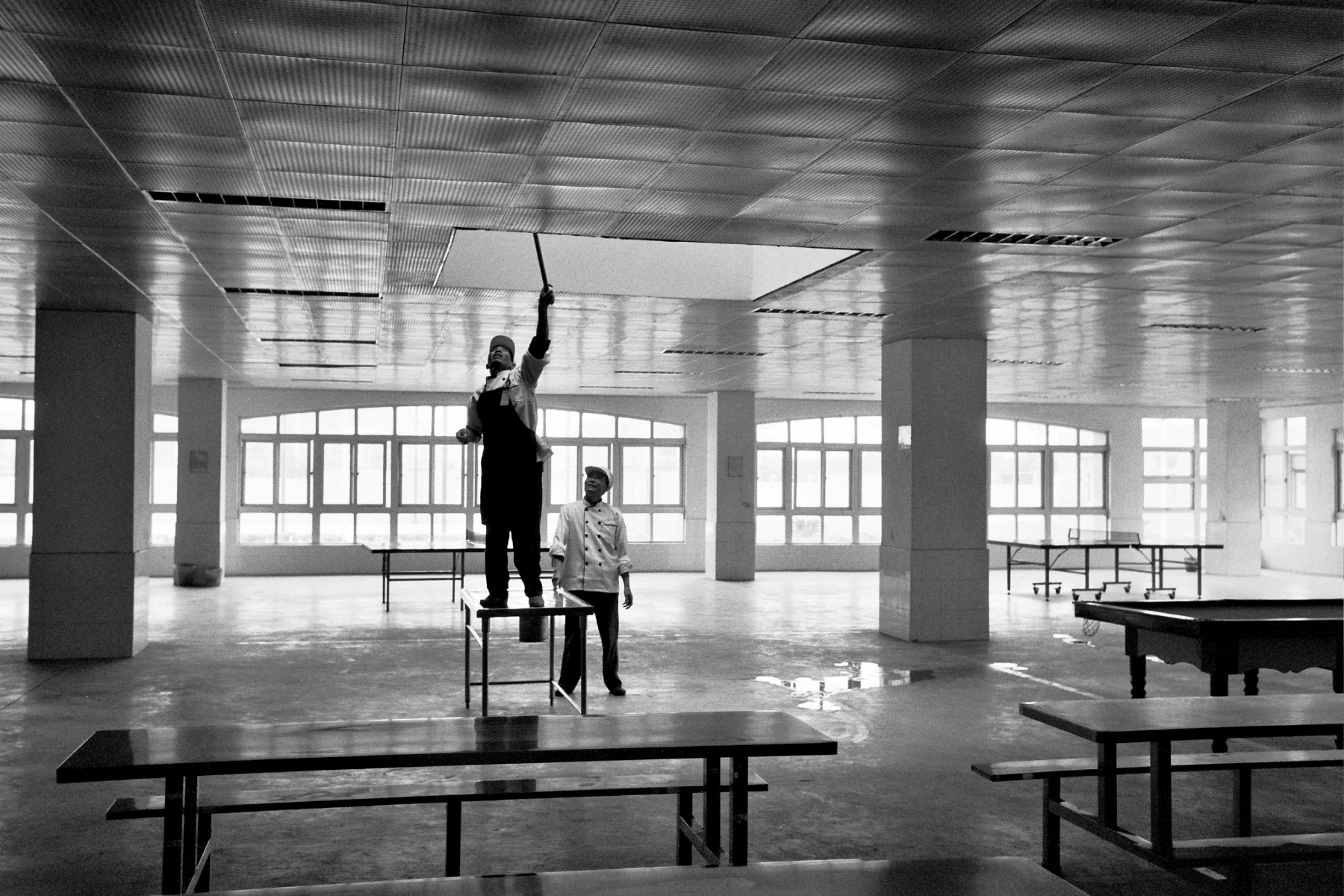 Why you are drawn to photograph people at work?

When people are at work, generally, they’re going about their business. That is, they’re not particularly self-conscious. As an observer, I count on my ability to be present without being particularly felt as an intrusive presence. This is as if to say, “You go ahead and work. I’ll do my work, too.” When people – be they musicians, surgeons, drivers, or factory workers – go about their work, I can go about mine and harvest authentic imagery. Unless the situation is urgent, I like to work from a distance at first, so my subjects can become comfortable, and I can also get a better sense of their environment by shooting with a wide-angle lens. 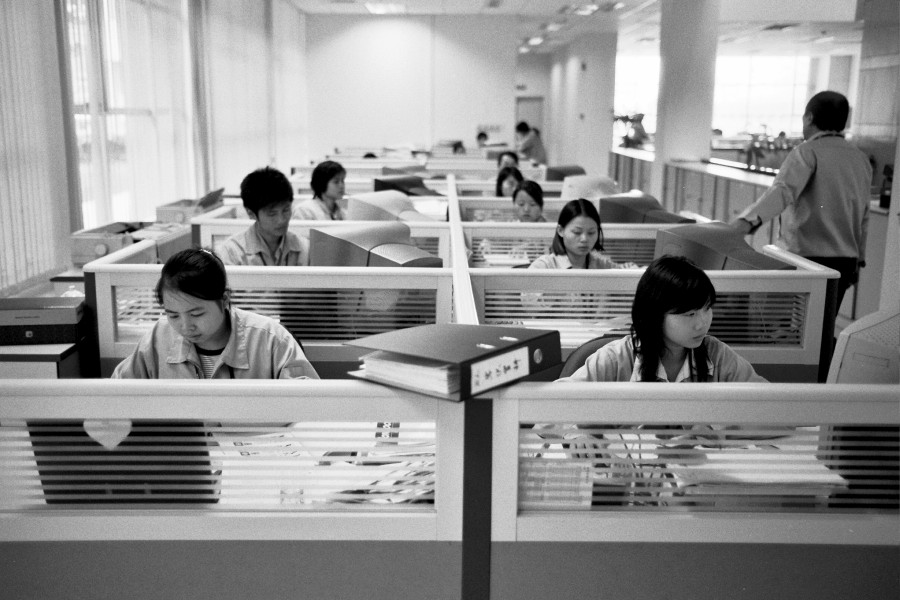 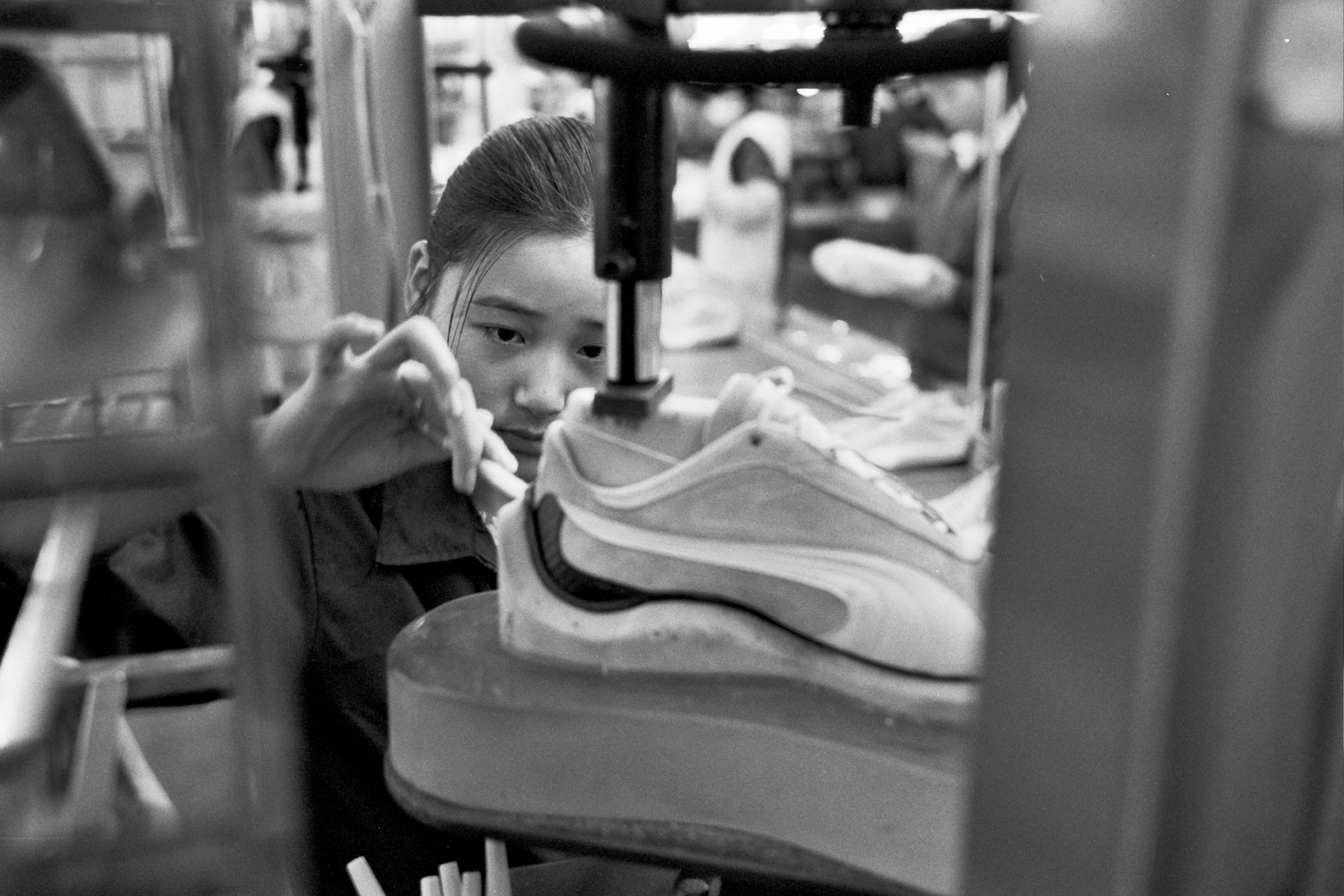 A young woman gluing on the assembly line at a sneaker factory (Dongguan, China) 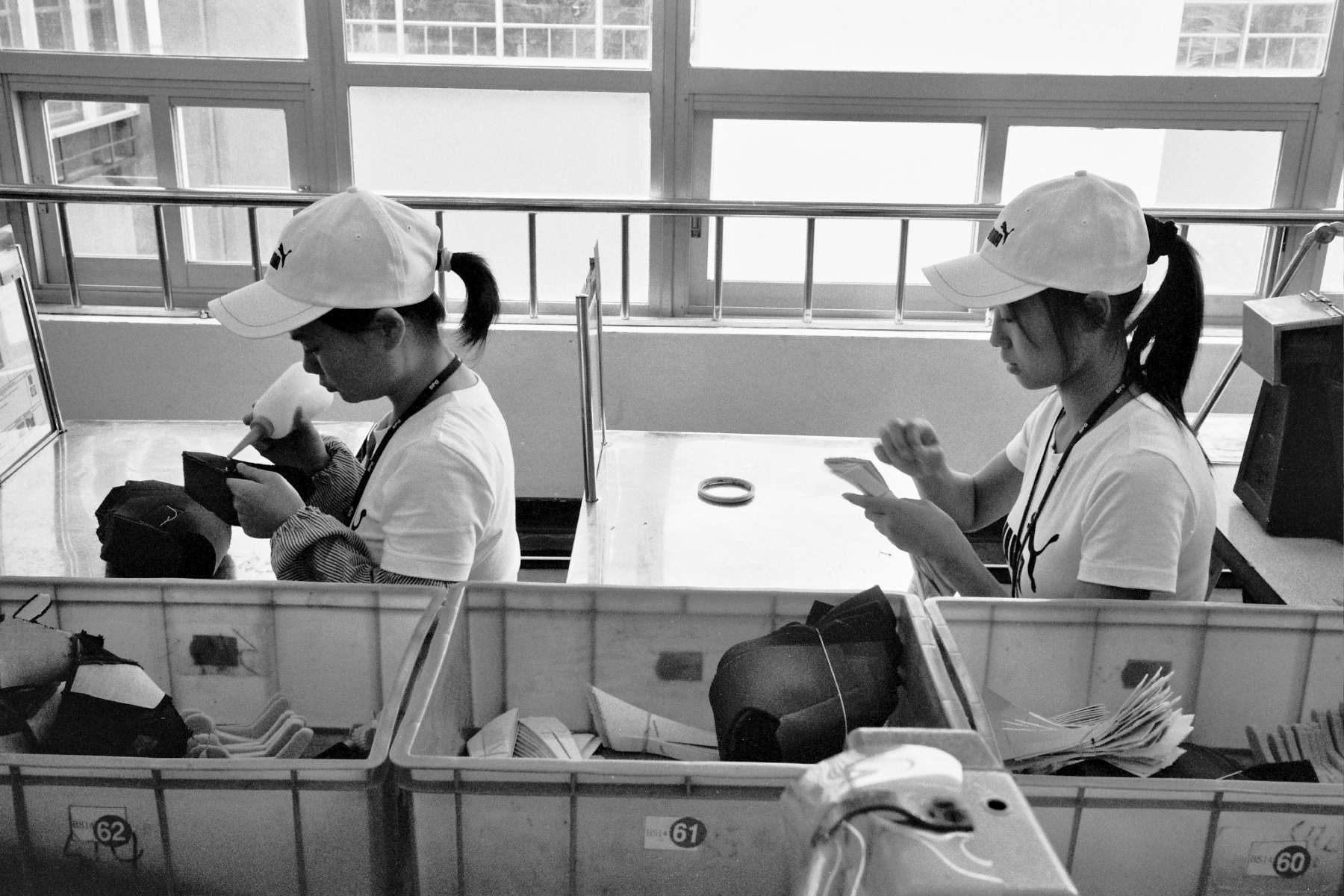 Not all work is done by machine at the sneaker factory. Though workers sit close together, it’s rare that any conversation occurs. (Dongguan, China) 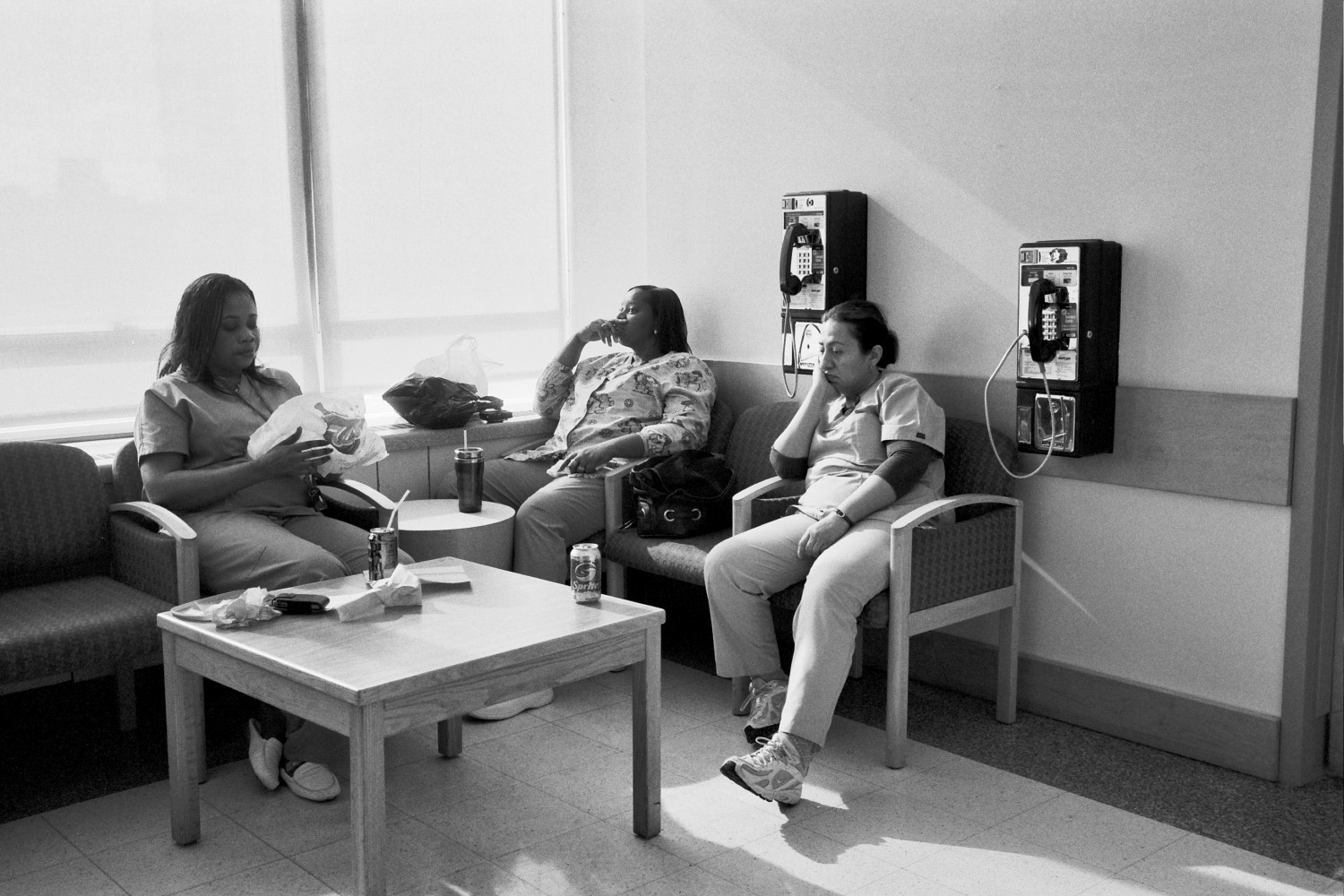 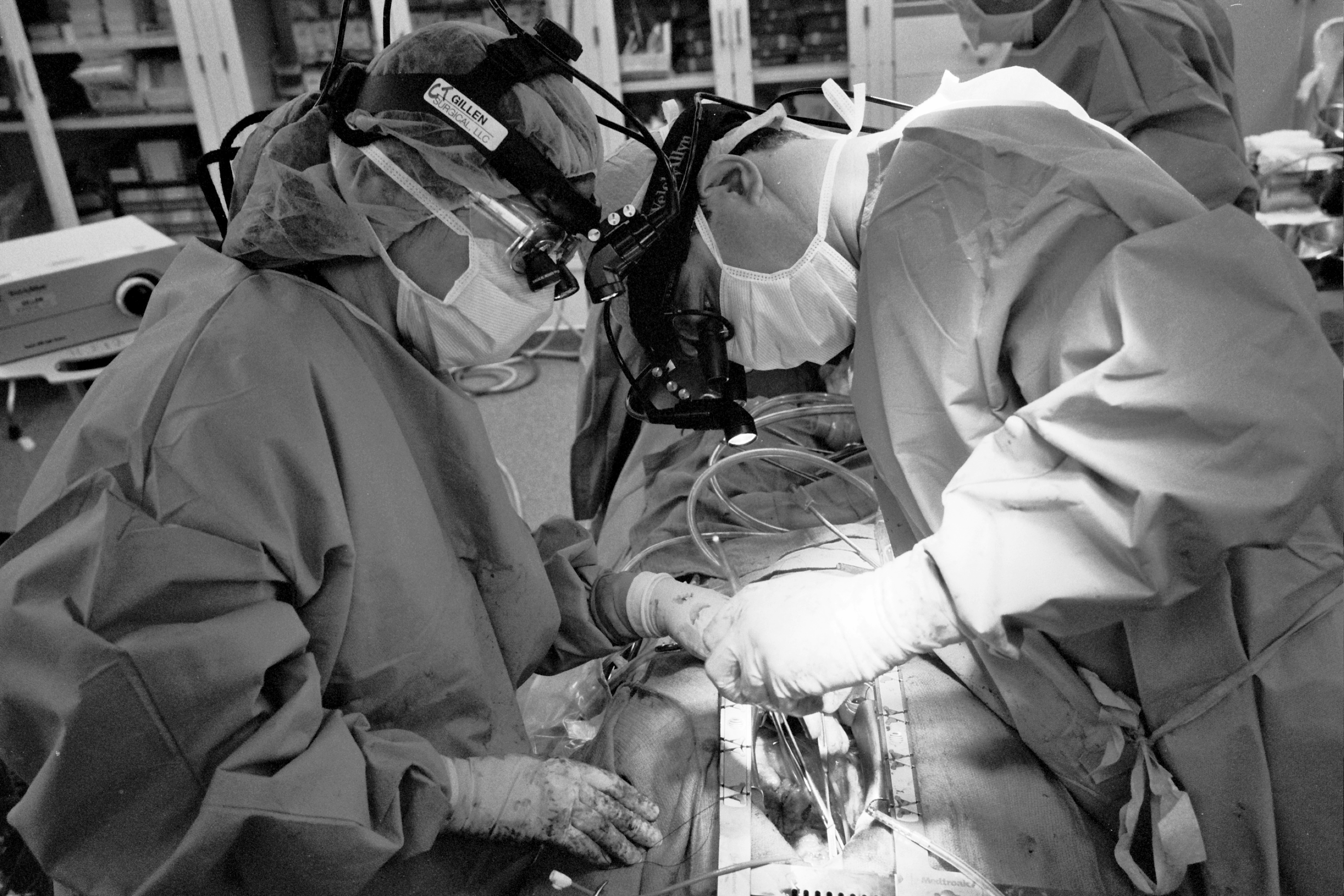 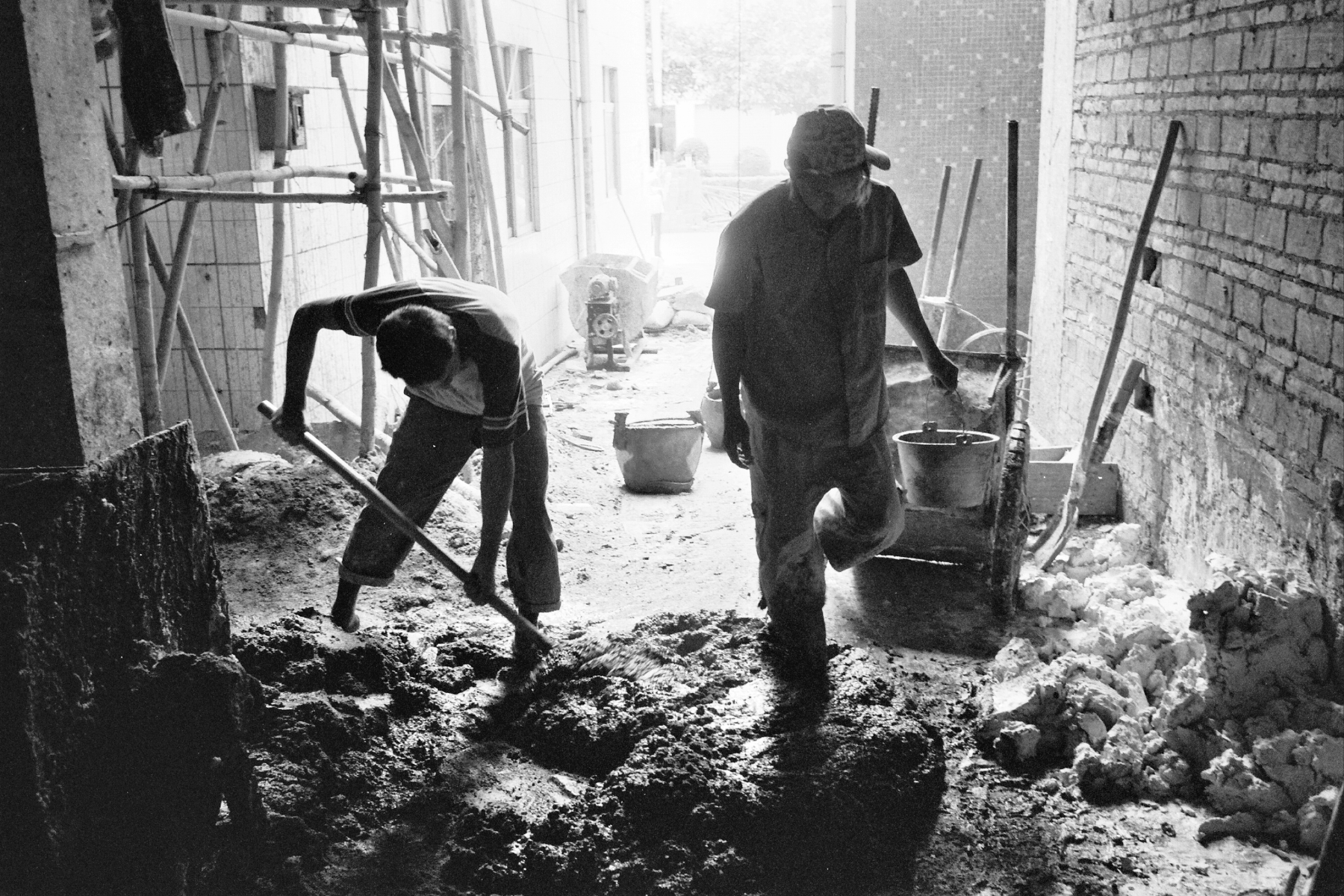 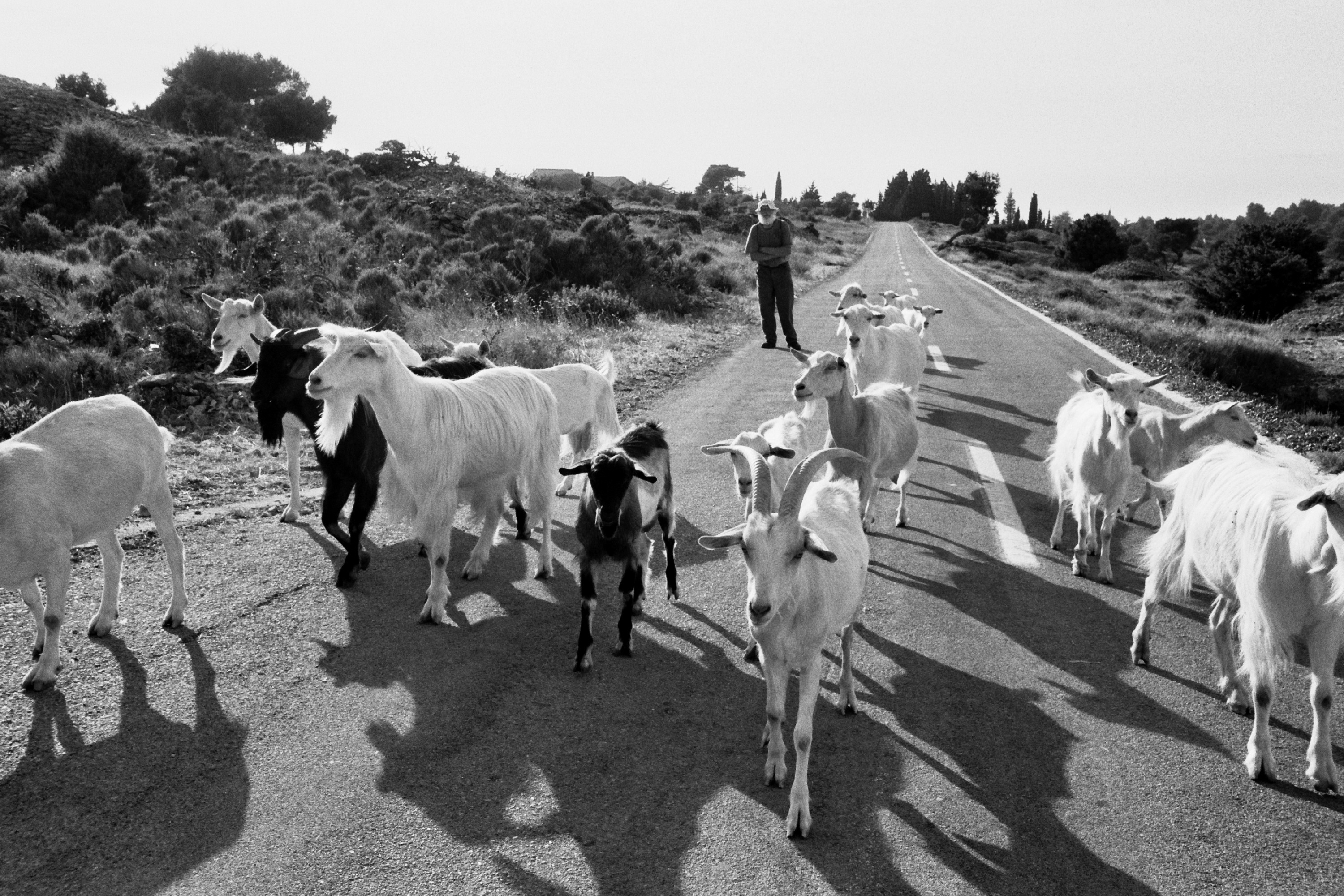 Does seeing so many different workplaces affect what work means to you?

Seeing people at work has always interested me. I suppose I’ve developed a more nuanced approach to what work is. In my own work, it’s important for me to come with a point of view; literally a sense of where to stand.

For lots of workers, where work occurs is a very defined space; for example a desk or work station on an assembly line. Anesthesiologists, I’ve learned, work at the head of the operating table. When people do repetitive work on assembly lines, I wonder how they make it through the day because the repetition seems soul crushing. They appear to be functioning as 1- task machines. Work has quietly and insistently come to define who we are. It’s often the first question asked in social situations. It’s an easy way to classify and connect with people. Still, I’m pretty sure, as humans, we’re more than the work we do. 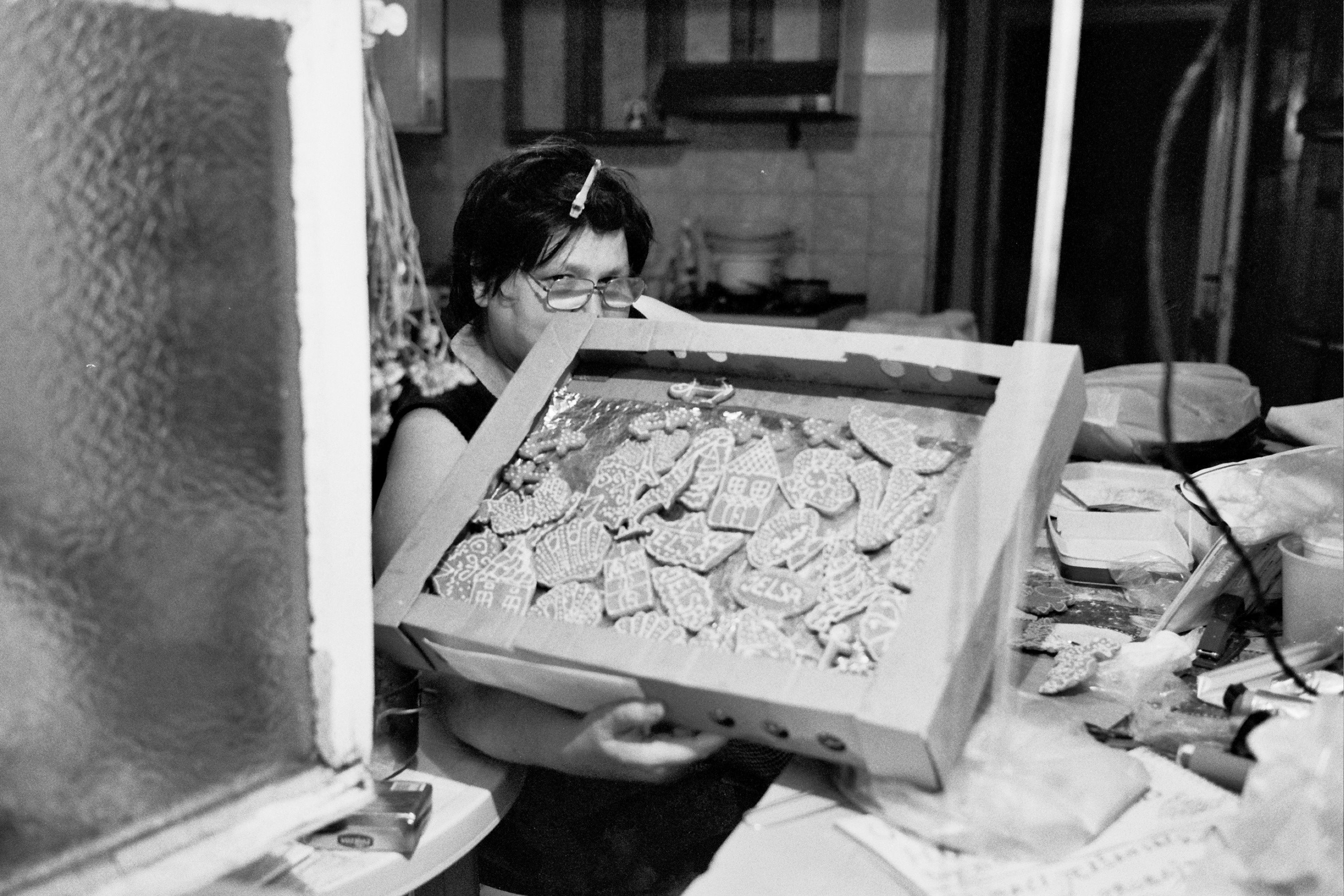 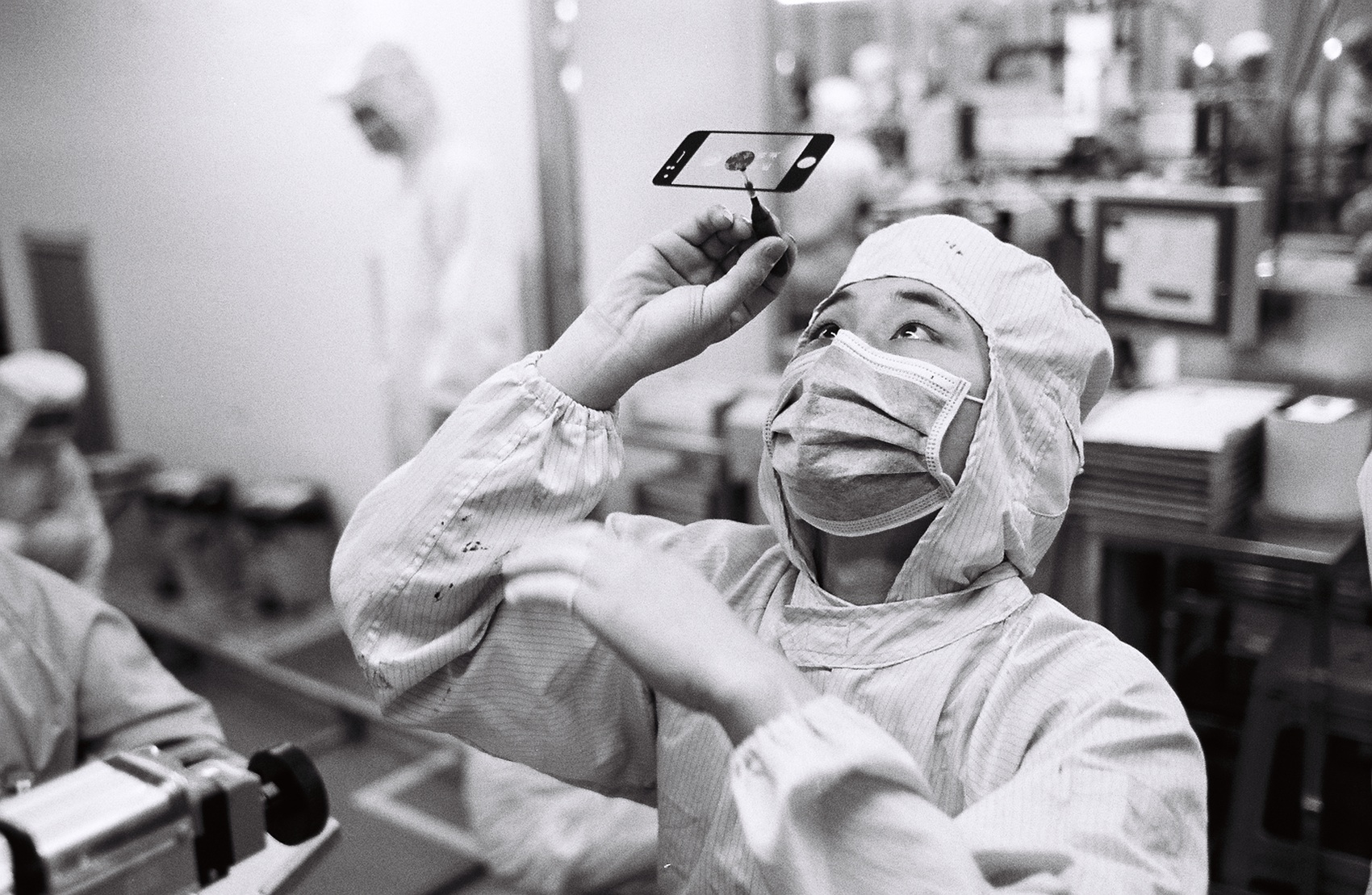 An iPhone and iPad inspector. Much of the quality control work is done by people, not just machines. (Shenzen, China). 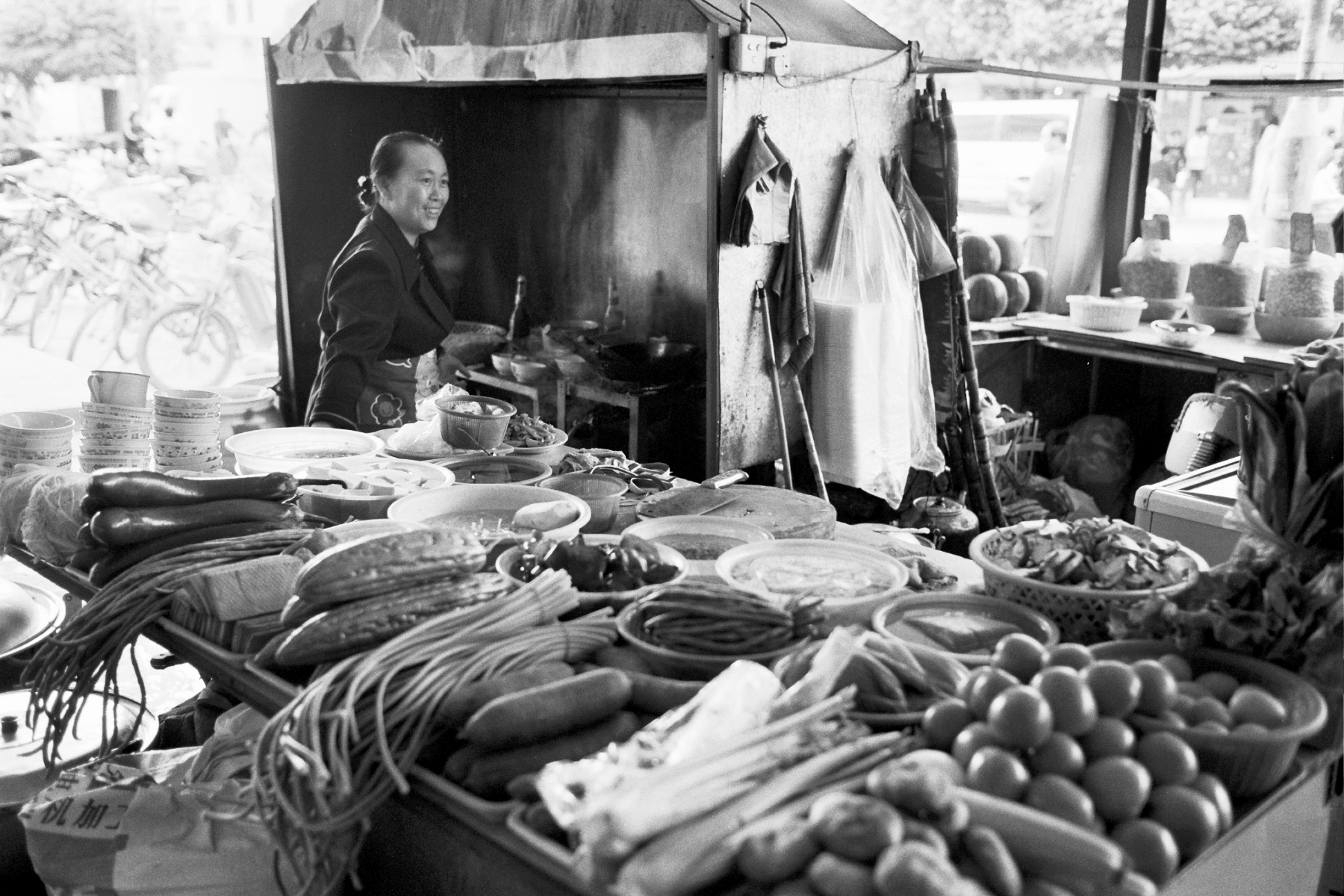 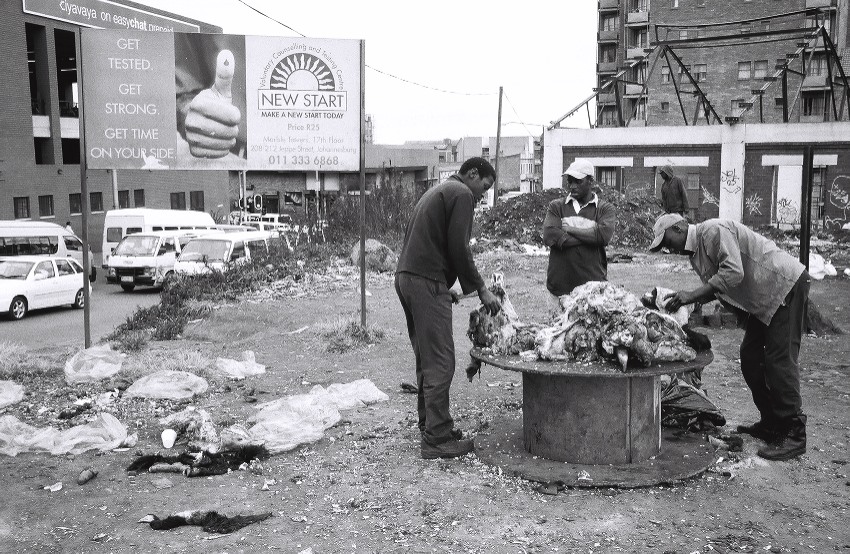 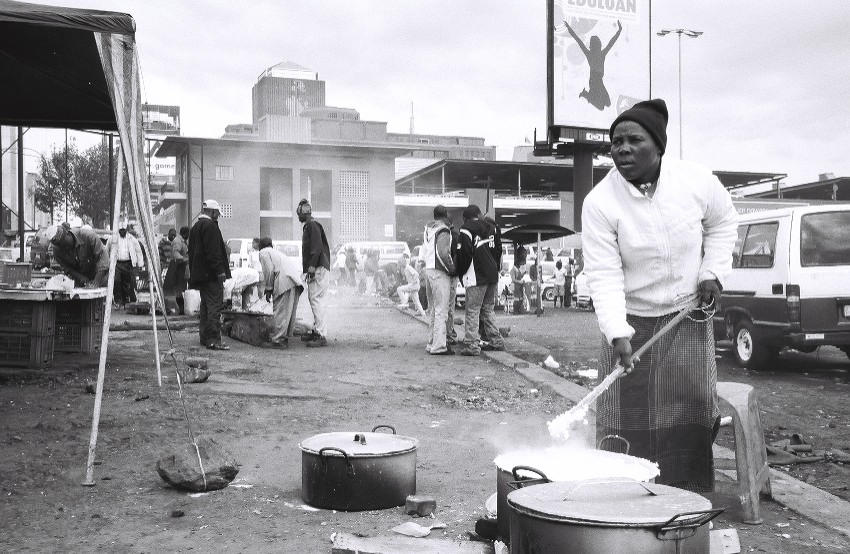 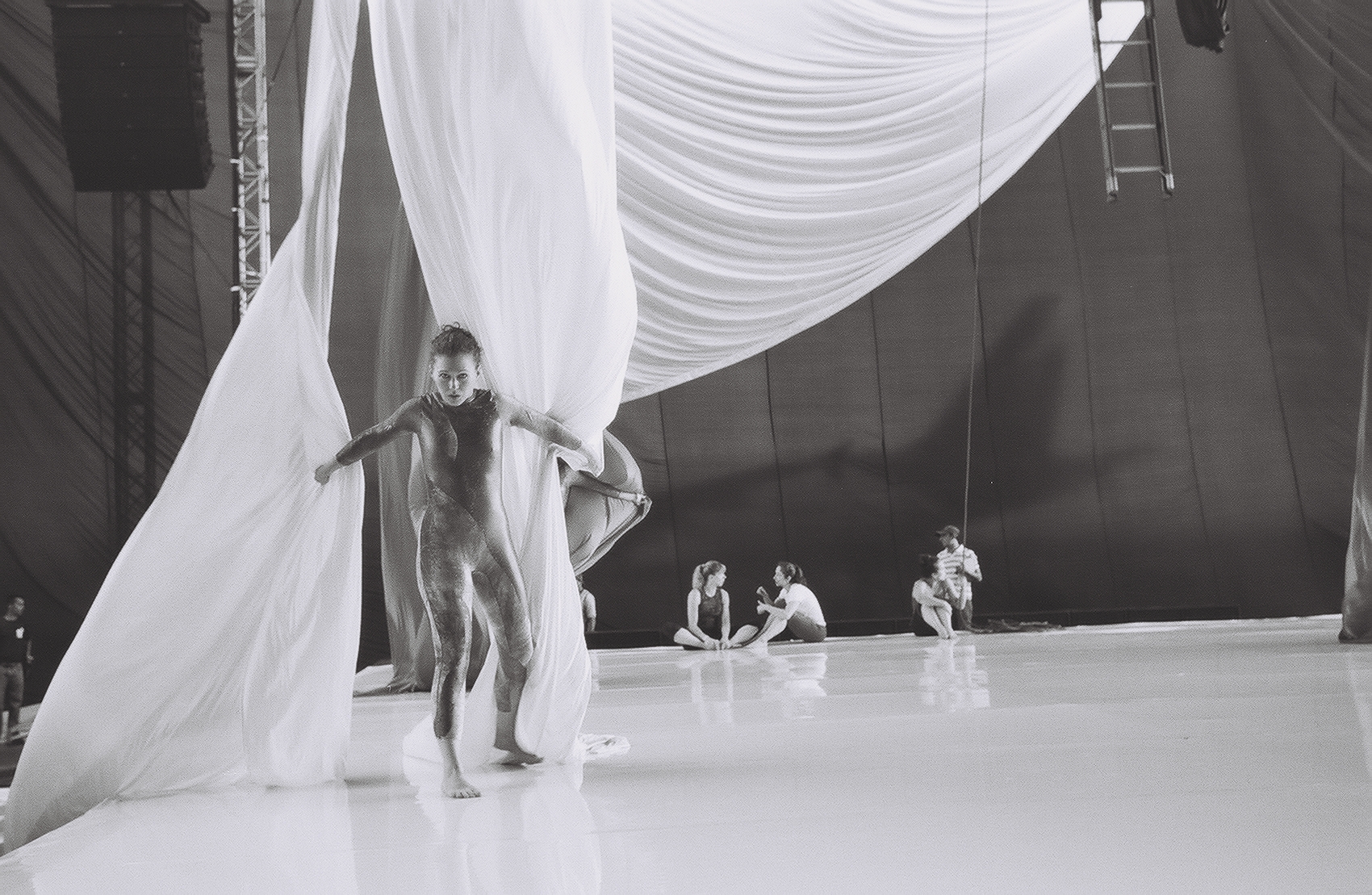 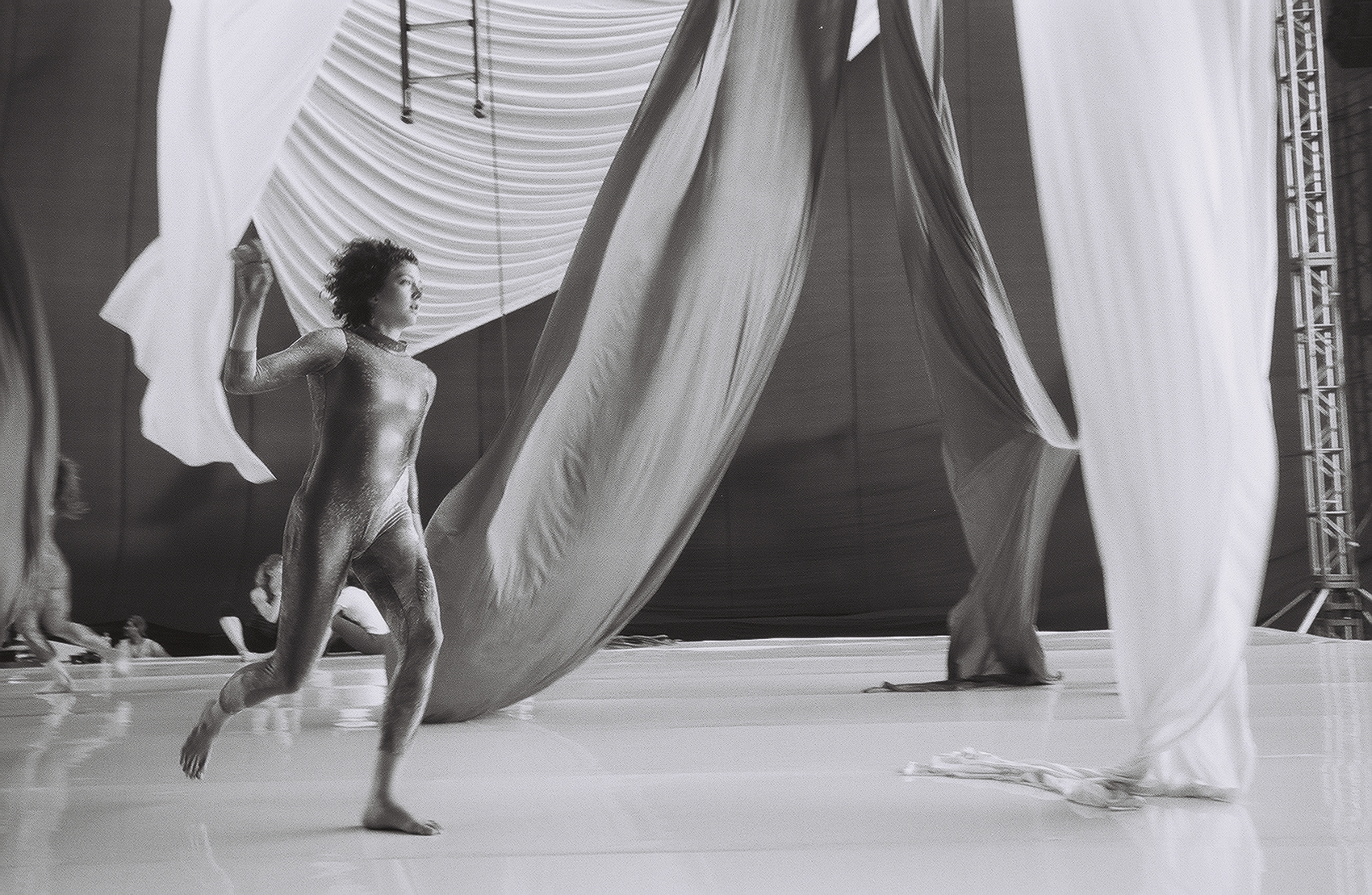 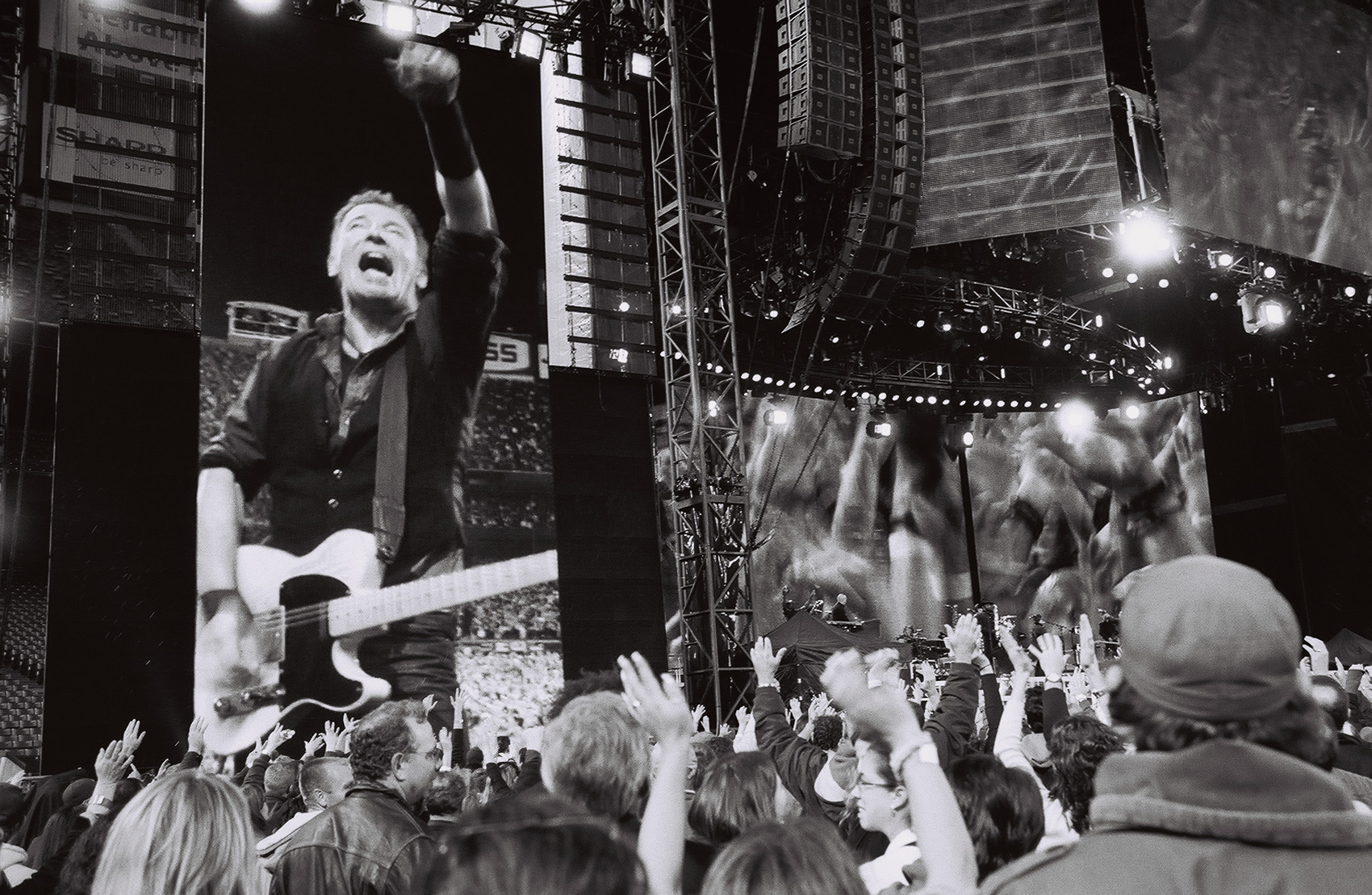 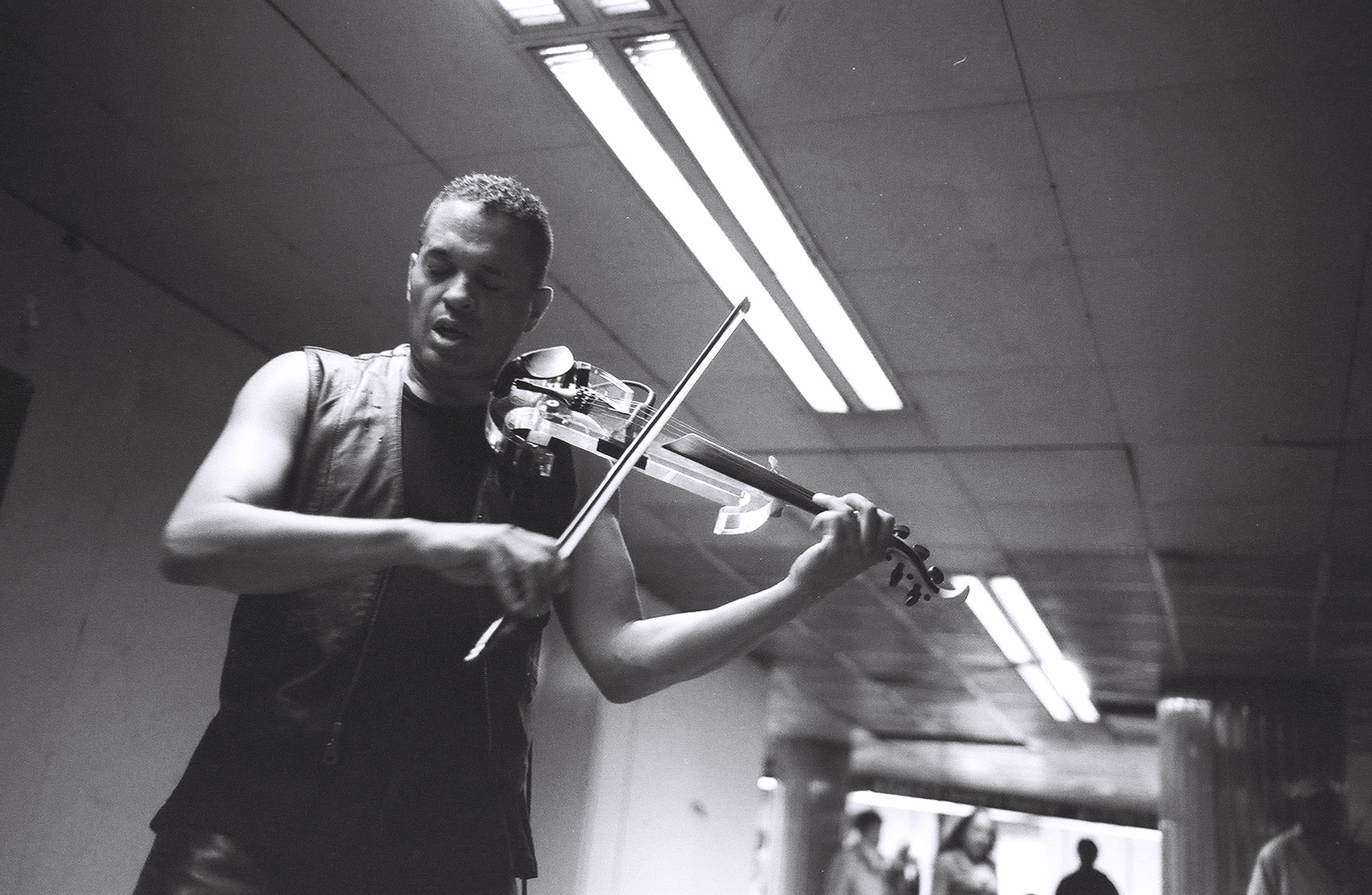 What is your attitude toward your own work as a cinematographer?

When I was younger, I counted on others to be the all-knowing providers of fertile opportunity. I didn’t realize that many producer/directors had only a slightly better idea than I did of what they wanted from a given situation. There’s always this moment when people’s dreams of what could, what’s imagined, what’s wished for, meets the reality of ‘what is.’ I like to give myself time (this might be 30 seconds or 5 minutes) and space (again, where to stand, where to set up) to assess the possibilities. When false urgency is reduced or eliminated, then better, more realistic and imaginative choices can be made. 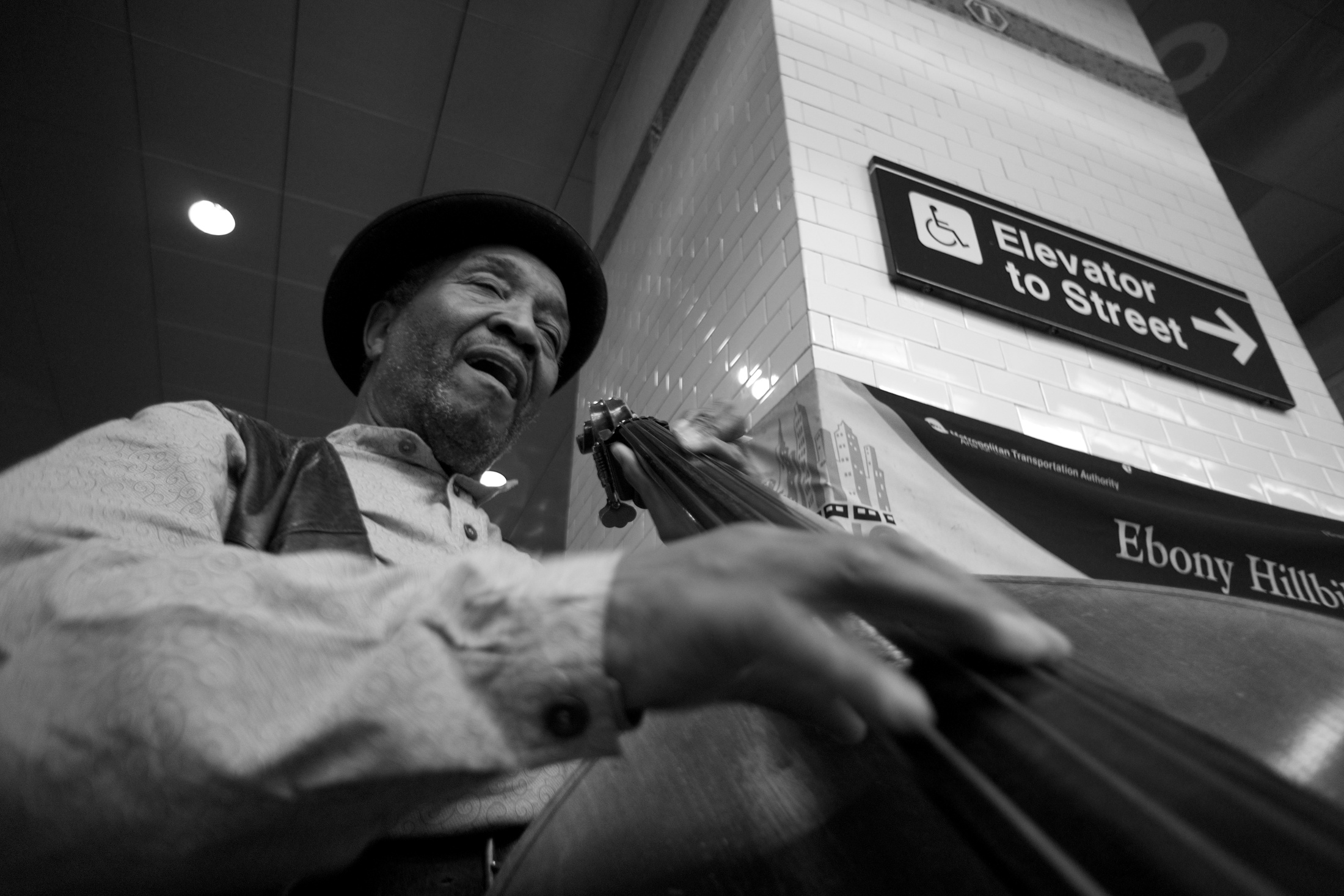 This bassist was part of a three-man band playing on a subway platform (New York, NY) 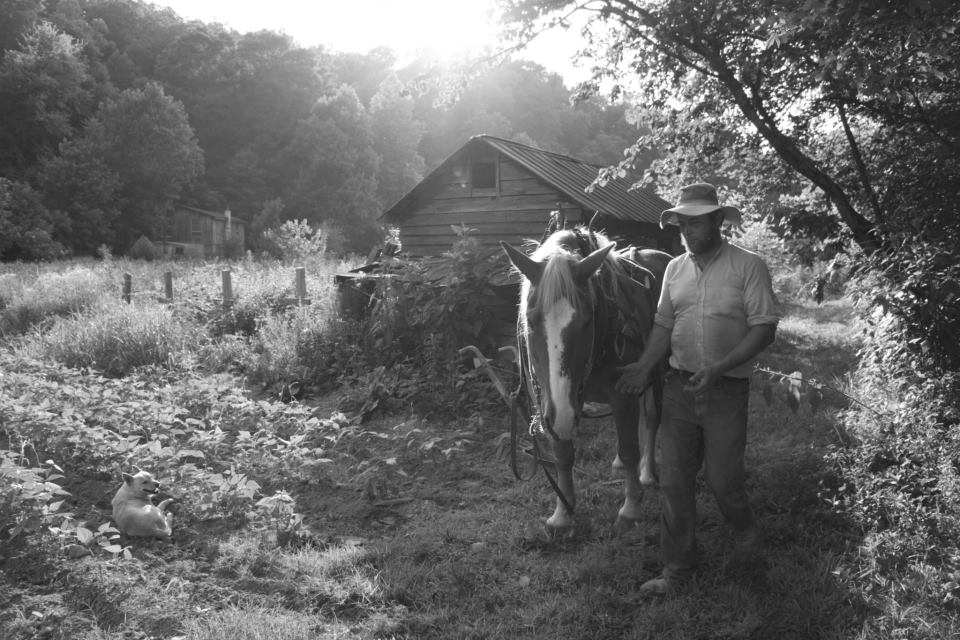 Paul Edwards, a farmer, and his Belgian plowhorse (Lindon, TN) 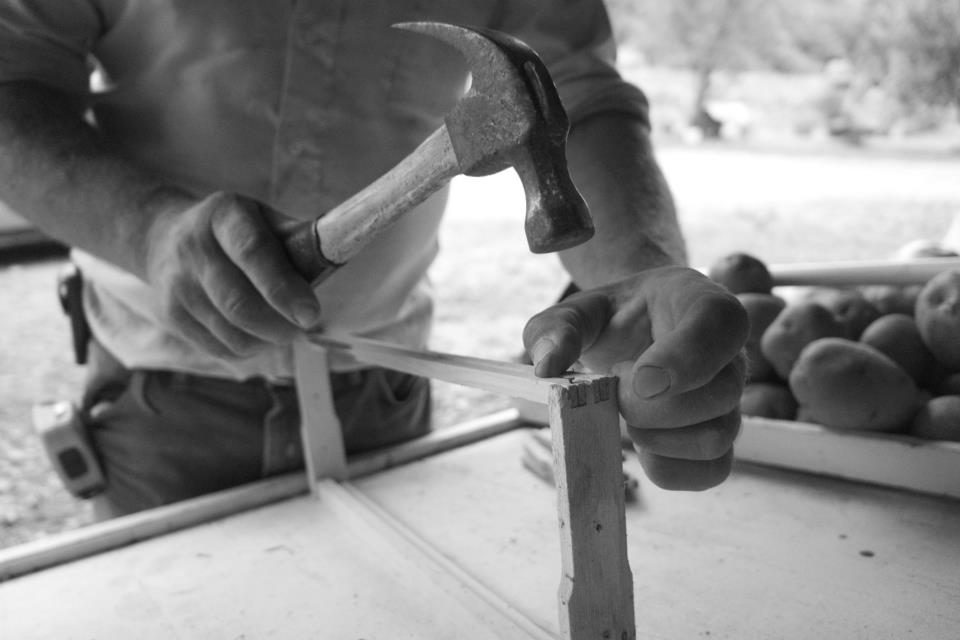