I grew up in New York City. Even though I haven’t lived there in over ten years, I still have a lot of New York pride. Growing up in New York endowed me with some special skills, like knowing where to stand on a train platform for the optimal exit and recognizing a real bagel. 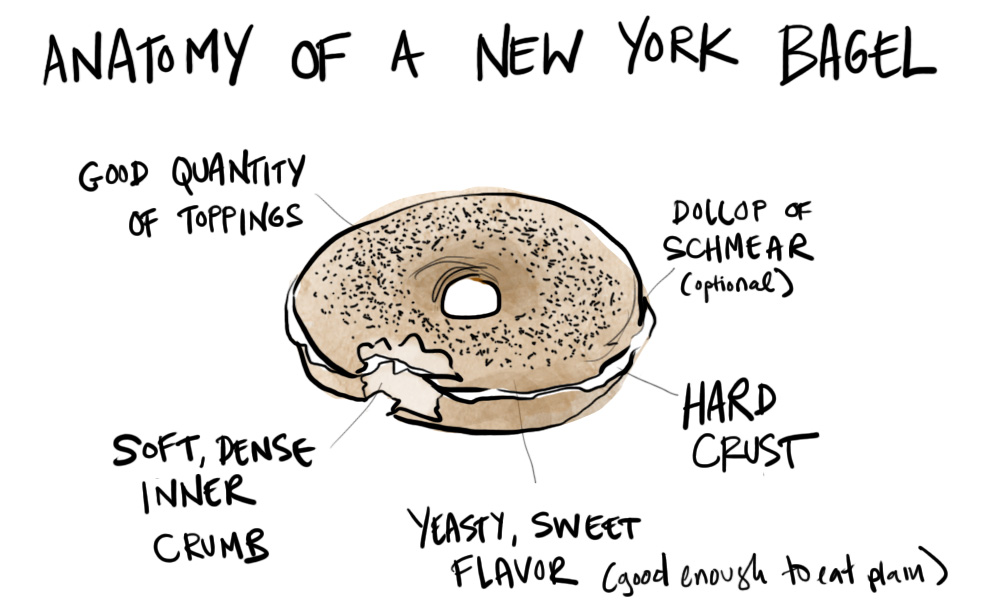 As a shy child, it also allowed me to not just avoid strangers, but take pride in it. I learned to walk quickly and with purpose. I was suspicious of anyone who wanted to talk to me. It made me feel street smart (or as street smart as an eleven year old on the Upper West Side can really be).

When I moved to San Francisco after college, I immediately had the sensation of being somewhere really, really different.  It was the palm trees and the architecture, and the people. Something weird happened on my third day there. I was walking around downtown San Francisco and without thinking, I crossed against the light. 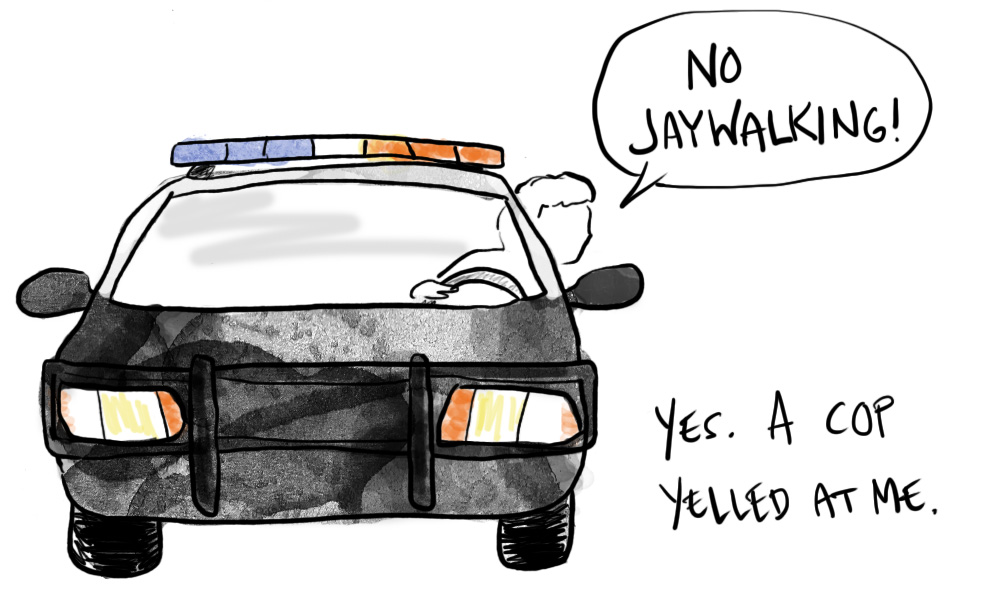 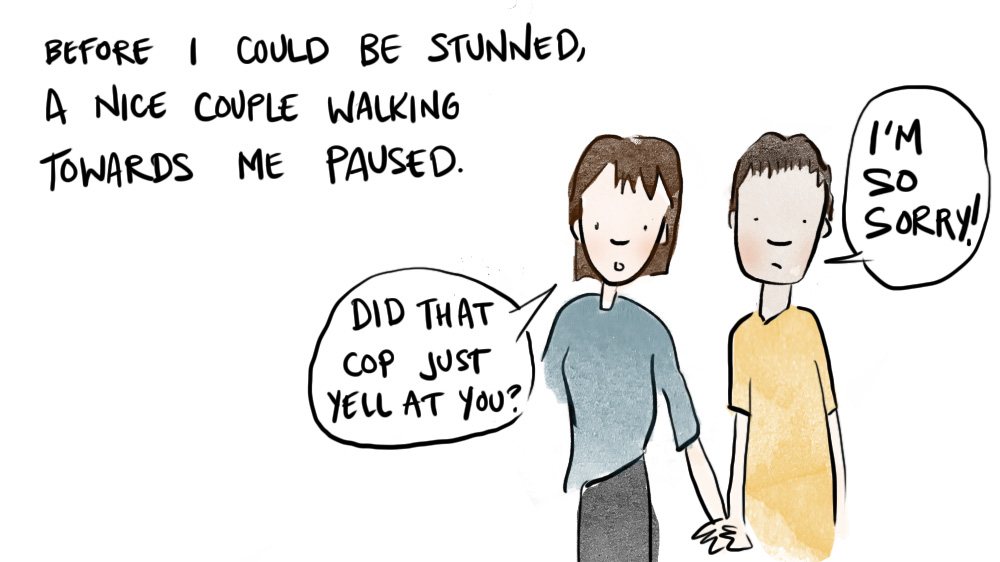 I was doubly shocked. Jaywalking was frowned upon and the people stopped on the street just to be nice. Right, I wasn’t in New York anymore. Whether it was the New Yorker in me, or my pervasive shyness, I could barely comprehend the idea of strangers going out of their way to talk to me and provide sympathy.

This wasn’t a unique incident; San Francisco can be full of friendly charm. People want to talk and engage. It took a few years, but I got used to chatting with strangers. I love that the barista at my local cafe recognizes me. Even though our chit chat is quite shallow (“How are you?” “Great!”), I’ve come to enjoy it.

My mom, still a New Yorker, has not adapted, even after years of visits. Ordering at a cafe is especially difficult for her. 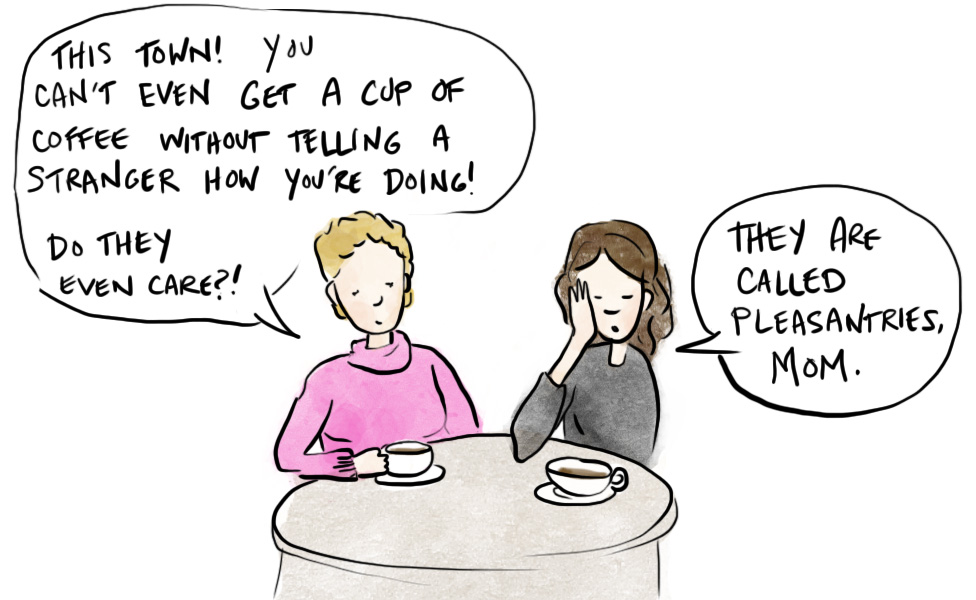 I now find pleasantries really pleasant! It feels good to connect with strangers, to see them too as individuals worth some of our attention, even if that simply means fairly meaningless small talk or grumbles about the train delay.

Obviously my harsh New York qualities are softening.  Whether this was a California sentiment or maturing out of my shyness, I could really tell that California was seeping in when I told my friend in New York about my allergies. 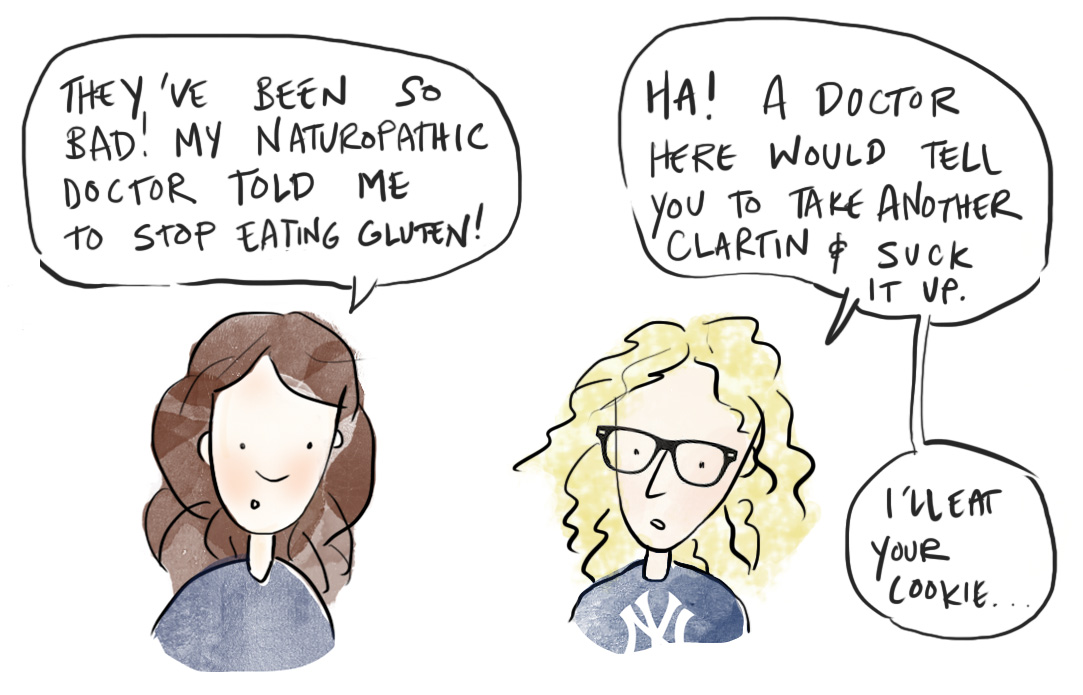 It’s not just just my willingness to see alternative doctors and chit chat with baristas that signify my internal change. It’s a shift in my thinking. By virtue of the sheer number of people that New Yorkers contend with daily on the street, in stores, at work, in the subway, they need to learn coping mechanisms for moving through the world. They cram into crowded subway cars, aim to make every process more efficient, and rush from thing to thing.

I’ll admit it. My gut reaction is still to be suspicious of anyone who wants to talk to me, but now I feel bad about it and try to recover. I admire people that meet strangers, like one of my coworkers who met a business contact on a bus after asking about her monthly pass. I’ve grown to honestly enjoy moments of connection with people that I’ll never see again. 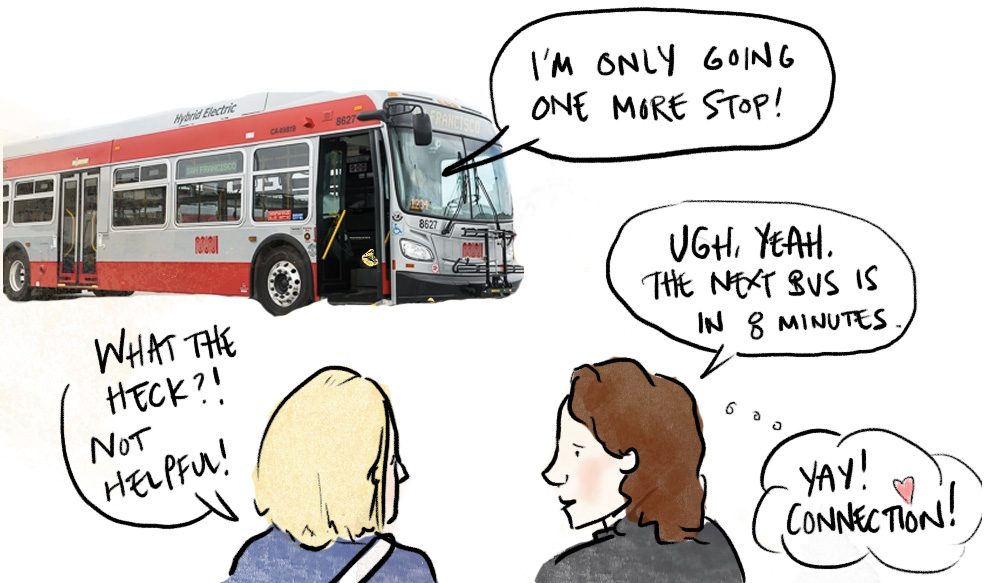 Whether that’s shedding my New York skin, or just maturing and seeing the world as a sum of interconnected people that dwell there, I see that it’s nicer to move through the world seeing the people around you and trying to connect with them, even a little bit.  It’s more pleasant to value where you are and what you’re doing, rather than just rushing to the next thing.

After more than ten years, San Francisco does feel like home… even if I do have to check for cops before jaywalking.