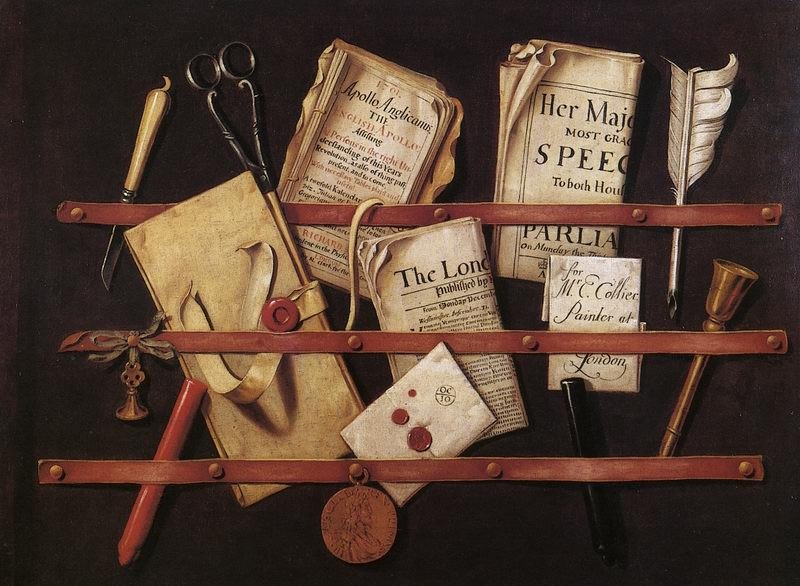 In the nearly three years that Small Answers has been running, we’ve had almost 40 guest authors who have shared stories about everything from how they avoid marital disappointment, to finding love in Craiglist’s “Missed Connections,” to dealing with not being a prodigy. We wanted to check in with them to find out how they’re doing: are they still struggling with the things they wrote about? How have their lives or careers changed since then? WILL THEY BE OK (of course they will!)? Read on, if you’re curious…

Katie, a new mom who was worried that her baby stole her confidence:

Since I wrote about how my baby stole my confidence, almost a year ago, my baby turned into a two-year old and I turned into a far more capable parent than I thought possible, mainly because I HAD to.

Patience is not optional with toddlers, I have learned, and figuring out how to have it has been more instinctive than I ever could’ve imagined. This weird calm has come from the endless wave-riding of my two-year old son’s whims and emotions. I think at the heart of my wavering confidence was a sensitivity to the world that I’ve had since I was a kid, that lots of people have. Turns out, it is super for parenting! I find that I empathize deeply with my son’s two-year old moments of frustration and anger and despair and – I think – he appreciates it. I feel, for the first time in my life, that I know what to say, that I say the right things. Or, maybe it’s the Lexapro? Or maybe I’m just too busy to remember what the word confidence means?

Also, two weeks ago, I finally booked a mom commercial, by which I mean: I played a mom in a commercial. I’d written off my future in TV advertising for reasons I wrote about on small answers (and on my blog) and then the randomness of the universe prevailed and I spent 15 hours shooting a spot for IKEA. It was a hard shoot, hard to miss my son’s bedtime two nights in a row, hard to miss the classes I teach, but not hard to think about paying way less for health insurance. That funny weird lucky thing aside, I’m in the thick of revising a novel with my agent and that work is the work that keeps me up at night, in the good ways, the sticky jungle mind ways. I still feel more like a writer than an actor and, some weeks, for better and for worse, more like a mom than anything else.

Meredith, who struggled to embrace her inner honey badger.

I feel more heard and more seen than I ever have when it comes to the ways in which my gender has been entangled in, entwined with, and delightfully defining of my professional life. Data nerds are now talking about unconscious bias in the workplace; family leave, sexual assault, and equal pay is a thing we are actually talking about in the public sphere; and Hillary has inspired countless conversations about the challenges, benefits, opinions of and compromises by women in power. Life is good.

However, amidst all of this power and authenticity, I still have this strong aversion to working in an office. My institutional scars have not yet healed. Something weird happens in gendered work contexts, where – despite our good intentions – we get sloppy. Because this stuff is hard and bias is baked in deep.

As such, I will keep researching, writing, and mostly flying solo when it comes to my professional life. I have always had affection for the “sister outsider” persona anyway. Being an outsider comes with benefits, but it also comes with doubts. Am I opting out or am I just choosing what is best (sane) for me? Am I forfeiting the chance to get in the trenches of an organization or am I creating a conversation on the outside? I do know one thing: when I am in a consultant role, I get to leave the room after a meeting without anyone asking me to clear the snacks and wipe the table.

Rebecca, who took lessons for her personal life by thinking of herself as “Rebecca, Inc.”

To be honest, I haven’t thought much about Rebecca, Inc. since writing it. I typically write to expunge an idea from my brain I’ve been perserverating on for way too long. By the time I had written that piece, it was a fully formed idea that I was already trying to integrate into my life.

Rebecca, Inc. was the focal point in a rally cry to help me gain the security and traction I needed to feel comfortable voicing my needs. I rely less on that idea as I am much better at not only understanding my needs, but also asking for them. That is not to say I have it all  figured out, only that I’ve tried to integrate it holistically and move to the next agenda item, which is how to negotiate when my needs and another’s are in conflict.

Maybe it is time for Rebecca, Inc to review her negotiation tactics at work and see how they can be expanded into my life?